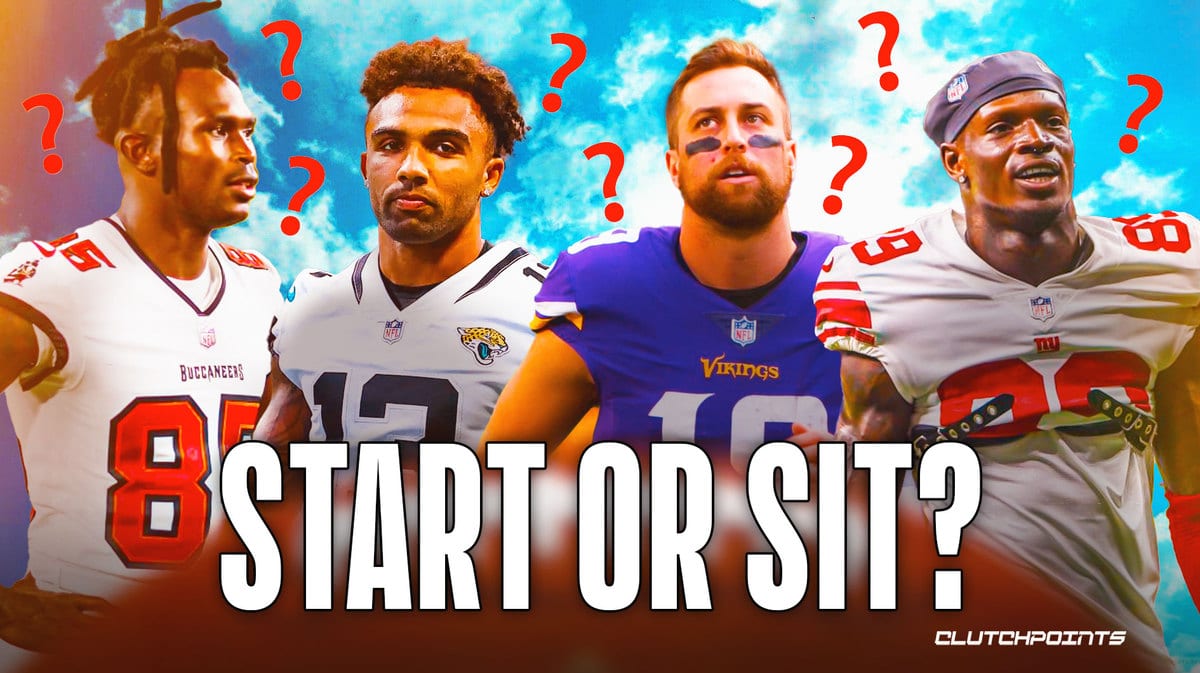 The opening week of the NFL season in 2022 was absolutely spectacular. There were a few surprises, a lot of close games, and some wideouts that shone under the bright lights. Moving on to Week 2, the fantasy football receiver options will be incredibly intriguing. Some wideouts want to recoup from poor Week 1 performances, while others want to build on their early success. With that in mind, here are our Week 2 start ’em sit ’em wide receiver recommendations.

Many joked about Christian Kirk and his hefty deal throughout the summer. He proved to be well worth the price in Week 1, however. Kirk was targeted 12 times, catching six of them for 117 yards. He also had 142 air yards, which was second only to Davante Adams. He is certainly the main focus of the Jaguars’ passing attack and may rapidly become a weekly fantasy football option. He’s a WR2 in Week 2 against the Colts, who allowed the second-most fantasy points to wide receivers last season.

Some by-the-numbers content for you guys: #Jaguars WR Christian Kirk accounted for 50 yards after the catch, an average of 8.3 YAC per reception on the day.

The Buccaneers will not have an easy matchup, but Julio Jones should benefit with Chris Godwin out. In his Tampa Bay debut against Dallas in Week 1, Jones had three catches for 69 yards on five targets, including a 48-yard reception. He also gained 17 yards on two carries. Jones has a long history with the Saints dating back to his days with the Falcons, and he has scored at least 14 PPR points in three of his last five encounters with the team.

In a challenging battle against the Saints, London put up respectable numbers in Week 1. That is particularly noteworthy given that he is a rookie who missed much of the preseason due to a knee injury. London equaled Kyle Pitts for the team lead in targets with seven and led all receivers in snaps (73 percent). London also led the Falcons in receiving yards (74) and receptions (five). Because the receiving depth behind him is so poor, London should be heavily targeted on a weekly basis. This week, he faces the Rams, who allowed the third-most fantasy points to receivers last season.

Last week, Adam Thielen was a flop. He produced only 6.6 fantasy points in a win against the Packers. The good news is that he played 95.2 percent of the snaps and ran 33 routes, which equaled him for the team-high with superstar Justin Jefferson. I’d forget about last week’s flop and flex him in what should be a pretty high-scoring game at Philadelphia on Monday.

Kadarius Toney appeared on only seven snaps for the Giants in Week 1. It wasn’t because he was hurt. The Giants just chose to sit their most dynamic receiver. He made plays in his two chances, but that was the end of the second-year receiver. We still believe he’s the Giants’ best option. While it is hoped that talent will triumph, he cannot be trusted at this time. Hold onto Toney, as he still has a lot of promise if he can earn a starter’s workload. Until we see him back in the rotation, however, he has to be one of our painful fantasy football sits in Week 2.

Giants WR Kadarius Toney not worrying about lack of snaps: "I get paid to play, not coach"https://t.co/Rc0BAdrhuf pic.twitter.com/2NKZbYyQan

Moore had seven targets, five receptions, and 49 yards in a game where Joe Flacco threw 59 passes. Not only did both Jets running backs have more targets than Moore, but so did rookie receiver Garrett Wilson and Corey Davis. This week, Moore faces a Browns defense that was fourth in fantasy points allowed to receivers a year ago. Moore topped all Jets receivers in snaps (89 percent), is still the team’s top option, and has always shown promise. However, given the QB situation, usage, and matchup, it is OK to avoid Moore if you have similarly ranked choices coming into Week 2.

Darnell Mooney had a milk carton game in the season opener, catching one pass on three targets and scoring 1.8 points. From that low total, there’s just one way to go, but we are not sure how high he can go against the Packers. After being beaten by Justin Jefferson and the Vikings, their defense should be motivated at Lambeau Field. Manage your fantasy football expectations with Mooney.

Last week against the Jets, Bateman had a touchdown and 13.9 fantasy points. He does have a much more difficult opponent this week. Remember that the Dolphins have allowed the fewest points to wide receivers since Week 12 of 2021. Furthermore, throughout that seven-game run, the opposing WRs have had 53 receptions but have only hit the end zone once. 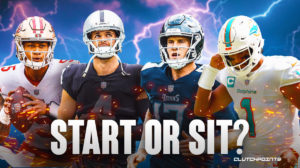