With the Kansas City Royals off to an impressively bad start to the season, it stands to reason that the roster will be blown up ahead of the trade deadline. The Royals have a handful of valuable trade pieces they could look to flip for a haul of prospects in order to expedite their rebuild. One player widely expected to be on the move is outfielder Andrew Benintendi, who has just one year remaining on his contract and has been enjoying a solid season for the Royals.

After a rough performance in Boston, which ultimately resulted in his exit, Benintendi has bounced back in Kansas City. The 28-year-old is slashing .316/.387/.404 with 3 home runs, 33 RBI, 34 runs, and 94 hits this season. Not only is he a tough out for pitchers, but Benintendi is also an elite defender, coming off his first-ever Gold Glove season in 2021.

There are various teams around the league who could use a reliable left-handed bat who hits for a solid average with a plus glove. With that in mind, here are the best fits for Andrew Benintendi at the 2022 MLB trade deadline.

The Yankees don’t have too many needs on their roster, but one area they could look to improve on is the outfield. Eventually, barring a red-hot streak, Joey Gallo will have to be relegated to a bench role. His production has been virtually nonexistent and he’s the definition of a three-outcome batter, though a strikeout has been far and away the most frequent outcome. With Gallo struggling, Aaron Hicks mired by a season-long slump, and the franchise seemingly unwilling to give Miguel Andujar a chance, perhaps a trade for Benintendi could be what this team needs in the outfield.

Andujar could potentially be included in the deal as a means of granting his trade request, and the Yankees would go from having Gallo’s .167 batting average in the everyday lineup to deploying a .300+ plus hitter in Benintendi.

If there’s one major need on the Brewers roster it’s some depth in the outfield. After moving on from Lorenzo Cain, the Brewers are shallow in terms of serviceable outfielders, and a move for Benintendi could help them upgrade from Tyrone Taylor. Cain’s biggest attribute was his stellar defensive capabilities, but with him out of the mix, the Brewers could use another top-tier defender patrolling the outfield grass.

Benintendi has been linked to the Brewers in the past, and with Hunter Renfroe on the Injured List, a trade for the 28-year-old makes even more sense for the Brewers. Milwaukee will be looking to make a deep playoff run this year, and in order to ensure they fend off the Cardinals in the NL Central, adding a talent like Benintendi would be a huge move.

The San Diego Padres are wholly expected to be big buyers at the trade deadline, having not lived up to expectations thus far into the season. While they’re still in a good position to make a playoff run, the Padres were hoping to compete with the Dodgers atop the NL West. Currently 6.0 games behind and having lost three out of four games in their recent series, it’s clear the Padres are still not on par with LA.

Andrew Benintendi could help change that. Benintendi could give San Diego a needed buff in terms of defense in the outfield, while also helping them with a reliable left-handed bat atop their batting order. Outfield isn’t a position of strength in San Diego so it stands to reason that they’d look to improve at the deadline, making Benintendi an ideal candidate. 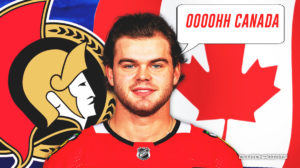