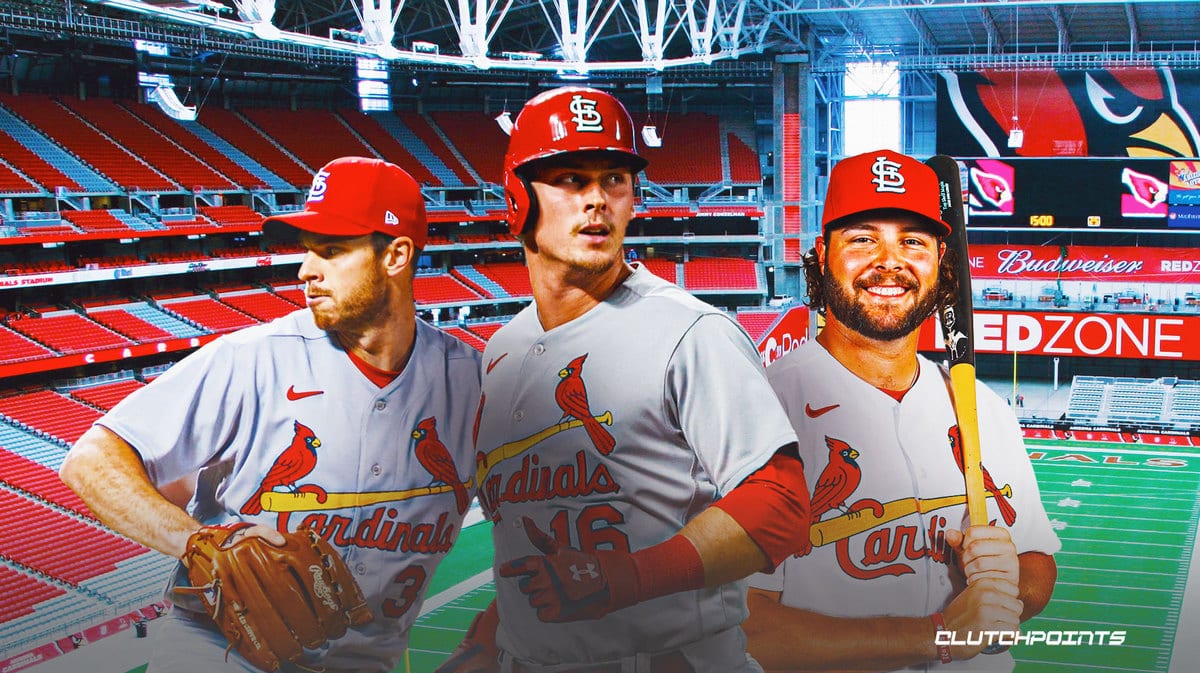 The St. Louis Cardinals had a hectic 2022 MLB trade deadline. They were one of the last teams in the running for superstar outfielder Juan Soto, but they ended up getting outbid by the San Diego Padres. Even though they didn’t come away with Soto, there’s no denying that the Cardinals had a solid trade deadline.

Whereas their top competitor in the NL Central labored through the trade deadline, the Cardinals added some quality pitchers that will help them make a playoff push this season. Jose Quintana and Jordan Montgomery will slot into the starting rotation, and Chris Stratton figures to be a solid addition to the bullpen.

But there are still moves the Cardinals need to make if they intend on making a deep playoff run this season. Let’s take a look at three of them and analyze how they could help St. Louis run away with the NL Central down the stretch of this season.

One of the reasons the Cardinals were so close to landing Soto is because they have an extremely deep farm system. They have five players in the MLB’s top 100 prospects list, and a couple of young players like Nolan Gorman and Dylan Carlson who are only beginning to make their mark in the majors.

One of the guys not in the top 100 prospects list is Alec Burleson, who is still clearly a very solid young player. Burleson has been raking at Triple-A with the Memphis Redbirds this season (.330 BA, 20 HR, 75 RBI, .918 OPS) and could very well help out on the major league squad down the stretch of the season.

After trading away Harrison Bader to the New York Yankees at the trade deadline, the Cardinals could use a bit of extra help in the outfield moving forward. Carlson, Tyler O’Neill, and Lars Nootbaar have all been inconsistent in their own ways this season, and while Corey Dickerson has been helpful off the bench, he doesn’t have the upside that Burleson has. There wouldn’t be much harm giving him a bit of runtime down the stretch of the season, and who knows, maybe he could develop into a consistent contributor in the process.

2. Send Steven Matz to the bullpen when he comes off the injured list

Steven Matz’s first season with the Cardinals has not gone as expected. He’s only made ten starts due to various injuries, and has registered an ugly 5.71 ERA in those outings. Matz’s absence is a big reason St. Louis went out and traded for starters in Quintana and Montgomery. And now that they are onboard, Matz is no longer needed in the rotation throughout the rest of the 2022 season.

Matz is still expected to return this season after opting not to get season-ending surgery for a torn MCL in his left knee. But when he comes back, he should only be used sparingly out of the bullpen rather than as a starter. Simply put, the Cardinals don’t need him at this point.

Quintana and Montgomery have been excellent in their first two starts with the Cards, adding some depth behind Miles Mikolas, Adam Wainwright, and Dakota Hudson. St. Louis is also expecting to get Jack Flaherty back off the injured list at some point too, meaning there isn’t room for Steven Matz in the rotation. Sending him to the bullpen would end up being the best course of option once he returns.

1. Start Nolan Gorman at second base

Gorman is one of the brightest young players in the game, and he has spent most of the 2022 season with the Cardinals. He hasn’t been granted a full-time starting role though, and that needs to change as soon as possible. The Cardinals are taking away opportunities to win by not playing Gorman on a daily basis.

Right now, manager Oliver Marmol’s preferred combination in the middle infield is Tommy Edman at second base and Paul DeJong at shortstop. DeJong was called up from Triple-A to replace Edmundo Sosa, who was traded at the deadline, and while he’s been better since his promotion, he’s still hitting just .188 on the season.

It’s clear at this point that Gorman needs to be in the starting lineup on a daily basis. Edman is a very solid fielder at many spots, and there’s no reason to leave him at second base when Gorman is clearly ready for a starting role. He could take over shortstop from DeJong, or move into the outfield and send one of O’Neill, Carlson, or Nootbaar to the bench. Whatever the case may be, Gorman needs to be in the starting lineup moving forward, and Marmol needs to figure out a way to get him more consistent playing time.