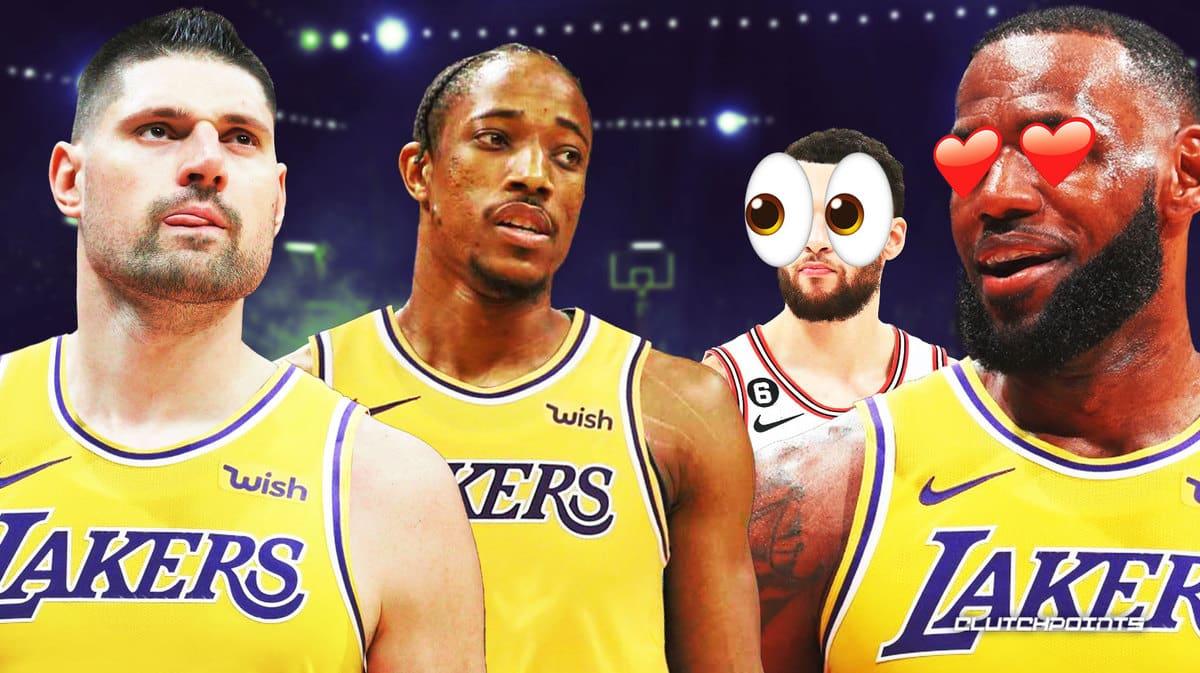 The Chicago Bulls are drowning. A 9-14 record, 12th place in the Eastern Conference, while winning just three of their last 10 games? Yikes. Something really needs to change.

The Los Angeles Lakers have reportedly internally discussed a trade that would send DeMar DeRozan and Nikola Vucevic to La La Land. In this hypothetical trade, the Bulls would receive former All-Star Russell Westbrook and the Purple and Gold’s 2027 and 2029 first-round picks.

With that said, there are plenty of reasons the Bulls must pull the trigger on this trade with the Lakers.

3. Mediocrity is a death sentence

In the modern NBA, front offices are willing to live and die through two paths: they want to see their teams in the top-6 seeds of either conference, competing with championship aspirations or at the very least some semblance of a route to the conference finals. Or, executives are willing to tank to the bottom, freeing up cap space for potential free agents, injecting confidence into young guns to see how far their ceiling truly is, and praying for a lottery ball to bounce in their favor.

Right now, the Bulls are taking neither path. They sit at the 12th seed, yet still shooting for the playoffs, where they are unlikely to make much noise. Considering that, it is time for general manager Marc Eversley to hit the eject button. This is not the group of guys that will make the Bulls a competitive team again.

DeMar DeRozan is still a bucket, but he is only getting older. Zach LaVine has not looked the same player post-surgery. And Nikola Vucevic’s deficiencies tend to overshadow what he really brings to the table. Lonzo Ball seems far away from a return to the court, never mind the player he was before his injury. It is time to let this team go. Hovering around the play-in tournament for the foreseeable future just further pushes back the inevitable tank.

2. The Bulls’ front office has to take accountability

The Bulls’ front office traded Vucevic for Wendell Carter Jr., Otto Porter, and two first-round picks. Looking back on it, the Bulls would probably hesitate to do this trade again, as Vucevic’s play simply has not warranted losing two first round picks and a serviceable young guy in Carter Jr.

They signed DeRozan to a three-year, $85 million contract, and inked Zach LaVine to a five-year max contract. That is a lot of money tied up to an aging star and injury-prone bucket-getter. Unlike the Vucevic trade, those are understandable mistakes, though. After all, front offices need to pay their stars to stick around.

But they also have to know when it’s time to start exploring options outside of those stars, and for the Bulls, it’s time to hit the reset button.

The Orlando Magic own the Bulls’ pick in the upcoming draft, barring a Top-4 selection. Tanking in hopes for landing in the Top-4 is not ideal, but coupling that potential shot with the Lakers’ picks make the trade much more enticing from the Bulls’ perspective.

In 2027 and 2029, LeBron James will likely be retired, or on his son, Bronny’s team. Anthony Davis could still be a Los Angeles Lakers player, but his contract will be up by then and he will be 33 years old in 2027. We saw what happened with the Lakers after Kobe Bryant retired, and the front office has already shown certain levels of incompetence during the LeBron era. Receiving those Lakers picks after losing valuable ones in the Vucevic trade could salvage the future of this Bulls team.

Picks can also be trade bait, rather than just taking a shot at an up-and-coming college or international athlete.

Russell Westbrook also holds a $47 million expiring contract. The Bulls are a historic franchise with some pull as a free agency destination. LeBron considered the Bulls when he first signed with the Miami Heat, as did Davis before he signed with the Lakers. This trade brings in valuable picks while freeing up cap space to sign free agents in the future.

With that, the Bulls should pull the trigger on this trade before the Lakers decide to look in a different direction.