4 bold predictions for Ousmane Dieng, Jalen Williams in their rookie seasons with Thunder 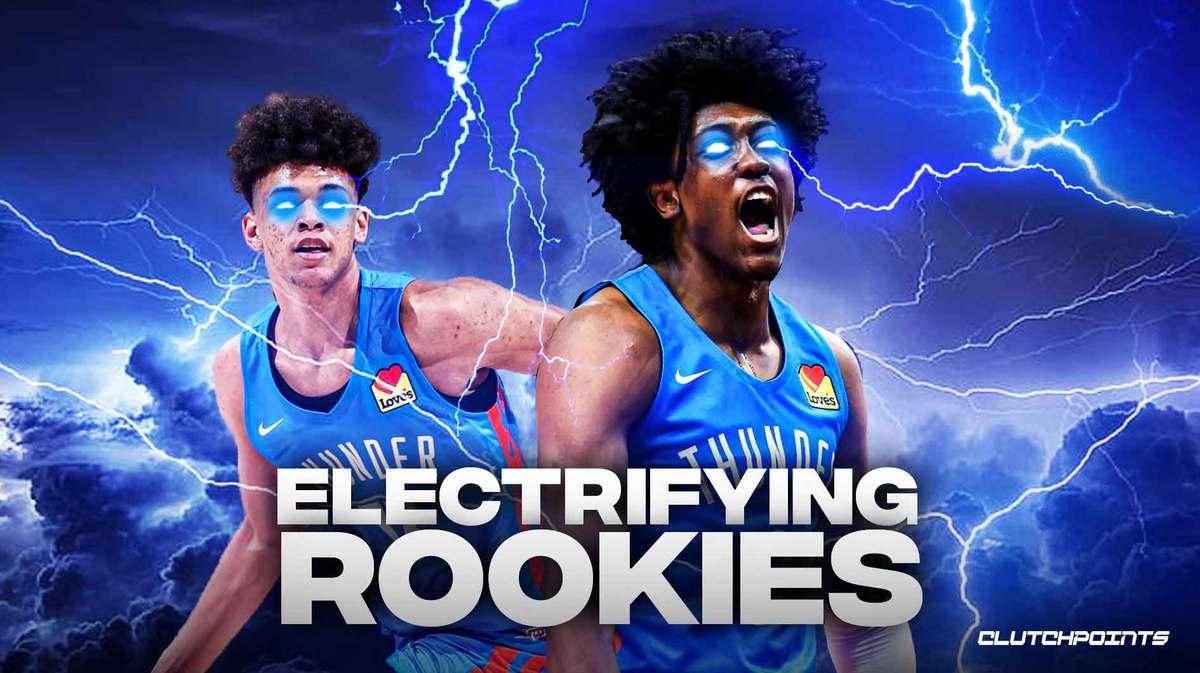 Even if much of the spotlight will be on Chet Holmgren, the Oklahoma City Thunder still have two other potentially electrifying rookies in Ousmane Dieng and Jalen Williams.

The 2022 NBA Draft represented the second stage of Oklahoma City’s rebirth for the new era. Sam Presti and his team successfully made some very intriguing choices with generally exciting upsides.

Let’s focus on Dieng and the first Williams — Jalen.

Picking Ousmane Dieng was clearly all about upside.

Presti has been keeping an eye on Dieng for quite some time now. Dieng saw a significant growth spurt while in France, moving him to the forward position by the time he signed with the New Zealand Breakers.

In this class, Dieng is the epitome of a high-risk, high-reward prospect. Dieng, who is 6’10 with a wingspan of 7’1, has displayed exceptional ball-handling and playmaking abilities for a player of his size. He possesses a smooth shot release, and his lateral agility enables him to guard a variety of positions on the floor.

As for Jalen Williams, his stock increased the most during this year’s draft scouting period. In his junior season, Williams assumed No. 1 duties on both ends of the court at Santa Clara. He eventually entered the draft lottery as a highly covert first-round choice.

Williams should be a really good fit for OKC. He possesses a wide range of attacking qualities that should complement star Shai Gilgeous-Alexander and Josh Giddey. At 6’5, he was forced to play small forward in college, but his guard-like abilities never diminished. In fact, he has a really sharp eye for passing the ball. He also made significant progress with his catch-and-shoot game. He was a 40% three-point shooter both on the move and in spot-up situations for the Broncos.

How will Dieng and Williams charge up the Thunder? Let’s see.

4. Dieng will be a good passing big

Ousmane Dieng demonstrated that he was a dynamic playmaker in the half-court and during transition during the little time he was in the NBL-Australia. He frequently slung passes past opponents with his massive wingspan and had a very silky grip for someone his stature. His offensive feel and awareness clearly stand out. Because of his length and excellent coordination, he can finish around contact when passing the ball around the hoop as well. He may not be at the caliber of, say, Nikola Jokic in terms of “big men who pass,” but he has the makings of it.

3. Dieng will be pushed around a lot

Opponents will bully the 19-year-old because of his frame. Despite this, the Thunder rookie should be able to put on weight and growth as he gets older. He currently depends heavily on floaters and runners to score near the basket because he hasn’t demonstrated the ability to consistently finish through contact yet. That could be a problem against bigger and longer defenders.

He does well defensively while playing in rotations since it gives him the freedom to roam around. When playing straight up in the post, however, he will get pushed around. Dieng won’t be able to stop an NBA finisher who is desperate to score at the rim.

On offense, Jalen Williams has a rare ability to scan the whole field when running the pick-and-roll. Game film shows that Williams observes every specific move being made on the weak side while the opposing defenses apply a certain coverage. He capitalizes by generally reading the coverage well and making the right decision. He also has an unusual talent for extending the play while waiting for the defense to decide what to do. Williams also has a knack for getting to the basket or using a nifty floater when needed.

Taking all these into account, Williams can spell SGA and Giddey without much of a dip in skill level or production. Instant offense off the bench? Big check.

Josh Giddey drops his 10th dime of the night to Jalen Williams for the slam!

1. Williams won’t have much upside

Having said that, Williams’ potential for advancement has been slightly capped because he’s already 21 years old. That already makes any rookie old by NBA standards. The Thunder do have a relatively polished piece who can instantly make an impact, but the big question is whether we’ve seen all Williams has to offer or not. Unlike Dieng, who clearly has a lot of growth ahead of him, the fear with Williams is whether this is as good as it gets.