The first season of Obi-Wan Kenobi just ended and it left Star Wars fans beyond repair. With how things ended for everyone’s favorite Jedi and Darth Vader, the hype for a potential second season is gradually growing out there. But before the brains behind Disney could decide whether Ewan McGregor would return to his iconic role, there has to be some sort of resolution to the questions left behind by season one. 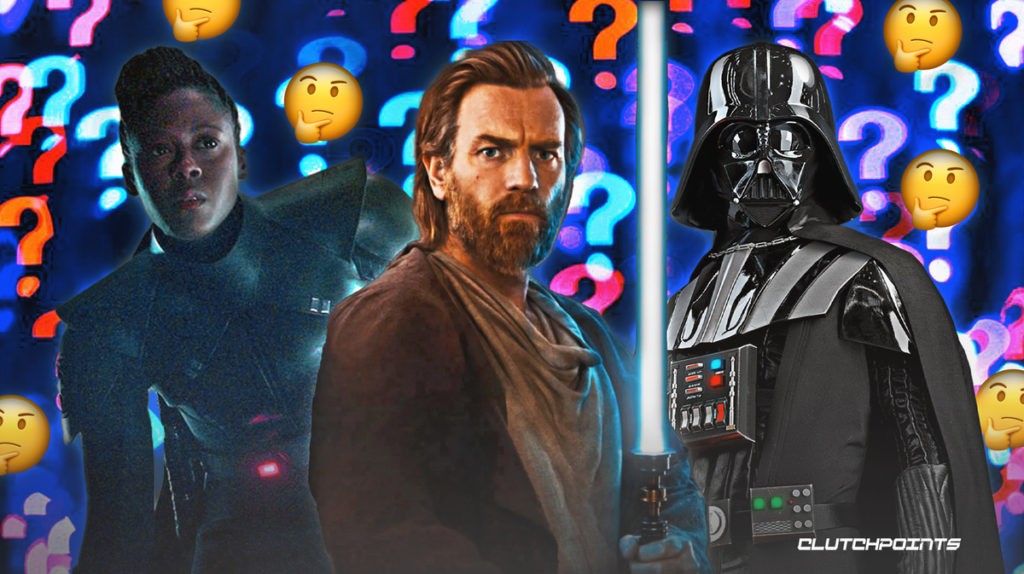 4. What happens to Reva after turning from the Dark Side of the Force?

For the better part of Obi-Wan Kenobi, fans saw Reva as a ruthless Inquisitor who made it her mission to rise above the ranks no matter what. In the early parts of the series, she wanted nothing more than to prove that her worth is way beyond her peers by capturing the titular character and presenting him to Darth Vader.

But as the series passed its halfway mark, Star Wars fans learned that the youngling shown in the beginning was confirmed to be Reva and how she knew that Vader was Anakin Skywalker himself. This led to the revelation that the Third Sister wanted to rise among the other Inquisitors so she could kill the Sith Lord herself.

Reva, a person so damaged by Anakin that she dedicates her life to do horrible things in service of the Empire just to get her chance at enacting revenge. What a powerful villain. pic.twitter.com/CXrHrKplBE

After being left for dead by Vader and failing to kill his son, Luke Skywalker, Reva is confronted by Obi-Wan on the sands of Tatooine. The old Jedi then tells her that she’s now free from the Dark Side and she has the freedom to become who she wants to be.

This ending for Reva begs the question of what will happen to her from that point on. Apart from Obi-Wan Kenobi, there has been no mention or any sighting of her character in the films or shows that lead up to Episode IV: A New Hope and beyond. But while that may be the case, she can still be used to great effect and expand the time between the rise of the Empire and its eventual downfall years later. What remains, then, is where she’s going to appear next and how much will she change?

3. What is Quinlan Vos’ role in this part of Star Wars history

During the third episode, Obi-Wan learns more of the Path as he and a young Leia Organa are led by Tala through a secret underground passage. At that point, Kenobi learns of other Jedi who have survived Order 66 and are now helping Force-sensitive children utilize the same path to escape the Empire. The most notable of these Jedi is Quinlan Vos.

In Star Wars lore, Quinlan Vos is a Jedi Master who originally had a larger role to play in the Clone Wars animated series before it was first canceled in 2015. His planned story was then adapted into a novel titled Dark Disciple, one wherein he and Asajj Ventress teamed up to assassinate Count Dooku. From that point on, little has been mentioned about Vos, that is until Obi-Wan Kenobi discovered he was still alive after Order 66.

Quinlan Vos has been one of the most intriguing Jedi masters. While his appearance on Clone Wars has been deemed too short, there is a chance he can return once again after being mentioned in Obi-Wan Kenobi. The question is how would he be integrated into the franchise’s upcoming projects, like Andor or The Mandalorian season 3. Whatever the case may be, this is a good chance for Star Wars to finally introduce Vos and give him justice after all those years not being used.

Without a doubt, the biggest surprise Obi-Wan Kenobi’s final episode delivered was Liam Neeson’s Qui-Gon Jinn appearing in the end. After meeting a very early demise at the hands of Darth Maul in The Phantom Menace, Kenobi’s old master has made his return to train him in achieving immortality through the Force.

My pitch for #ObiWanKenobi Season 2:

Force ghost training. Led by force ghost Qui-Gon, Kenobi would go through the trials, similar to what Yoda experiences in TCW. Any action scene would be a force vision. He would never physically leave the hut. Make it trippy and weird. pic.twitter.com/qrPB2R0alS

While there has been a simple explanation given by Star Wars: Clone Wars Season 6, the time for a live-action story that will fully tell how Obi-Wan learned of this ability from Qui-Gon is ripe. A potential Obi-Wan Kenobi Season 2 can address that and even make that angle its primary storyline. Whatever the case may be, this is an itch that should be scratched for Star Wars fans.

Right before their battle ended, Obi-Wan finally caught a glimpse of a burned Anakin Skywalker peering through the Darth Vader helmet. And while he gained the upper hand against the powerful Sith Lord, the Jedi master didn’t really take advantage of it and finished him off.

"I am not your failure, Obi-Wan. You didn't kill Anakin Skywalker. I did."#ObiWanKenobi #DarthVader pic.twitter.com/SQD0TBpnnt

In a sense, this potential act could’ve crippled the Empire’s efforts to snuff the Jedi out by eliminating the second most powerful Imperial Force user at that time. But even though killing his former apprentice out might have been tempting, the overwhelming regret Obi-Wan felt for Anakin could have led him to show mercy. In the end, Kenobi’s nature as a Jedi won over the temptation of destroying Anakin.

Although the green light hasn’t been given yet for the second season of Obi-Wan Kenobi, Star Wars fans are hoping that the questions it left behind can be resolved sooner than later. And with Andor and other upcoming projects from the franchise, it’s expected that more light can be shed on these matters.