Rumors have been swirling about Adele and her relationship with NBA powerbroker and LeBron James agent Rich Paul. With the pop singer’s latest Instagram post, the two seem to have gone IG official.

Check out Adele’s latest photo set posted on Instagram, with a sneaky third photo of her with Paul. The simple heart emoji caption is a nice little detail, too.

The Rich Paul-Adele buzz had been circling for months. The two made their first public appearance during Game 5 of the NBA Finals between the Phoenix Suns and Milwaukee Bucks. Check out the two looking cozy together

Rich Paul and Adele? Not even mad pic.twitter.com/4oZ24XP78M

Even months before that, Adele and Paul had already been rumored to be “hanging out”. During a May feature from the New Yorker, one excerpt from Isaac Chotiner’s encounter with Rich Paul detailed that he was spending time with a certain “major pop star”. 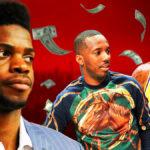 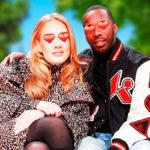 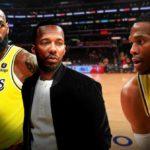 One afternoon in Beverly Hills, Paul and I walked into his living room with Mendelsohn. “She was over yesterday,” Paul said. Mendelsohn clarified whom he meant, dropping the name of a major pop star. “Doing what?” he asked. “Hanging out,” Paul replied.

Adele and Rich Paul are both giants in their own respective industries. May this power couple thrive together.