After Reid Detmers completed a no-hitter for the Los Angeles Angels in just his 11th ever start, Noah Syndergaard celebrated it in a way that looked like a shot at his former team, the New York Mets.

Syndergaard, who spent seven years with the Mets, made a comment about Detmers’ feat that suggested the Mets’ combined no-no was inferior. He then later clarified that he was not talking about New York and that they have a good team. The Angels’ veteran insisted he was only congratulating his younger teammate.

Hate to break to you, but this song ain't about you. This was about Reid, a great teammate, throwing a 1 pitcher No-Hitter, which is a rarity by today's game standards. Mets have a good team, enjoy that instead of stirring shit. As do the Angels, so drop the drama and move on. https://t.co/o296FZPbT9

The Mets opted not to pursue re-signing Syndergaard this past offseason, which led him to sign with the Angels. Not receiving a lot of interest from New York, who helped turn him into a star, disappointed him. Both sides have done well after splitting up, though. Both teams have top-four records in the majors and leading their respective divisions while Syndergaard has a 2.45 ERA so far this season.

If Noah Syndergaard truly does have an axe to grind with the Mets, he can show them what a real no-hitter looks like in June when the Angels come to town. 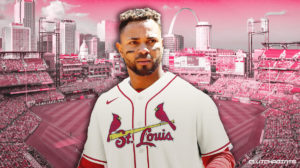