Bethesda calls Mick Gordon’s allegations a “distortion of the truth” 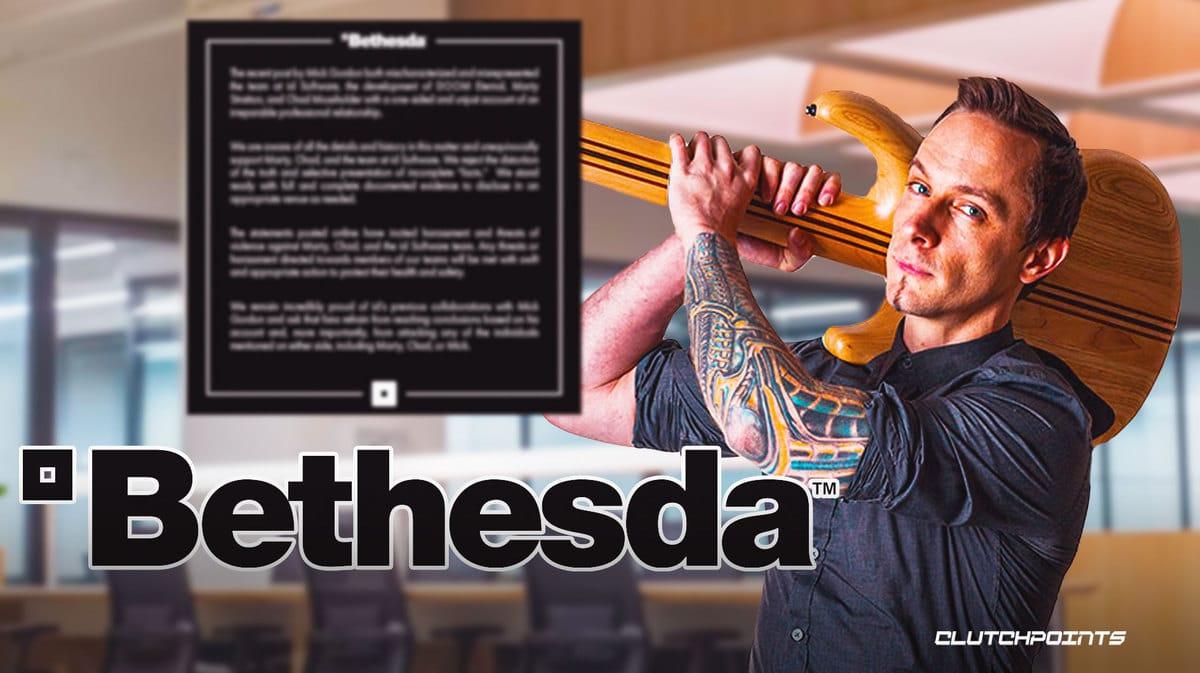 In response to Mick Gordon’s statement last week regarding his work on the DOOM Eternal OST, Bethesda released its own, calling Gordon’s allegations a “distortion of the truth.”

On its official Twitter account, Bethesda posted its response to Gordon’s 14,000-word statement regarding the DOOM Eternal soundtrack. Bethesda said that the statement “both mischaracterized and misrepresented the team at id Software, the development of DOOM Eternal, Marty Stratton, and Chad Mossholder.” They called the statement a “one-sided and unjust account of an irreparable professional relationship.” Bethesda said that they are aware of the details and history, and they “unequivocally support” Marty, Chad, and id Software. They called the statement a “distortion of the truth and selective presentation of incomplete ‘facts’.” According to Bethesda, they have “full and complete documented evidence” that they are ready to “disclose in an appropriate venue.”

Bethesda continues by saying that Mick Gordon’s allegations “incited harassment and threats of violence” to the parties involved. They said that these threats and harassments will be “met with swift and appropriate action to protect their health and safety”. They then finish off the statement by saying that they remain proud of id’s previous work with Gordon and that fans should not reach conclusions based on Gordon’s account alone. Lastly, they said that fans should refrain from attacking anyone from both sides.

The dispute between Gordon and id Software Studio, specifically Stratton, is not something new. Back in 2020, Stratton posted an open letter, regarding Mick Gordon’s work on the Doom Eternal soundtrack. The open letter supposedly explains what was happening behind the scenes, and basically says that Mick Gordon was the reason the Doom Eternal soundtrack did not live up to people’s expectations. Two years after, Gordon posted the statement linked above, sharing his side of the story. He starts off his statement by saying the following:

Marty lied about the circumstances surrounding the DOOM Eternal Soundtrack and used disinformation and innuendo to blame me entirely for its failure.

Gordon then continues by saying that he was offered a six-figure settlement to keep quiet. However, he decided that “the truth is more important.” Gordon called his statement “a defence, not an unprovoked attack.” He continues by saying that fans should not use his statement as an excuse for a hate campaign. He says that any hate campaign “won’t result in any positive change. In fact, it only makes things worse.” This means any of the attacks against id, Stratton, and Mossholder that Bethesda says are happening isn’t something Gordon wants.

If you want to read Gordon’s full statement, you can head over here. For more gaming news from us, click here.