In a surprising turn of events, the Cavs made a late night move into the 2016 NBA Draft, buying the 54th pick from the Atlanta Hawks and selecting Kay Felder, a junior guard out of Oakland. Cleveland is drafting Oakland guard Kay Felder with the No. 54 pick, buying it from Hawks, sources tell The […] 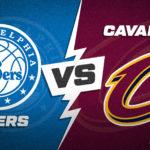