Giannis Antetokounmpo missed his first game of the season on Saturday against the Oklahoma City Thunder due to left knee soreness. It didn’t matter much as the Milwaukee Bucks cruised to a 108-94 win without the Greek Freak. He should be back in the lineup quickly, however. According to Eric Nehm of The Athletic, Antetokounmpo has been upgraded to probably for Monday’s game against the Atlanta Hawks.

The Bucks have submitted their injury report for Monday's game in Atlanta.

Behind Giannis Antetokounmpo, the Bucks had gotten off to an 8-0 start, the best record in the NBA so far. A six-time All-Star, Antetokounmpo was putting up a career-high 32.6 points per game, 12.9 rebounds, 5.8 assists, 1.0 steals and 1.5 blocked shots while shooting 55.3 percent from the field.

Antetokounmpo has been playing like the best player in the league and is clearly a front-runner for the MVP Award. It would be his third time winning the award as he took home the honors in 2019 and 2020. He had a 44 point game in a win over the Houston Rockets back on Oct. 22 and 43 points on Oct. 26 in a win over the Brooklyn Nets.

The Bucks have gotten off to the best start in franchise history and what’s been even more impressive is that they’ve been winning without key players such as Khris Middleton, Pat Connaughto and Joe Ingles who have all missed time due to injury. In the case of both Middleton and Ingles, they have yet to make their 2022-23 season debuts. 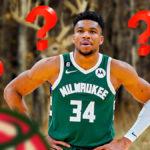 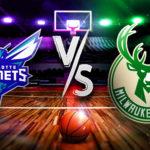 One thing is for sure though, these Bucks are a legit title contender this season. They will be even scarier once they are fully healthy.