An unforeseen trade to the Chicago Bulls could be the best financial move young shooting guard Zach LaVine has involuntarily made, now setting himself as one of the hottest sneaker free agents in the open market.

The 22-year-old is expected to receive plenty of offers from brands like Adidas, a brand he wore through college at UCLA, also emerging as the top target of Chinese brands Peak, Anta, and Li-Ning, according to ESPN’s Nick DePaula.

His career-long outfitter, Nike, could allow LaVine to sign with any brand of his choosing, holding a clause that will allow them to match any incoming offer and retain him as an endorser.

Yet the two-time Slam Dunk Contest champion now has a massive boost due to the advantage of going from a small market in Minnesota to one of the biggest markets for sneaker fiends in Chicago, now gifted the opportunity to become the face of the franchise in the near future.

“The interest in Zach from a brand perspective was instantly raised when he went from being the third option in a small market to the primary option in a legacy market,” said Nima Namakian, LaVine’s agent at BDA Sports.

“He’s now in the same market that former MVPs Michael Jordan and Derrick Rose created their legacies in. Being the focal point in coach [Fred] Hoiberg’s up-tempo offense, focused on movement and spacing, plays to Zach’s strengths and should elevate his overall game and performance to an elite level.”

Giannis Antetokounmpo holds a similar clause from Nike, but unlike the Greek Freak, LaVine’s representation from BDA Sports has a history of landing its clients to Chinese brands — making him one of the wildest cards in the sneaker business this offseason. 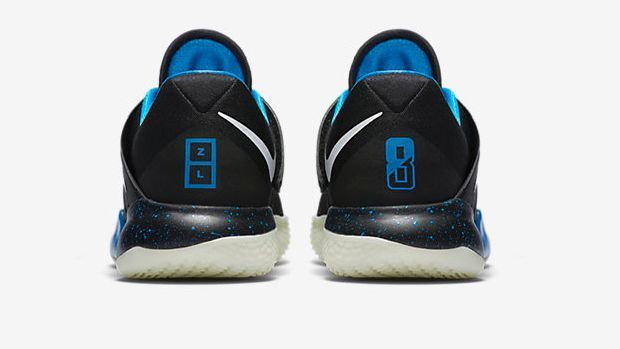 Lakers: How many titles should Kobe Bryant and Shaquille O’Neal have won together?

Anthony Davis: The glow up from tiny guard to NBA superstar

Ravens’ Lamar Jackson shows off football skills on a beach