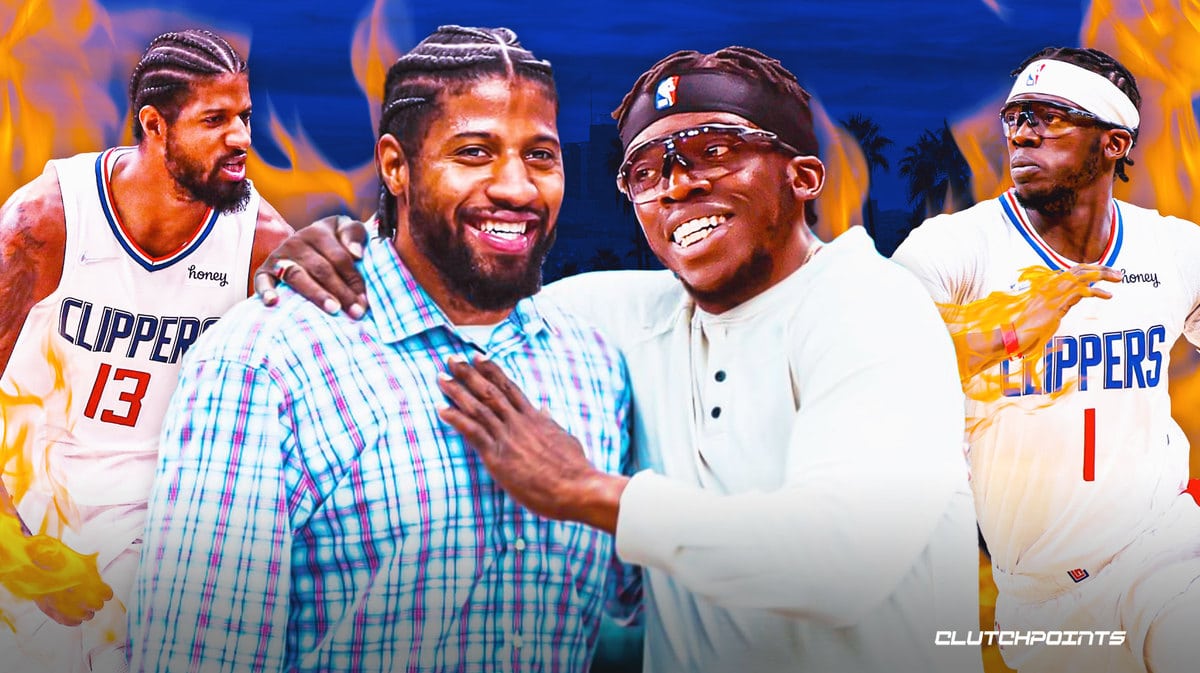 Reggie Jackson hasn’t been quiet about his feelings towards Paul George and the LA Clippers, often expressing how grateful he is for the organization. In speaking with campers on Wednesday, Jackson did it again.

Paul George held his annual camp in Southern California, where he had Reggie Jackson and some of their friends as guests. George spoke and gave advice to campers, but it was Jackson who reminded everyone not to let anyone take the joy out of something you love to do.

“When I was in Detroit, for myself, it was fun,” Jackson said. “The organization wasn’t… They didn’t have a lot of success. We made the playoffs when I got there. At the same time, I went through a lot of injuries. So like I said, going through the doubt, the naysayers, the criticism from fans. It really started making me question myself. It actually made me to the point where… Hopefully… Don’t let anybody ever do this to you in life, but take the fun out of the things that you love to do. Because I really was gonna retire.”

Jackson played nearly five seasons with the Detroit Pistons from 2015 to 2019. He signed a five-year, $80 million deal after being traded from the Oklahoma City Thunder, but struggled with injuries and inconsistencies.

He agreed to a buyout with the Pistons at age 29, unsure what his future would hold. He was then claimed by the LA Clippers, who were certainly influenced by the recommendations of Paul George.

“My lifeline, the reason y’all see me so happy is my brother here saved me,” Reggie Jackson continued. “He called me, told me they were gonna come get me. We laugh about it to this day because I actually blew him off. He was like, ‘yeah, we’re gonna get you.’ I was like, ‘yeah whatever.’ I was gonna retire. Like in my mind, I feel good. So he came and got me and we didn’t have the best year the first year I got there. I was able to kind of get healthy. I was playing with better players so I didn’t have to play as much.”

"It really started making me question myself [late in Detroit tenure]… Don't let anybody ever do this to you in life, take the fun out of the things that you love to do. I really was gonna retire. My lifeline, my brother here saved me." pic.twitter.com/06l7yEonp1

Jackson signed a two-year, $21.59 million deal with the Clippers following a strong 2021 playoff run. He didn’t start Games 1 and 2 of the first round against the Dallas Mavericks, which the Clippers both dropped.

Jackson then started the net 17 playoff games for the Clippers, averaging 18.9 points, 3.3 rebounds, and 3.5 assists on 49.6 percent shooting from the field and 42 percent from three.

Reggie Jackson, Paul George, and Kawhi Leonard will lead a healthy Clippers team to start the 2022-23 NBA season. In an exclusive interview with ClutchPoints this summer, Jackson says he just wants an opportunity to be healthy and showcase what this team can do.

“I think we’ve had some special years,” Reggie Jackson told ClutchPoints. “The last couple years have been fun. The front office has been doing a great job of acclimating as much as time as we can. I think we have the best coach in the league, like I always say, in Tyronn Lue, so he’s gonna find a way to make it all work. I think when things are all good, we all have one goal in mind and that’s to try to be the ones that’s the last ones standing.

“We just gotta stay healthy. Stay healthy, let time run it’s course, and we’ll see where we’re at at the end. I just want to have a great year where guys stay healthy. As long as we can do that, then I can live with the results.”