Colby Covington’s net worth in 2021

Colby Covington is a mixed martial arts fighter who currently competes in the Ultimate Fighting Championship. He was a former Interim UFC Welterweight Champion and is currently ranked No. 1 in the UFC welterweight rankings. In this article, we’ll take a look at Colby Covington’s net worth in 2021.

Colby Covington’s net worth in 2021 is $2 million. This is according to numerous reputable outlets, including Celebrity Net Worth.

Colby Covington was introduced to wrestling at a young age because his father was a wrestler during his time at the Oregon Institute of Technology and Southern Oregon University.

During his high school years at Thurston High School in Springfield, Oregon, Covington wrestled for four years and was a state champion at the 171 lb in his senior year.

He initially committed to Arizona State University, but his test scores were below par so he decided to attend Iowa Central Community College. As a true freshman, he held a record of 34-0 and won the 165 lb national junior college wrestling title. He was also roommates with future UFC champion Jon Jones.

After a successful year at Iowa Central, Covington transferred to the University of Iowa. However, he was arrested for eluding the police and driving under the influence which led to him being suspended from the school’s wrestling squad.

He looked for a fresh start and transferred to Oregon State University. Covington qualified for the NCAA tournament as a junior and a senior. He was an All-American in his senior year and was a two-time Pac-10 Conference Champion at 174 lb.

He graduated with a bachelor’s degree in sociology in 2011.

Colby Covington made his MMA debut on February 11, 2012, where he faced Chris Ensley at Midtown Throwdown 3. He won the fight via TKO in the 1st round.

He then won four straight fights under various promotions after his debut win. He played under Fight Time, CFA, and AFC. Two out of his four wins came from submission, and the other two were unanimous decision victories.

Covington made his UFC debut at UFC Fight Night where he faced Anying Wang. He won the match via TKO in the closing seconds of the 1st round. His next fight was against Wagner Silva and he won via submission in the third round.

At UFC 187, Covington faced Mike Pyle. Both fighters fought the whole 3 rounds, but Covington was declared the victor via unanimous decision.

His first loss in the UFC came in the hands of Warlley Alves at UFC 194. He lost the fight via submission after Alves secured a guillotine choke that forced him to tap out.

He then faced Rafael dos Anjos for the Interim UFC Welterweight Championship at UFC 225. Covington won the fight via unanimous decision.

Colby was scheduled to fight Tyron Woodley at UFC 228 for the Unified UFC Welterweight Championship. However, he was unable to compete due to nasal surgery. The UFC eventually replaced him with Darren Till and he was stripped of the interim title right before the Woodley vs Till fight took place.

Covington returned to the octagon to face Robbie Lawler as they headlined the main event of UFC on ESPN 5 titled UFC on ESPN: Covington vs Lawler. He won via unanimous decision and he set a record for most strikes thrown in a UFC match with 541 strikes.

He then earned a chance to fight Kamaru Usman for the UFC Welterweight Champion. The bout was scheduled for December 14, 2019, at UFC 245. Covington lost the fight via TKO at the end of the 5th.

Covington suffered a left mandibular fracture after a strike by Usman in the 3rd round, and he was knocked down twice in the 5th round. After the second knockdown, Usman barraged Covington with a flurry of strikes which forced the referee stoppage.

The Nevada Athletic Commission reported that Covington suffered a fractured right jaw after the fight. Despite that, he won his first Fight of the Night award.

On September 19, 2020, Covington faced Tyron Woodley at UFC Fight Night: Covington vs Woodley. He was dominant throughout the fight en route to a TKO win after Woodley suffered a rib injury.

After the win, Covington demanded a rematch against Kamaru Usman for the UFC Welterweight title. Soon after, the rematch was scheduled at UFC 268 on November 6, 2021. Ahead of the fight, Usman praised Covington’s skill but said that he will still look to dominate Covington in the fight. 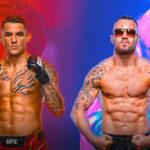 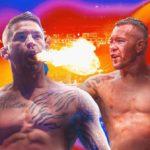 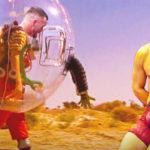 When the fight took place, both fighters went head to head for 25 minutes. Unfortunately for Covington, he lost the fight via unanimous decision.

According to The Sports Daily, Colby Covington has earned $2,411,000 in his UFC career.

He also has sponsorship deals with brands like Reebok, My Bookie, Alienware, and Bang Energy.

Aside from his MMA career, Covington also appeared in professional wrestling for Impact Wrestling and WrestlePro.

Despite an impressive 16-3 MMA record, Colby Covington is more recently known for his outlandish comments, tirades, and trash talks against his opponents. He notoriously called out NBA superstar LeBron James after his win over Tyron Woodley, even saying LeBron won’t last 10 seconds against him in the octagon.

Aside from LeBron James, Covington usually speaks out against his fellow UFC fighters and even his former teammates at American Top Team. This is why he described himself as the “super villain” of the UFC.

As of this writing, there’s still no indication on when his next match will take place and who he’ll be fighting against. All of the MMA fans will have to wait on when we will see the loud-mouthed 33-year-old back in the octagon.