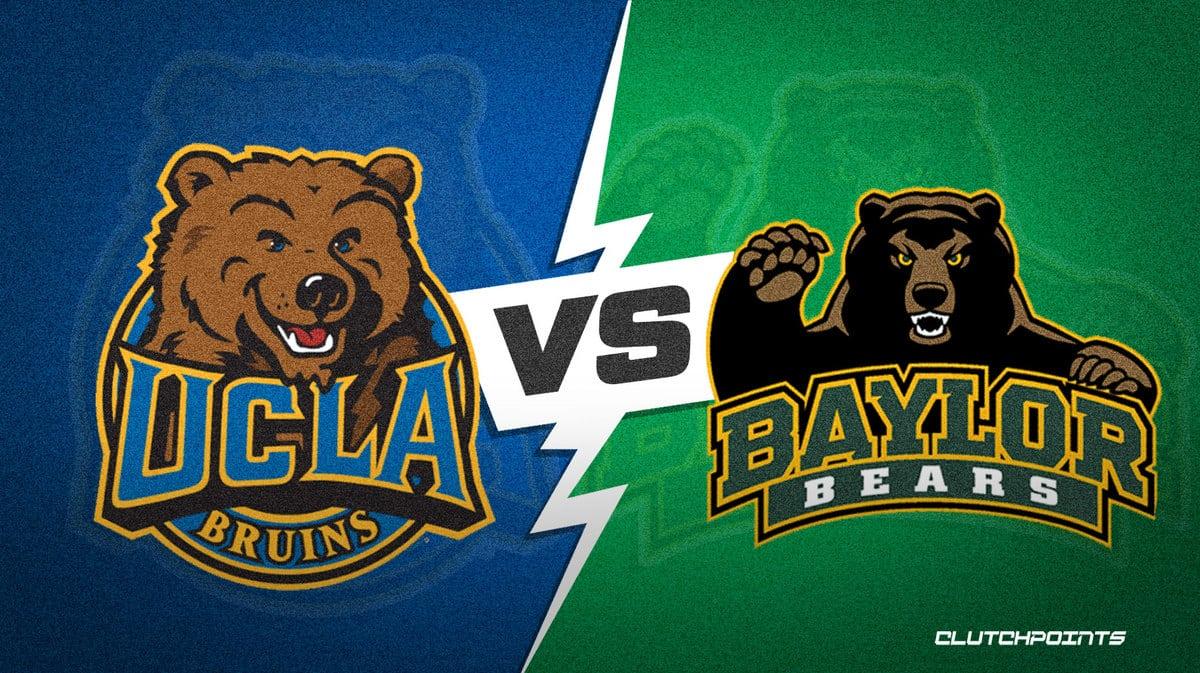 The UCLA Bruins take on the Baylor Bears in Las Vegas. Check out our college basketball odds series for our UCLA Baylor prediction and pick.

UCLA and Baylor almost met in the 2021 national championship game of college basketball. Baylor won its Final Four national semifinal against Houston. Then UCLA faced Gonzaga in a classic college basketball game which went down to the wire. If Jalen Suggs hadn’t hit the running bank shot at the end of regulation, UCLA would have gone into overtime with a great chance to win. Baylor would have been waiting in the title game.

Now these two bunches of bears get to play each other in Vegas.

On Friday in Las Vegas, Virginia’s offense shredded Baylor’s defense. That was a real shocker.

UVA tallied 56 points in the second half. Virginia’s leading scorers weren’t just filling the stat sheet; they all shot better than 50 percent from the field. That’s not the Baylor defense we have come to know under coach Scott Drew. That’s the defense which got torn apart by North Carolina in the NCAA Tournament. Clearly, Virginia coach Tony Bennett saw something he liked on film from that game, and Baylor did not have answers.

UCLA just got roasted on defense as well. Coach Mick Cronin prides himself on coaching tough defense and getting his teams to play with more intelligence and intensity than the opponent. That simply did not occur in the second half. UCLA did moderately well for the first 20 to 25 minutes, but Illinois took a blowtorch to the Bruins in the final 15 minutes.

Terrence Shannon, the transfer from Texas Tech, went off against UCLA. He scored 29 points on 9-of-13 shooting. The Bruins usually do not let opposing scorers go off like that. It’s a real gut-check moment, early in the season, for UCLA.

Courtesy of FanDuel, here are the UCLA-Baylor College Basketball odds.

UCLA lost to an Illinois team which has a transfer from Baylor, Matthew Mayer. Baylor not having Mayer leaves this team more limited in the new season. It was clear against Virginia that Baylor has a lot of adjustments to make, and it’s not clear if those changes can take effect quickly enough to make a difference in this game. Scott Drew had a day off on Saturday in which to implement some new tactics. Given that UCLA has the more veteran lineup, with Jaime Jaquez and Tyger Campbell returning this season, the Bruins probably will be able to navigate this game a little more smoothly than Baylor will.

Sebastian Mack commits to UCLA basketball, promises to ‘bring a lot of buckets’

The UCLA defense which Mick Cronin emphasizes in his coaching and practice drills has not shown up yet this season, at least not against a good opponent. UCLA was embarrassed by Illinois. If the Bruins can’t handle Illinois, they aren’t likely to handle Baylor. That is why Baylor is a slight favorite in this game, and with the point spread being relatively small, it almost feels like a pick’ em. You can trust that if Baylor wins, it will be by at least three points.

This game is going to be fun, but UCLA’s veteran experience tips the scales to the Bruins in this contest.