Dave Grohl is a musician, songwriter, and record producer. He is the founder of the popular rock band Foo Fighters where he is the singer, guitarist, and primary songwriter. He also served as the drummer for Nirvana for four years, from 1990 to 1994. He is considered to be one of the most influential rock musicians of the last 20 years. He is inducted twice into the Rock Hall of Fame; first as a member of Nirvana, and second as a member of Foo Fighters. In this article, however, we will be talking about Dave Grohl’s net worth in 2022. 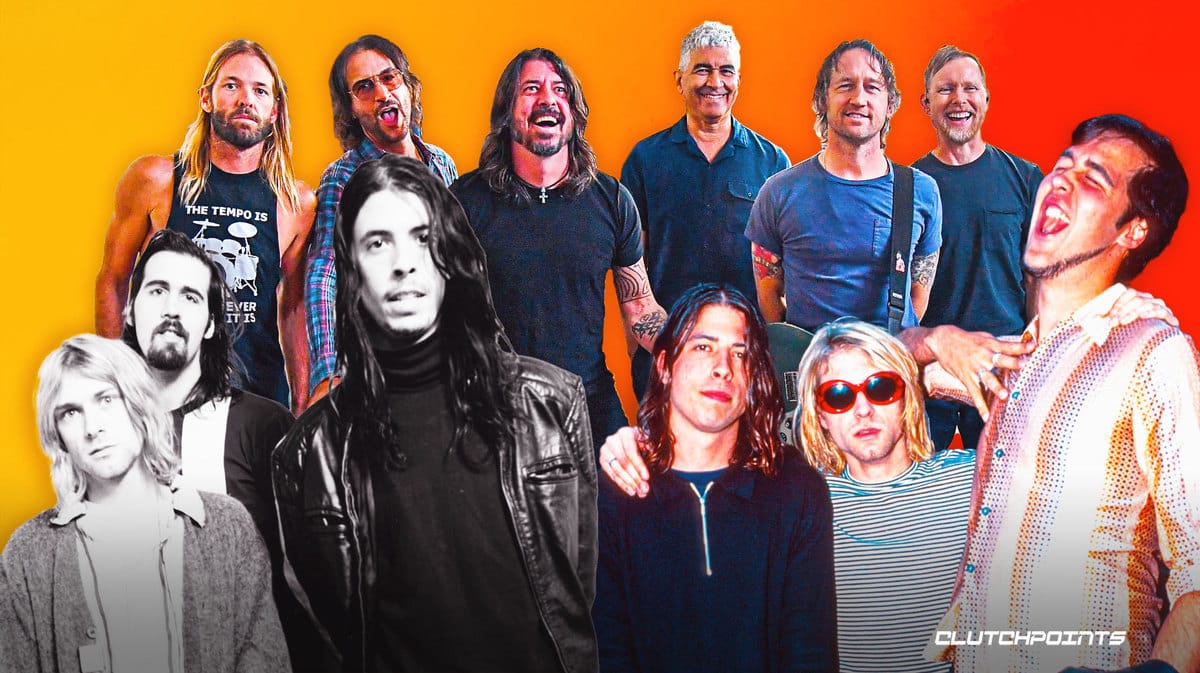 Dave Grohl’s net worth in 2022 is estimated to be $320 million. This is agreed upon by multiple reputable sources such as Celebrity Net Worth.

Before we dive into the journey and success of the Hall of Famer rockstar, let us learn more about where it all began and Dave Grohl’s upbringing.

David Eric Grohl was born on January 14, 1969, in Warren, Ohio. His mom, Virginia Jean, was a teacher, and his dad, James Harper Grohl, was a newswriter. Dave is of German, Irish, and Slovak descent.

His father was an award-winning journalist and he also served as a special assistant to Senator Robert Taft Jr. He was also described as a talented political observer who possessed the ability to call every major election with uncanny accuracy.

Unfortunately, Dave’s parents divorced when he was seven years old and he was raised by his mother. At the age of 12 years old, he started to learn how to play guitar. However, he grew tired of lessons and instead taught himself which eventually led him to play in bands with friends.

He went to high school at Thomas Jefferson High School in Springfield, Virginia, and was elected class vice president. He managed to play songs from punk bands like Circle Jerks and Bad Brains over the school intercom before his morning announcements. However, his mother decided to transfer him to Bishop Ireton High School in Alexandria because his cannabis use was affecting his grades.

Dave Grohl played in several local bands during his high school years, including the band called Freak Baby where he served as their guitarist. During this time, he taught himself how to play the drums. When the band kicked out their bass player, they reshuffled their lineup and Grohl switched to the drums and they renamed the band Mission Impossible.

He said that Rush drummer Neil Peart was an early influence on him. He then cited that Led Zeppelin drummer John Bonham was his greatest influence and he eventually had Bonham’s three-rings symbol tattooed on his right shoulder.

As a teenager in D.C., Dave Grohl auditioned for local Washington D.C. favorites Scream after their drummer, Kent Stax, left. He lied about his age, he was 17 years old at that time, in order to be considered for the position. To his surprise, the band asked him to join and he eventually dropped out of high school in his junior year.

From 1986 to 1990, Dave Grohl toured extensively with Scream. They recorded a couple of live albums and two studio albums, No More Censorship and Fumble, in which Grohl wrote and sang the song Gods Look Down. Unfortunately, Scream unexpectedly Disbanded mid-tour after their bassist, Skeeter Thompson, left.

During his time with Scream, Grohl became a fan of the rock band Melvins. During a 1990 tour stop on the West Coast, Melvins guitarist Buzz Osborne took Kurt Cobain and Krist Novoselic of Nirvana to a Scream concert. Grohl then called Osborne for advice and he informed him that Nirvana was looking for a drummer and gave him the numbers of Novoselic and Cobain. They invited Grohl to Seattle to audition and he eventually became part of Nirvana. This would, obviously, ended up to adding to Dave Grohl’s net worth in 2022.

When he joined Nirvana, the band had already recorded a couple of demos for the follow-up to their debut album Bleach. The initial plan was to release the album on Sub Pop, but the band received numerous interest from demos so they traveled to various labels to shop for a deal. They eventually signed with DGC Records in 1991 and they released their album Nevermind in the same year.

Unfortunately, on April 8, 1994, Kurt Cobain was found dead of a self-inflicted shotgun wound at his home. Due to this, Nirvana decided to discontinue their band. On April 10, 2014, Nirvana was inducted into the Rock and Roll Hall of Fame.

After Cobain’s death, Dave Grohl recorded a fifteen-track demo and played for numerous bands such as Tom Petty and the Heartbreakers and Pearl Jam. His demo received numerous interest, but he did not want the effort to be considered as a solo artist — so he recruited former Germs and Nirvana guitarist Pat Smear and William Goldsmith and Nate Mendel of the recently disbanded Sunny Day Real Estate to the Foo Fighters.

In July 1995, the Foo Fighters released their first self-titled album and subsequently went on tour for more than a year.

Almost two years later, the Foo Fighters released their 2nd album titled The Colour and the Shape in May 1997. This cemented them as a staple of rock radio and their album produced hit singles such as Everlong, My Hero, and Monkey Wrench.

At the end of 2001, the Foo Fighters began to work on their 4th album. After 4 months in the studio and the sessions finished, Dave Grohl agreed to join Queens of the Stone Age to help them record their 2002 album Songs for the Deaf. He then joined the band on a brief tour through North America, Britain, and Japan.

After his stint with Queens of the Stone Age, Dave Grohl gathered the Foo Fighters to re-record their album at his studio in Virginia. They subsequently released their 4th album titled One by One.

In November 2002, Grohl achieved a historical milestone by replacing himself on the top Billboard modern rock chart when You Know Your Right by Nirvana was replaced by All My Life by Foo Fighters. After that, No One Knows by Queens of Stone Age took the top spot. Dave Grohl was atop the Modern rock charts from October 26, 2002, to March 1, 2003.

On February 5, 2021, Foo Fighters released their 10th studio album titled Medicine at Midnight. It was originally planned for a 2020 release but the COVID-19 pandemic affected their plans, including the album tour.

Dave Grohl also had numerous projects aside from the bands he played for. He has been a musical guest for Saturday Night Live 14 times, more than any other musician. He also developed a thrash metal record for a fictional band named Dream Widow which was created for the 2022 horror-comedy movie Studio 666.

On top of that, Dave Grohl released his memoir on October 5, 2021,  titled The Storyteller: Tales of Life and Music.

Dave Grohl has cemented himself as one of the best rockstars of his generation, and his influence is iconic throughout the landscape of aspiring artists.

With all of that being said, were you surprised about Dave Grohl’s net worth in 2022? JUST IN: Memphis Grizzlies: 3 bold predictions for Game 6 vs Timberwolves in the first round of 2022 NBA Playoffs
Related TopicsDave Grohl