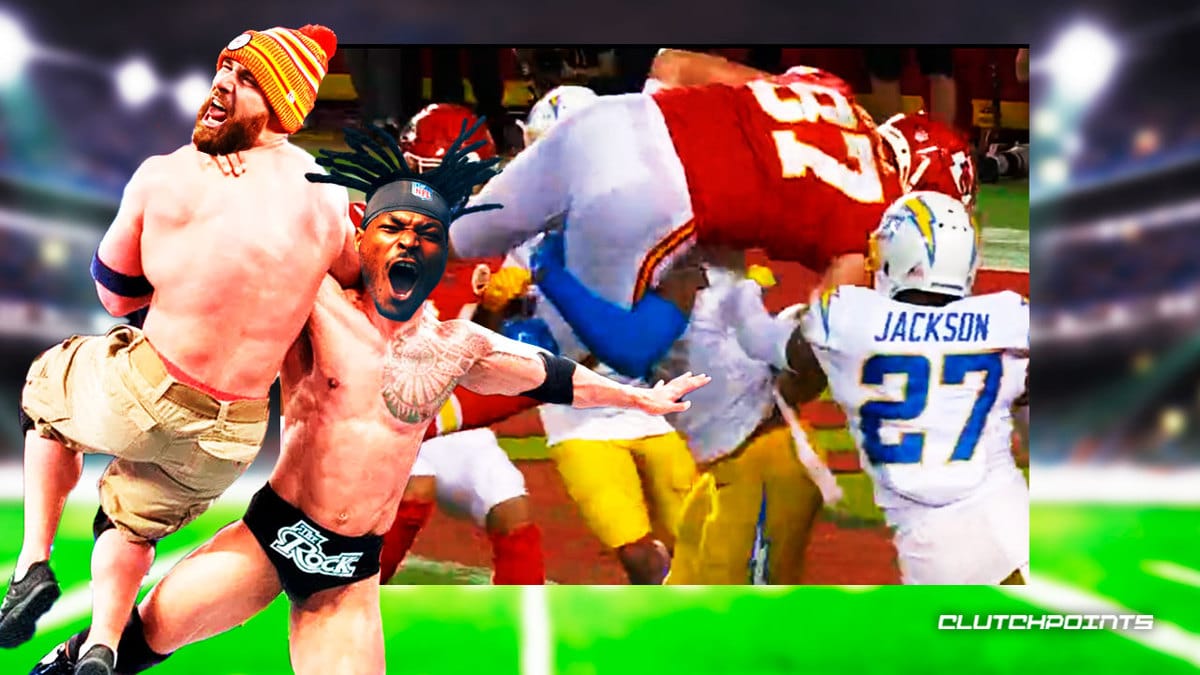 Derwin James of the Los Angeles Chargers is a bad, bad, bad man. Pretty much everyone knows that James is a terrific defensive player but in case some needed a reminder of how capable he is on that end of the field, allow us to show you this clip of James going full-WWE on Kansas City Chiefs tight end Travis Kelce in the second half of Thursday night’s game at Arrowhead Stadium.

Travis Kelce is not a small human being at all. The man stands 6-5 and easily weighs at least 240 pounds, but his frame did not matter to James at all. Kelce also had momentum on that play, as he was charging into the end zone with the potential touchdown score. The ball came flying out of Kelce’s hand after that heads-up play by James for the Chargers’ stop unit. It helped too that James is 6-2. Either way, it was quite a feat for anyone to do that to Kelce.

That moment singularly captures why the Chargers showed James the money in the offseason when they signed him to a four-year extension contract worth $76.5 million.

The Chargers knew heading into the last offseason that if they are to keep up with the Chiefs and dethrone Patrick Mahomes and company in the AFC West division, they need their defense to step up. That is also why they went out and traded for Khalil Mack. James, meanwhile, has been part of the Chargers ever since he entered the NFL in 2018 as Los Angeles’ first-round pick (17th overall).