The Los Angeles Dodgers lost closer Kenley Jansen to the Atlanta Braves in the offseason, and now they’ve made a big trade to try to replace him. The Dodgers have dealt outfielder AJ Pollock to the Chicago White Sox for future Hall of Fame reliever Craig Kimbrel, according to Mark Feinsand of MLB.com.

Kimbrel had a roller-coaster ride of a 2021 season, spending time with both Chicago teams. Kimbrel was a dominant closer for the Cubs, posting a minuscule 0.49 ERA and racking up 23 saves. However, the righty fell apart with the White Sox in a setup role, recording a 5.09 ERA in 23.0 innings and then struggling in the playoffs.

With Jansen gone, the Dodgers needed a closer, so now it looks like Kimbrel will get that role. While he has been a bit all over the place in recent years, he showed with the Cubs last season that he can still be a lockdown closer.

As for the White Sox, fans had been clamoring for them to get more help in the outfield, and specifically in right field. While Tony La Russa recently shot that notion down, Chicago has now made that move for an outfielder. While Pollock has primarily been a centerfielder in his career, he’ll likely take that right field spot on the South Side alongside Eloy Jimenez and Luis Robert in the outfield. 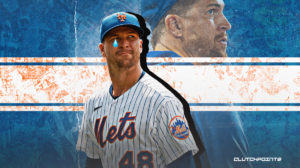