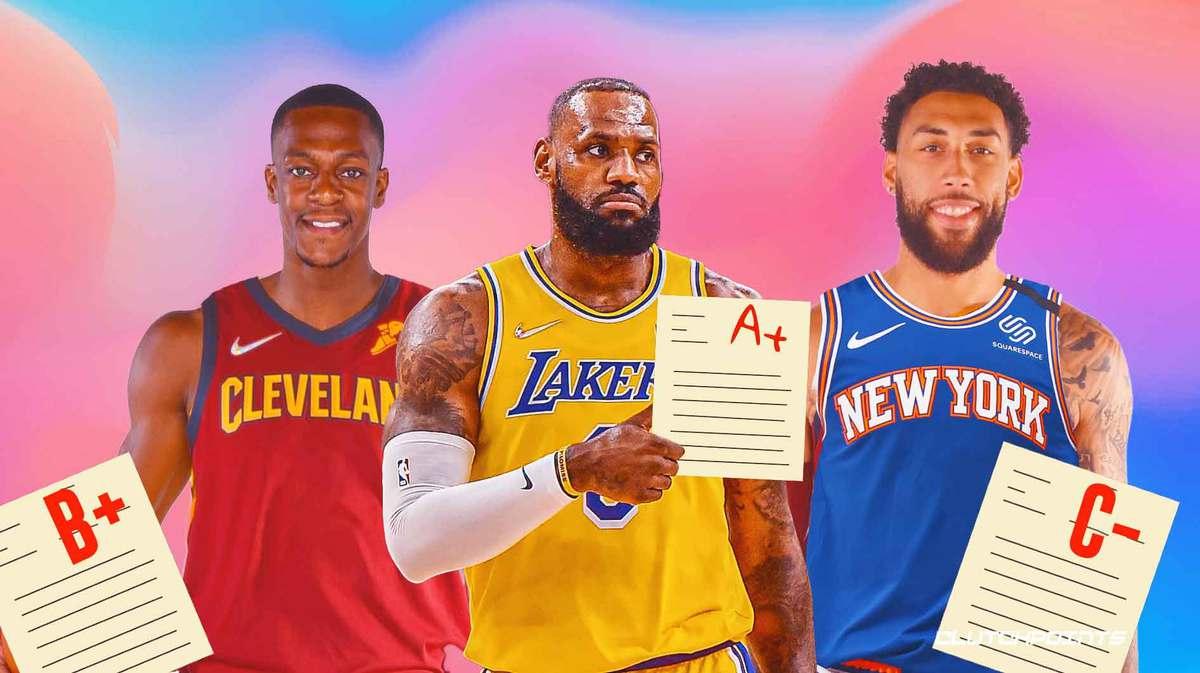 A three-team trade has gone down in the NBA, with the Los Angeles Lakers, Cleveland Cavaliers and New York Knicks. While it’s not a trade with any superstars, it features two solid role players in Rajon Rondo and Denzel Valentine.

The Lakers sent Rondo to the Cavs while they dealt Valentine to the Knicks. Valentine’s time in New York was short-lived as he has been waived. In order to complete a trade, everyone involved has to get something. Los Angeles acquired the draft rights for a player that is not expected to play in the NBA. Thus, the Knicks and the Lakers made this trade to free up cap room.

That being said, here are the grades for the Cavs-Lakers-Knicks Rajon Rondo trade.

The Cavs received a tough blow when guard Ricky Rubio tore his ACL, ending his season. He was having a bounce-back campaign and making a significant impact on winning basketball. Cleveland has shocked the basketball world by starting out 21-16, as many expected them to be near the bottom of the Eastern Conference.

In years prior, the Cavs would have likely brought up a young player from the G League to fill this void, but they pulled off a trade since they are in the playoff race. Although Rondo isn’t the All-Star he once was, he can still impact the game as a veteran leader and dynamic playmaker.

In the limited playing time with the Lakers, Rondo averaged 3.1 points per game along with 3.7 assists. These numbers don’t look great, but given a new role and more opportunity, Rondo can thrive as a playmaker off the bench.

The Cavs may not be a title contender just yet, but they are becoming more aggressive and making moves to get there soon.

The Lakers made a difficult decision to move on from one of their locker room guys in Rondo. While he wasn’t playing many minutes, it’s hard to move on from a player like this. His IQ and leadership can help other players on the team develop and grow.

The Knicks saved the Lakers approximately $4M in salary and luxury tax — and give LA the open roster spot that they wanted with the Rondo deal. Adding Valentine to deal gets his entire salary and tax off LA's books. https://t.co/g7x5Leb2ui

However, this trade made sense as it frees up cap space and a roster spot for a guy like Stanley Johnson. Johnson’s 10-Day contract has ended, and he played well enough to be signed for the remainder of the season. Johnson was a defensive stalwart that provided much-needed intensity and effort.

He played five games with the Lakers, starting in three of them. He averaged 6.8 points and 1.2 steals per game. Johnson was constantly diving for loose balls and making the hustle plays every time down the floor.

This trade was not finalized for multiple days, leaving many wondering why it took so long. That was answered as the Knicks jumped into the trade to create more cap space for themselves and the Lakers.

None of the draft-rights players are expected to play in the NBA, and essentially Knicks pocket $1.1M to jump on today's trade call with the Cavaliers-Lakers in the Rajon Rondo deal. https://t.co/244ZasxFzk

The Knicks have gotten off to a slow start this season after a good 2020-21 campaign. They are the 11th seed in the Eastern Conference and sit at 17-20. While this trade won’t turn their season around, it will help them in the future with creating some cap room.

New York still has a talented roster, and they need to turn it around soon.

This wasn’t a monumental trade, but it was beneficial for all three teams involved. Rondo will get an increased role with the Cavs, while the Lakers and Knicks create more cap room.