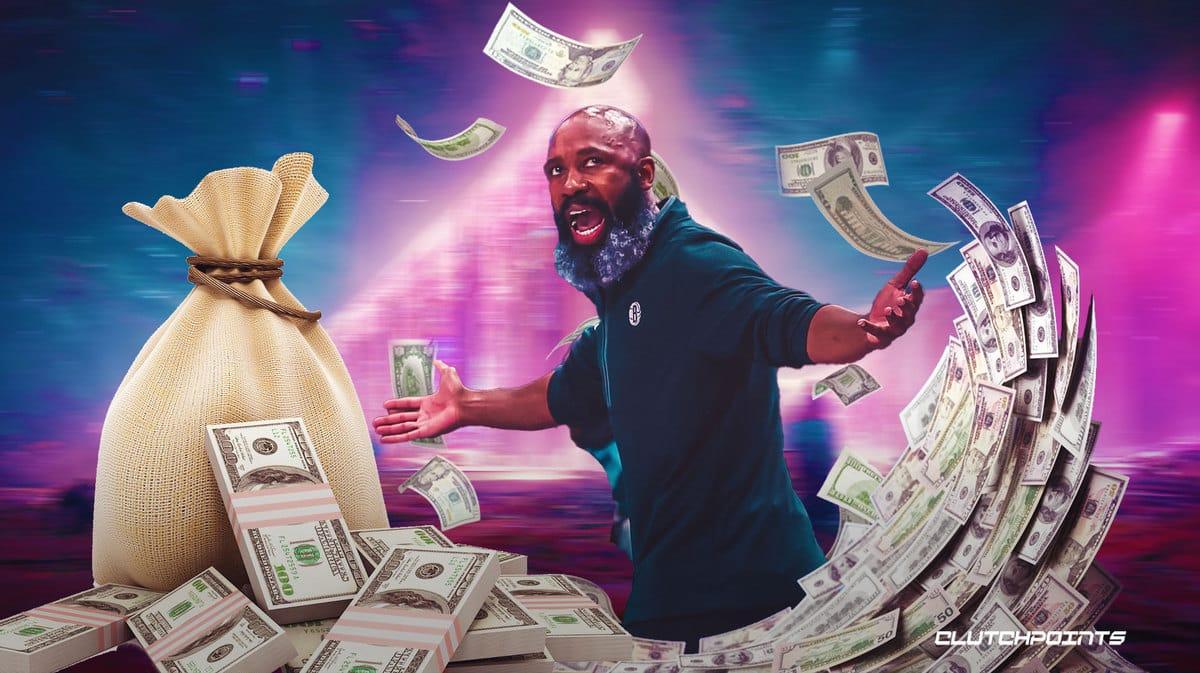 Jacque Vaughn is a former professional basketball player who suited up for the Utah Jazz, Atlanta Hawks, Orlando Magic, New Jersey Nets and San Antonio Spurs in the NBA. He currently serves as the head coach for the Brooklyn Nets. As a player, Vaughn is an NBA champion. For this piece, let’s take a closer look at Jacque Vaughn’s net worth in 2022. Jacque Vaughn’s net worth in 2022 is $10 million. This is according to reputable outlets such as Celebrity Net Worth.

Vaughn was born in Los Angeles, California. He studied at John Muir High School where he also played basketball. Vaughn was an excellent student-athlete who thrived on and off the court. As a student, he maintained a 3.94 GPA. And when he stepped on the court, Vaughn was a nationwide star, going on to win MVP of the prestigious McDonald’s All-American game.

With a stellar record academically and athletically, Vaughn was sought after by colleges including UCLA, UNLV, Kansas and Indiana. He would eventually play for Kansas. In four seasons with the Jayhawks, Vaughn averaged 9.6 points, 6.4 assists, and 3.0 rebounds per outing. Furthermore, Vaughn was twice named a consensus Second Team All-American and won Big Eight Player of the Year in 1996.

After playing four seasons with Kansas, Vaughn declared for the 1997 NBA Draft. He was selected by the Utah Jazz in the first round with the 27th overall pick. Vaughn eventually signed with the Jazz on a three-year rookie deal, worth at least $1.7 million. In his rookie season, Vaughn played mostly as a reserve behind the legendary John Stockton, averaging 3.1 points and 1.9 assists per game.

Three seasons later, Vaughn became a free agent. Although the Jazz were willing to let him walk, Vaughn returned to the team after signing a fresh one -year deal, worth over two million dollars. Vaughn played his final season for the Jazz in 2000-2001, where he put up a much-improved 6.1 points and 3.9 dimes per game and played in all of the team’s 82 games.

After his stint with the Jazz, Vaughn signed with the Atlanta Hawks on a deal that paid him close to $600,000 for the 2001-2002 season,s according to Hoops Hype. For Vaughn, his stint with the Hawks started on the wrong foot. He missed his first 22 shots from the field before making his first in his fifth game. In five games, Vaughn shot a horrendous 3.7% from the field overall. Nevertheless, Vaughn eventually found his range and ended the season by posting numbers of 6.6 points and 4.3 assists per game, while shooting 47% from the field.

Vaughn moved on from the Hawks and signed with the Orlando Magic a season later. The deal saw Vaughn pocket close to $700,000. With the Magic, Vaughn started the most games in his career with 48, posting 5.9 points and 2.9 assists per game. After his stint in Orlando, Vaughn returned to the Hawks, earning approximately $800,000 for the return stint.

The former Kansas guard then took his talents to the New Jersey Nets, where he would stay for two seasons. Based on reports, Vaughn signed a multi-year deal to play for the Nets where he earned over two million dollars. He averaged 4.3 points and 1.7 assists per game while playing backup to eventual Hall-of-Famer Jason Kidd.

After two seasons with the Nets, Vaughn found himself joining the San Antonio Spurs. He signed with the team on a one-year deal, worth the league’s minimum. Nevertheless, joining the Spurs allowed him to win his first and only NBA championship. Vaughn didn’t really post solid numbers when he was on the floor, averaging only 2.0 points, 1.3 rebounds and 1.0 assists per game in the NBA Finals. However, it was his veteran presence that helped the Spurs sweep a young LeBron James and the Cleveland Cavaliers for the championship in 2007.

Vaughn went on to play for the Spurs for two more seasons after signing a two-year dealworth $2.5 million. The NBA champion would then wrap up his playing career after the 2008-2009 season. He finished his career with averages of 4.5 points, 2.5 assists and 1.3 boards per outing.

Although Vaughn hung up his sneakers, he didn’t stay far away from the game. Vaughn served as an assistant coach for the Spurs from 2010 until 2012. After serving as an assistant to Gregg Popovich, Vaughn was hired as head coach of the Orlando Magic. Unfortunately, for two-and-a-half seasons, Vaughn could only stir the team to a dismal 58-158 record which led to his firing.

Vaughn eventually became part of the coaching staff for the Brooklyn Nets. However, he did have two stints as interim head coach. Vaughn served as interim head coach for the Nets during the 2020 NBA bubble in Orlando. He also held the same position after Steve Nash’s departure as head coach in early November of 2022-23. Vaughn was named the Nets’ full-time head coach about a week later. Reports say the franchise inked him to a deal through the 2023-2024 season.

Were you at all stunned by Jacque Vaughn’s net worth in 2022?