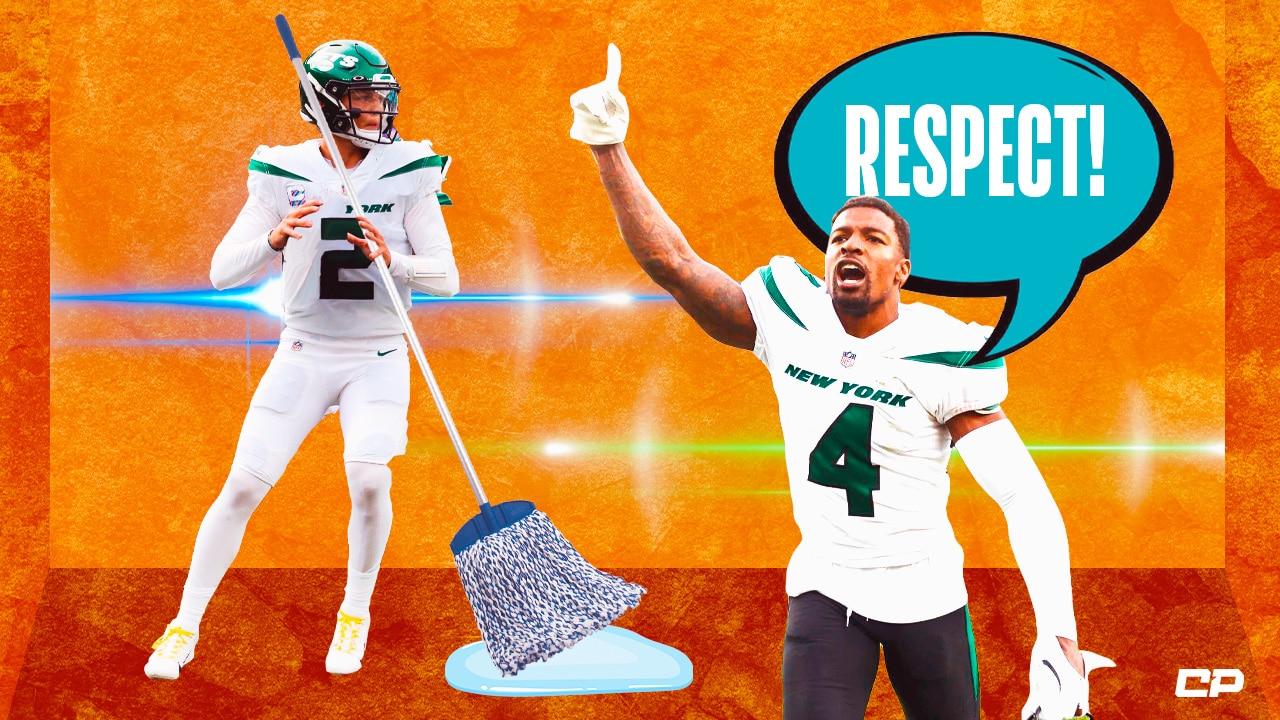 Zach Wilson’s simple response to whether he let his defense down in a 10-3 Patriots win on Sunday led to an apology at a Jets press conference on Wednesday, saying the first thing that came to his mind was the need to get back to working on his game.

“The way that I handled the situation wasn’t right,” Wilson said. “I have to be a better football player and a better leader for these guys.

“I have the opportunity to turn the page here as a player and as a leader. I need to take a step forward, be 100% for my guys and handle the situation correctly.”

The apology was taken well by cornerback DJ Reed and wide receiver Corey Davis, who said they were glad he addressed the team after Sunday’s situation.

“What he said was very genuine,’’ cornerback DJ Reed told The New York Post. “It came from his heart. It was very real. He definitely poured his heart out. If he didn’t already have it, he definitely earned and gained everyone’s respect from what he said today.’’

Corey Davis said he was behind both Wilson and White in a Wednesday conference, adding he was excited for the 27-year-old quarterback to step up and lead a passing offense that ranks 24th in total passing yards this season.

“He’s a vet. He’s been here for a while, so he knows how to run an operation pretty smoothly and get guys where they need to be.”

DJ Reed and the Jets will kick off against the Chicago Bears at 1 p.m. EST this Sunday in MetLife Stadium. The game will be broadcasted on Fox.