Job listing confirms the existence of a BioShock Infinite sequel

There’s always a lighthouse, there’s always a man, there’s always a city. The BioShock franchise excelled at taking its players on eerie adventures on the bottom of the sea (and up in the sky). Its latest iteration, BioShock Infinite closed its vast story by opening up the entire franchise to an infinite (sorry) number of possibilities. Unfortunately, no game release followed the considerable success of 2013’s BioShock Infinite. Now, the light at the top of the lighthouse seems to have been re-ignited. Job openings at 2K Games point towards the long-awaited follow-up to Infinite. It seemed as if we’d never get to return to the world of BioShock but now there’s hope.

The shutdown of BioShock Infinite studio Irrational Games spelled the end of the entire franchise. The final game pushed out an amazing storyline alongside meaty DLCs. However, fans still wished for more games in the emotional world of BioShock. Truly, the series didn’t need to die with the closing of Irrational Games. Every game in the series thus far came from a different studio. 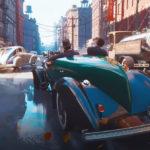 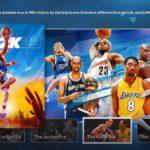 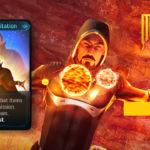 Cloud Chamber steps up to the plate almost eight years since Infinite released. The new studio posted openings for multiple positions on its development team. Their site unambiguously hints towards the next BioShock game. The studio claims to consist of mostly veterans from the series’ past games. Now, interested developers can test their luck out and apply for a position in either San Francisco, California, or Montreal, Canada.

The upcoming game in the series appears to move away from the linear format of its predecessors. The next BioShock game takes players on an open-world journey filled with an abundant number of quests and things to do. Elizabeth said it best when she described the Bioshock world full of Constants and Variables. Hopefully, the next game retains the heart and soul that made the first three games so famous.