Jon Jones is considered to be one of the best pound-for-pound fighters in the UFC. He holds a lot of UFC records in his career. Let’s now take a look at Jon Jones’ net worth in 2021.

Jon Jones’ net worth in 2021 is $3 million. This is according to numerous reputable outlets, including Celebrity Net Worth.

Born in Rochester, New York, Jones comes from an athletic family. He has two brothers that played for the NFL. His older brother, Arthur, was a defensive lineman for the Baltimore Ravens, Indianapolis Colts, and Washington Redskins. His younger brother, Chandler, was an outside linebacker for the Arizona Cardinals.

Jon Jones was a state champion for wrestling during his high school years at Union-Endicott High School. He also football played as a defensive lineman. His football coach gave him the nickname “Bones” due to his slight frame.”

He won a national JUCO championship with Iowa Central Community College before transferring to Morrisville State College to pursue a degree in Criminal Justice. However, he eventually dropped out to start his MMA career.

Jones made his professional debut in April 2008. Before signing with the UFC, he held a record of 6-0 in a period of three months. His last pre-UFC match was against Moyses Gabin for the USKBA Light Heavyweight Championship. Jones won the fight via TKO in the 2nd round.

He then signed with UFC and made his debut at UFC 87 against Andre Gusmão. Jones won via unanimous decision.

Jones secured a new four-fight contract with the UFC after his third straight win in the UFC.

On December 5, 2009, Jones fought Matt Hamill at The Ultimate Fighter: Heavyweights Finale. He dominated Hamill as he dislocated his shoulder after a takedown and unleashed a fury of strikes. Unfortunately, Jones was disqualified for the use of illegal elbows.

This marked the first loss in Jones’ UFC career. President Dana White criticized the decision of the referee to count it as a loss on Jones’ record and claimed that it should have been marked as no contest.

Jones then faced Ryan Bader on February 5, 2011, at UFC 126. Jones won the fight via a guillotine choke submission in the 2nd round as he gave Bader his first professional loss.

He was then chosen as the replacement for title contender Rashad Evans in his scheduled bout with light heavyweight champion Mauricio “Shogun” Rua for the UFC Light Heavyweight Championship.

Rua and Jones faced off on March 19, 2011, at UFC 128. Jones emerged victorious as he won via TKO in the 3rd round, making him the youngest UFC champion ever.

Jones’ first title defense was supposed to be against Rashad Evans, but he had to pull out due to a hand injury. Jones then made his first title defense against Quinton Jackson at UFC 153. He defeated Jackson via submission in the 4th round as he became the first UFC fighter to submit Jackson.

One of Jon Jones’ most memorable fights was the one against Alexander Gustafsson at UFC 165. It was a back-and-forth fight, but Jones prevailed via unanimous decision. Both fighters were sent to the hospital after the fight as they suffered lacerations and facial swellings.

The match earned both fighters the Fight of the Night award, and it was received with numerous positive responses. On March 8, 2020, it was announced that the fight will be inducted into the UFC Hall of Fame’s Fight Wing.

Following his successful title defense against Daniel Cormier at UFC 182, it was later revealed that he had tested positive for cocaine. He then checked himself into a rehab center following the reveal.

On April 28, 2015, Jones was stripped of the belt and was suspended by the UFC after a hit-and-run incident where he hit a pregnant woman and then fled the scene on foot. He was eventually reinstated to the active UFC roster on October 23, 2015.

Jones was then suspended two more times due to possible doping violations. 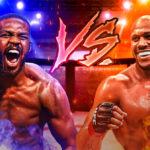 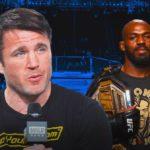 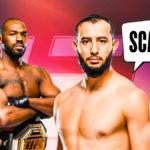 In May 2020, Jones vacated his UFC Light Heavyweight Championship after a conflict with UFC president Dana White. It was reported that Jones was looking for a Deontay Wilder-like payout, which is about $25-$30 million earnings, in his possible fight against Francis Ngannou.

Jones then expressed his desire to move up to the heavyweight division after he let go of his UFC Light Heavyweight title.

Despite being one of the most dominant MMA fighters, Jones was involved in a number of legal controversies such as the hit-and-run case, domestic violence and DUI arrests, as well as a couple of failed drug tests.

According to The Sports Daily, Jon Jones has earned $7,230,000 throughout his UFC career.

Aside from his fight earnings, Jones became the first MMA fighter to be sponsored by Nike on an international level, as well as the first fighter to have his own shoe line and be represented by Gatorade and Muscletech.

On December 16, 2014, Jones announced that he signed a sponsorship deal with Reebok. However, following his involvement in the hit-and-run incident, Reebok and Muscletech pulled out of their deal with Jones.

Currently, there’s still no sign on when we’ll see Jon Jones back on the octagon. But rest assured, if he gets his personal stuff together, there’s no question that we’ll see his dominance again.