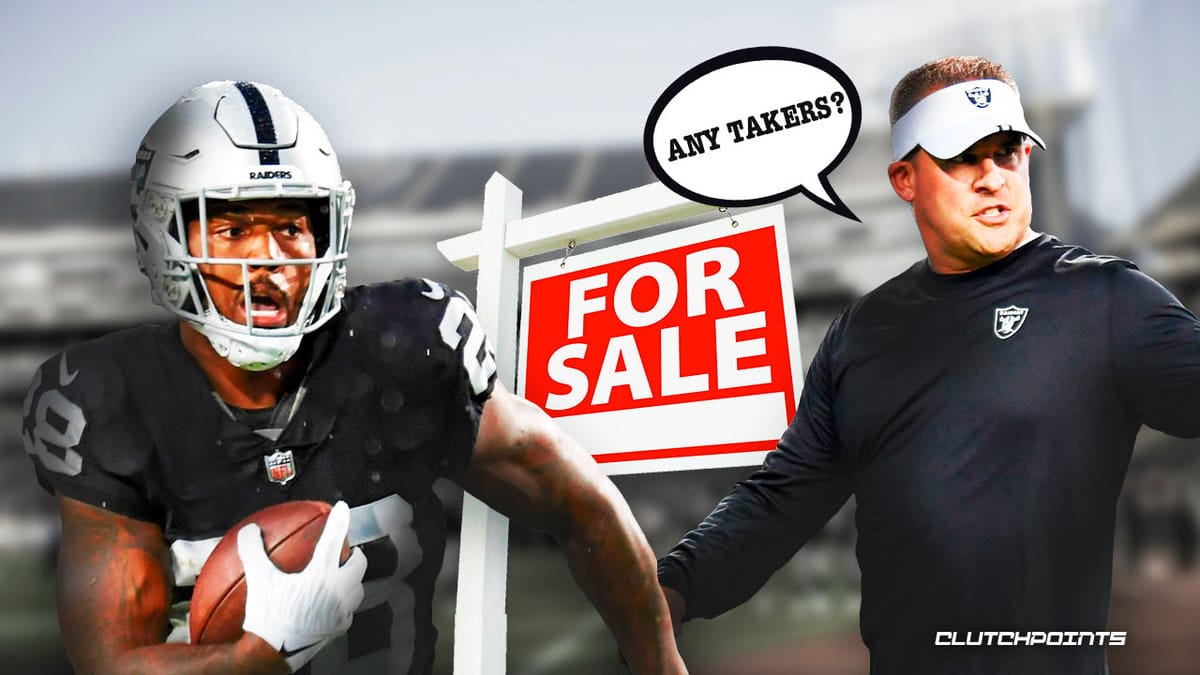 The Hall of Fame game is the most meaningless of all preseason games. It is a fourth preseason game for two organizations that kicks off less than two weeks after training camp opens for most teams. In the 2022 version, Jacksonville starters like Trevor Lawrence, Travis Etienne, and Josh Allen didn’t partake. Neither did Las Vegas stars Derek Carr, Davante Adams, or Maxx Crosby. Interestingly, though, Josh McDaniels did play Raiders running back Josh Jacobs.

Add that to the fact that new head coach Josh McDaniels comes from the New England Patriots, a team notorious for not paying running backs and taking a staunch backfield-by-committee approach, and the pieces start to come together.

It looks like Josh Jacobs is on the trading block.

If the Hall of Fame Game was, indeed, a showcase for potential Josh Jacobs trade partners, here are the three most likely destinations for the Raiders running back.

Chances are, if Raiders running back Josh Jacobs gets traded, it will be to a contender in need of another weapon. However, there is a chance that a bad team will look at the 24-year-old RB as a chance to get a long-term building block at a cut-rate price.

If that happens, the most likely team to call the Raiders is the Atlanta Falcons.

The franchise is in full rebuild mode in 2022, and if you don’t believe that, just look at the backfield.

Making a Josh Jacobs trade with the Raiders would be a massive upgrade at the position for the Falcons. The only question is, do they really think it’s worth it at this point of their rebuild?

After losing Chase Edmonds to the Miami Dolphins this offseason, the Cardinals will rely mostly on James Conner. The 27-year-old has plenty of talent but he is relatively one-dimensional and has already missed 16 games in his five-year career.

Arizona just invested $230 million in quarterback Kyler Murray, so getting him more weapons at a reasonable price should be a top priority.

If a Josh Jacobs trade from the Raiders to the Cardinals does happen, a Conner/Jacobs one-two punch would look nice in the desert. It would be especially helpful to establish an impressive running game early in the season, too, as wideout DeAndre Hopkins serves his six-game PED suspension.

Hey, have you heard? Tom Brady is 45! After the Great Retirement Fake-out of 2022, Tom Brady returns for (maybe?) his last season in the NFL. Whether this is or isn’t Brady’s Last Dance, every year with him at quarterback is a win-now situation for the Bucs.

Heading into the 2022 season, the Buccaneers backfield is uninspiring at best. The franchise lost Ronald Jones Jr. to the Kansas City Chiefs in the offseason and brought back the oft-injured Giovani Bernard and the 30-pounds-heavier Leonard Fournette.

Tampa Bay will do anything it can to win one more Big Game with Brady this year, and taking part in a Josh Jacobs trade with the Raiders could be one way to make that dream closer to a reality.