The Los Angeles Lakers fans are trying their best to woo 10-time All-Star Chris Paul. Paul had a terrific debut stint for the Oklahoma City Thunder last season which makes him a viable target for the 2020 NBA champions as they try to compete for a back-to-back crown.

A recent Instagram post suggested that the 35-year old might indeed be interested in moving to either New York or LA which Lakers fan are doubling down on. An artist who goes by the name of Maxxkii was all-in on Paul heading to the Lakers saying that Paul’s game would be a huge complement to LeBron James and Anthony Davis. The Laker fan went as far as mentioning that Paul having success in LA would be the only thing he needs to make it to the Hall of Fame.

The Brooklyn Nets forward and resident Instagram-commenter gave the Laker fan a piece of his mind and said that his hot take was laughable, at best. 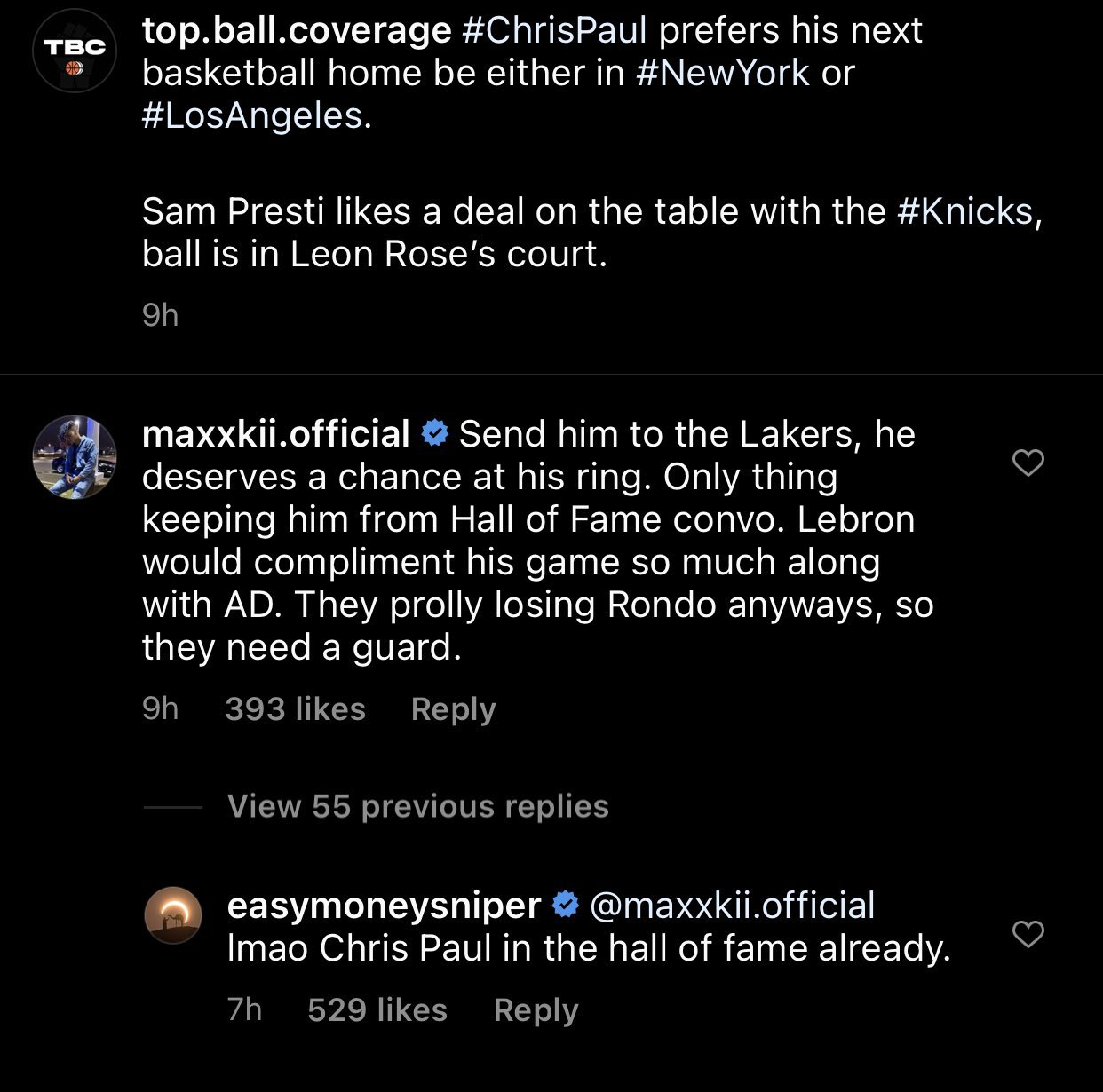 Durant never shies away from a good social media debate and he didn’t even need to pull out his burner account for this one.

Though Chris Paul is arguably one of the best players in the league right now who still hasn’t gotten his ring, his 15-season resume in the league should be more than enough to cement his HoF status. The one and only “point god” has had multiple All-Star worthy seasons in three of his four teams in the NBA so far. Paul has also led the league in steals and assists for a handful of seasons. Even if he ends his career without a championship ring, Paul has definitely earned his slot in the Hall of Fame and you’d be crazy to think otherwise.

Friday’s Grizzlies-Timberwolves postponed due to health and safety protocols

Ravens: 5 of the best free agent signings in franchise history