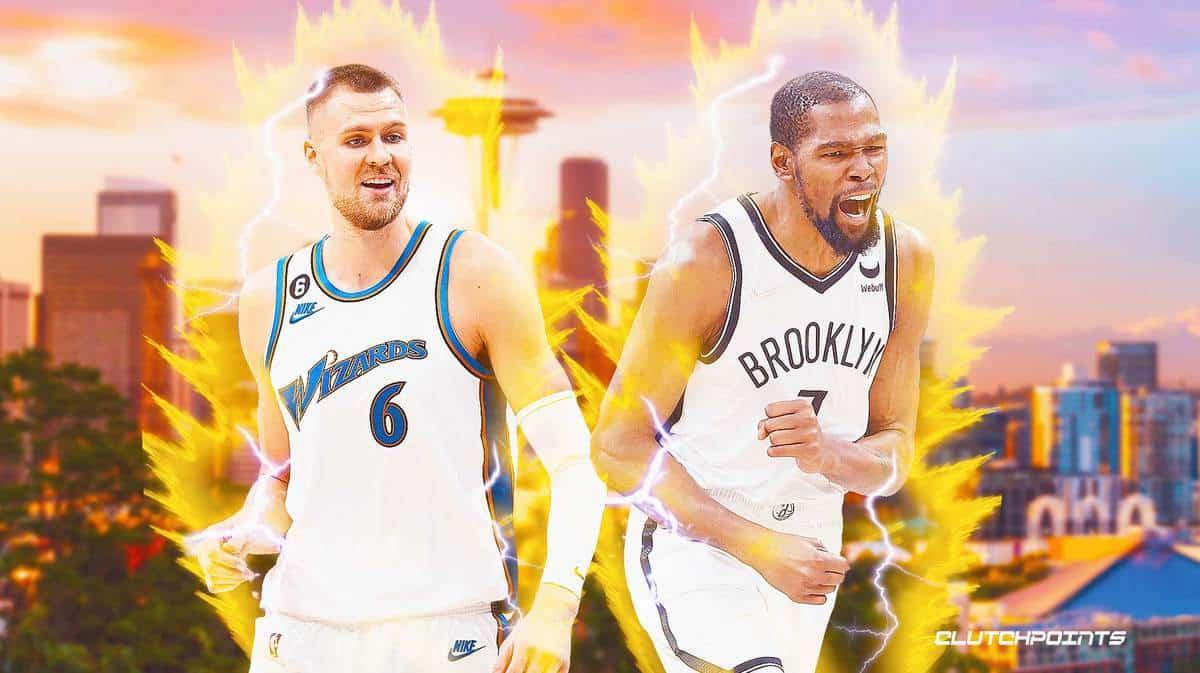 Two unicorns each had an extremely rare performance Monday night. On one hand, there’s Kevin Durant, who exploited for 45 points on 19-for-24 shooting from the field and 3-for-5 from deep, seven rebounds, five assists, two steals, and two blocks in just 39 minutes to lead the Brooklyn Nets to a 109-102 home win over Paolo Banchero and the Orlando Magic.

Meanwhile, Kristaps Porzingis also stitched together a ridiculous stat line. The Latvian star posted 41 points on 12-for-18 shooting from the floor, including six 3-pointers on 10 attempts, four rebounds, three assists, two steals, and three blocks to lead the Washington Wizards to a 142-127 home win versus the Minnesota Timberwolves. Porzingis collected all those numbers in just 31 minutes of action.

Kevin Durant and Porzingis truly put on incredible shows for their respective teams which were so rare they only happened twice before in the history of the NBA. Even more interesting is the fact that their statistical masterpieces happened on the same day, per Opta STATS.

There have been 2 times in NBA history where a player:

…all in the same game.

Both of them occurred today (Kristaps Porzingis, Kevin Durant)

Kevin Durant is 34, but he’s clearly now slowing down yet. When he’s on top of his game, he can be unstoppable on the floor. His combination of size, mobility, range, and accuracy from the perimeter is lethal for opposing defenses and there was barely anything the Magic can do to stop the former NBA MVP from having a night. The same can be said about Porzingis, who doesn’t have the resume of Kevin Durant but has the physical tools to embarrass defenses the same way KD does on an almost nightly basis.