Kylian Mbappe was not the first teenage athlete to reach world stardom in the football (American soccer) industry, but he made history in the 2018 World Cup at 19 years old and only continues to raise his profile as his career moves forward. Today, we’re going to look at Kylian Mbappe’s net worth in 2021.

His meteoric rise to the top of the list of France’s (and the world’s) elite football players was phenomenal. His accolades in the sport are overflowing and his global fame even earned him a 2018 front page for Time Magazine as a leader of the next generation. At 19, he was just the fourth football player after Lionel Messi, Neymar, and Mario Balotelli to grace the magazine’s cover.

While many teenagers across the world would’ve just learned how to drive or graduated from high school, Mbappe, at least for France’s biggest football club, was already worth a staggering $207 million. Paris Saint-Germain (PSG) agreed to the five-year contract in late 2017 to acquire the young star from AS Monaco.

Back then, he was the face of AS Monaco as their best striker, and he helped them demolish PSG’s dynasty in the Ligue 1 title. And then there he was, sporting PSG’s black stripes.

At the age of 18, Mbappe had a monthly salary of $1.7 million, making him the sport’s most expensive teenager. But that was just his salary.

To brands, this translates to marketability. Forbes reports that as of May 2020, Mbappe was earning around $33.8M yearly, with $13M of that number from endorsement deals.

Mbappe signed a 10-year, $187 million deal with Nike so long as he plays in a top-flight league. Nike released his first Mercurial shoe in December 2019.

Both he and Pele earned Hublot CEO Ricardo Guadalupe’s respect and admiration as the brand brings the two football legends together. In his speech, he said:

“The generosity of Pelé and Kylian can be seen in their eyes, as can their love of football. This flame, this inextinguishable strength, is what drives these two great champions. They are inspiring new generations of footballers and writing the history of football, so it was perfectly natural to bring them together. Having them in our family is a great source of pride and pleasure, because before being football stars, they are above all great men who command respect.”

The legendary football star has also earned deals from EA Sports, appearing in the FIFA 18 EA Sports game. In the 2019 edition of the game, Mbappe’s trademark celebration was even included. Another endorsement deal was in April 2019 with organic baby food brand Good Goût.

PSG president Nasser Al-Khelaifi even compared Mbappe’s worth to a fortune:

As with any athlete looking to enjoy their earnings, they, of course, pursue a lavish lifestyle that exudes comfort and luxury. 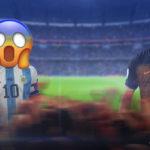 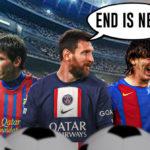 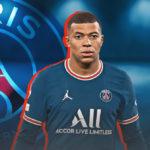 In 2017-2018, Mbappe led PSG to the Ligue 1 title. It was the same story in the season after that, and he won Player of the Year. He led Ligue 1 in goals in the shortened 2019-20 season and got them to the final of the Champions League, only to fall just short.

Many believe Mbappe will succeed Messi, Neymar, and Cristiano Ronaldo as the biggest star in the league. With his career getting traction at the ripe age of 22, the coming years for the young PSG striker may just see that speculation turn into fact. We’ll see if it happens with PSG or with another club.