Before anything else, let me get one thing straight. LeBron James isn’t going to be retiring anytime soon — at least as far as we know. The King still has a lot of gas left in the tank, and it would be an absolute shame if he decides to walk away from the game at this point in his career.

In a recent interview, Lakers owner Jeanie Buss shed some light on her current relationship with LeBron. The team governor loves the fact that James signed an extension with the Lakers recently, and admitted if it were up to her, she would want LeBron to play out the rest of his career in Hollywood (h/t ClutchPoints on Twitter):

“With LeBron we have a line of communication between the two of us, and he knows that he can reach me anytime and vice versa,” Buss said. “I think he feels appreciated. I know I appreciate that he signed an extension to stay here and continue to lead the Laker team. He’s a fantastic leader both on and off the court. I feel like we’re blessed to have him as a Laker. I want to see him retire as a Laker.”

"We have a line of communication between the two of us, and he knows that he can reach me anytime and vice versa. I think he feels appreciated… I want to see him retire as a Laker."

Jeanie Buss on her relationship with LeBron James

There’s one major roadblock standing in the way of LeBron staying with the Lakers, though, and that’s his earlier declaration of wanting to play with his son Bronny in the NBA once he becomes eligible for the draft in two years’ time. LeBron basically promised that he’s going to join whichever team drafts his first-born son.

Simply put, for LeBron to retire as a Laker, Jeanie Buss and Co. will need to draft Bronny in 2024. The question now is whether or not the Lakers are willing to go to these lengths in order to keep James in Hollywood. 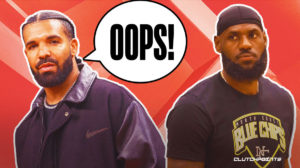