Russell Westbrook and Kevin Durant go way back. These two used to be one of the most explosive duos in the NBA during their time together as teammates with the Oklahoma City Thunder. This was before KD decided to jump ship to join the Golden State Warriors, and everything sort of went downhill from there in terms of their personal relationship.

It’s been many years since Durant and Westbrook’s unsavory divorce, and it seems that they have put this all behind them now. They’re far from being BFFs, but at least there’s no longer any beef between them — at least that we know of. Testament to this fact is KD promoting Russ’ Honor The Gift clothing line, which prompted a special shoutout from the latter (h/t Jonathan Sherman of Lakers Daily): 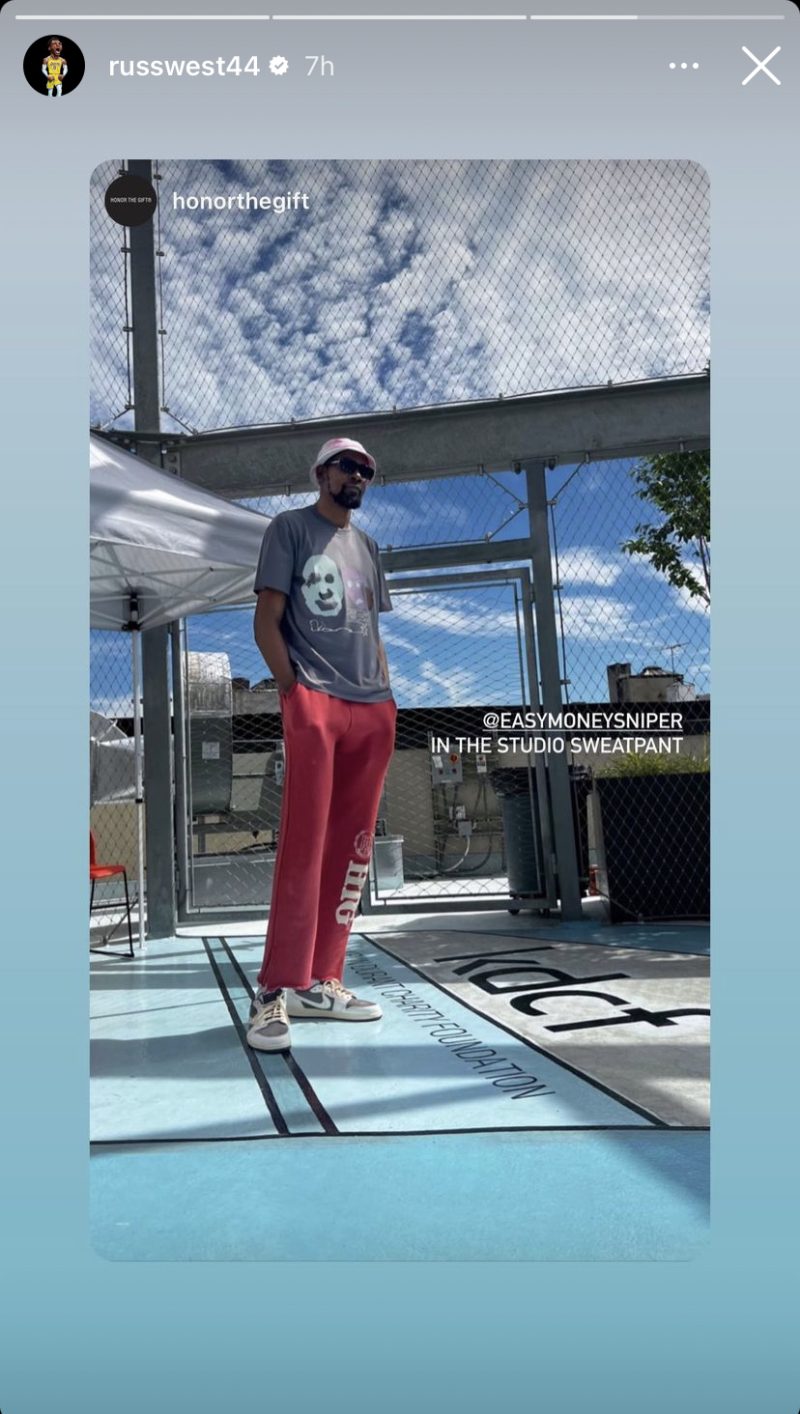 Westbrook shared a photo of Durant modeling his Honor The Gift sweatpants on Instagram. There wasn’t any special message on there, but it is clear that Russ appreciates the gesture from his ex-teammate.

Incidentally, rumors of a reunion between Russell Westbrook and Kevin Durant came to life this offseason. With the Los Angeles Lakers being linked to Kyrie Irving, it was reported that Russ could be on his way to join KD in Brooklyn. This now sounds unlikely, though, after Durant himself demanded a trade away from the Nets.

Be that as it may, a lot of folks (yours truly included) can’t help but root for a potential reunion between these two stars. At this point in their respective careers, it somehow just feels right.