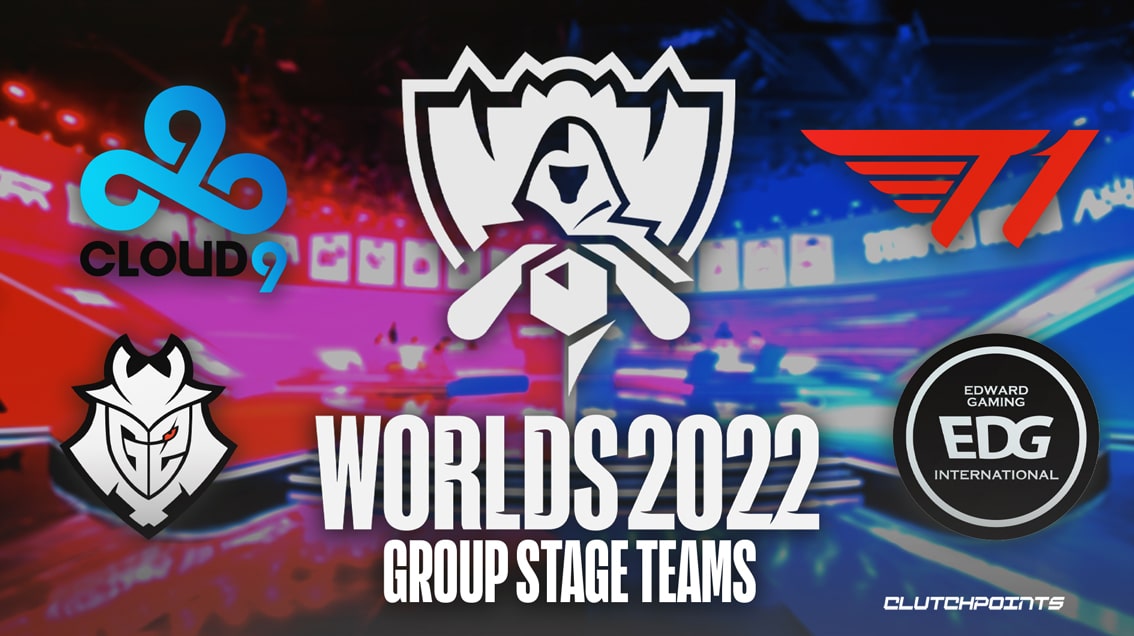 These are the 12 teams that will begin their journey to the Summoners’ Cup in the Group Stage of the League of Legends 2022 World Championship.

Fresh off of their LCS Summer 2022 win, the revamped Cloud9 with Jensen’s return and Zven’s roleswap to support looks to carry the momentum from their regional success to the international stage. It has been a rocky year for the organization, after controversy during the Spring split initially sparked by the release of ex-head coach Nick “LS” De Cesare.

100 Thieves returns to Worlds as the LCS 2nd seed. The organization has had a strong year, finishing 2nd place in both regular seasons. They were competitors for last year’s Worlds as well but did not make it through the Group Stage as they finished with a 3-3 scoreline. This squad is tried and tested – the last time they made a change to their starting roster was early 2021.

Rogue is still basking in the glory of their first ever regional title after winning LEC Summer 2022. After roster changes at the beginning of the year that saw Malrang and Comp join, Rogue looks to be at their strongest ever, prevailing over both Fnatic and G2 in one weekend. The mainstays Odoamne, Larssen, and Trymbi, alongside the newcomers, hope for a better result than last Worlds’ Group Stage exit.

A team that needs no introduction, the presence of G2 Esports in just about any international event is no surprise to anyone. Built around the world-renowned mid-jungle duo of caPs and Jankos, this new iteration of G2 is set to hop on the international stage for the second time after getting swept by T1 in the semifinals of MSI 2022.

The LCK 1st seed Gen.G Esports is comprised of incredibly decorated players. Each of these players are known to be among the best in their role, and together they look unstoppable. During the LCK Summer 2022, they swept fan favorites T1 3-0 in the grand finals.

T1 has experienced a considerable decline in their results during the previous LCK split, which resulted in T1 announcing a change in their coaching staff. Nonetheless, any team with Faker on it is a substantial competitor internationally, and now he is joined by another World Champion in Keria as well as Gumayusi, considered to be one of the best AD carries in the world.

DAMWON, with the return of Nuguri, now has three members of the roster that won 2020 Worlds. This team has found many successes both locally and internationally, and much is expected of them. Winning the Summoners’ Cup this time around not only adds another trophy to their rack, but also brings back the championship to the LCK.

LPL 1st seed JD Gaming finished the group stage of LPL Summer 2022 at 14-2, then proceeded to win all three of their playoffs matches, two of which were 3-2 against Top Esports, the LPL 2nd seed. The fact that they were able to stand out in an incredibly competitive region makes it interesting to see how they would fare internationally this time around.

The defending World Champions EDward Gaming did not change a single thing about their roster since their win. They’re not the LPL 1st seed, but the same 5 people that took over Worlds 2021 are back, and they do not intend on giving up the Summoners’ Cup.

Top Esports is the LPL 2nd seed and has two World Champions on their roster. Both JackeyLove and Tian have won Worlds separately, the former when he was a member of Invictus Gaming and the latter on FunPlus Phoenix. Now, they seek the Summoners’ Cup together.

CFO only finished in 4th place after the PCS Summer 2022 group stage, but they shone in the playoffs. They won four best-of-five matches in a row, even going through fan favorites and group stage first placer PSG Talon along the way. This is the org’s international debut, and they’re looking to make their mark.

Worlds 2022 marks the return of VCS representatives to Worlds after a few years of being unable to attend due to COVID restrictions. GAM has dominated VCS for years, and even made it to both MSI and Worlds in 2017.