Cristiano Ronaldo just returned to Manchester United last year, but the Portuguese superstar already has a wandering eye. However, while Ronaldo’s reps are “assessing interest from some of Europe’s top clubs,” his current club is telling him he’s not available for transfer this summer, per ESPN’s Rob Dawson.

Dawson lists Chelsea, Bayern Munich, Real Madrid and Paris Saint-Germain as clubs with links to Ronaldo this summer. But, again, Manchester United doesn’t want Ronaldo going anywhere. They “want and expect” the 37-year-old to be with the club for next season after he scored 24 goals for them across all competitions this past season.

Ronaldo has one year left on his contract, but Manchester United’s struggles last season despite his efforts are playing a role in his desire to look around the transfer market. United failed to qualify for the Champions League after finishing sixth in the Premier League. As his career winds down, playing in the Champions League is a priority for Ronaldo, who has doubts about Man U’s future amid a quiet summer thus far.

The hope for Manchester United is that they will come to an agreement with Barcelona on a move involving Frenkie de Jong. They’re also targeting Ajax’s Antony, though there are reportedly some concerns about his price tag. Bringing in Christian Eriksen is also a possibility, but a decision hasn’t been made there yet.

Manchester United just lost out on Darwin Nunez to Liverpool, which reportedly shifted their summer focus from striker to forward. New manager Erik ten Hag is hoping to make moves that will satisfy Ronaldo so that he will be happy at Old Trafford next season. 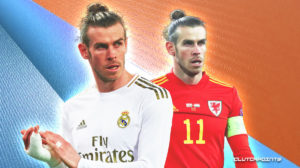