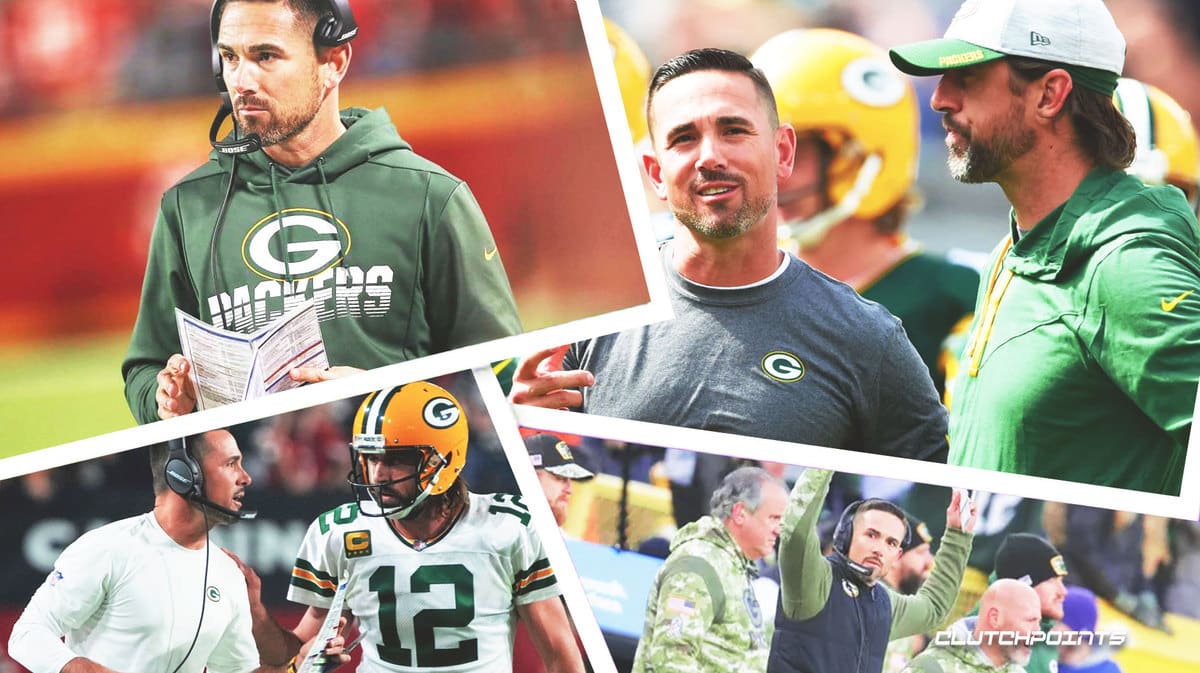 Matt LaFleur is a former American football player and a current head coach in the National Football League for the Green Bay Packers. Before getting his chance to be the head tactician, he bounced around different teams at the collegiate and professional levels. He caught the attention of many teams as he gained experience throughout the years. And now, he is leading the Packers as they aim to win the elusive Super Bowl. In this article, we will talk about Matt LaFleur’s net worth in 2022. 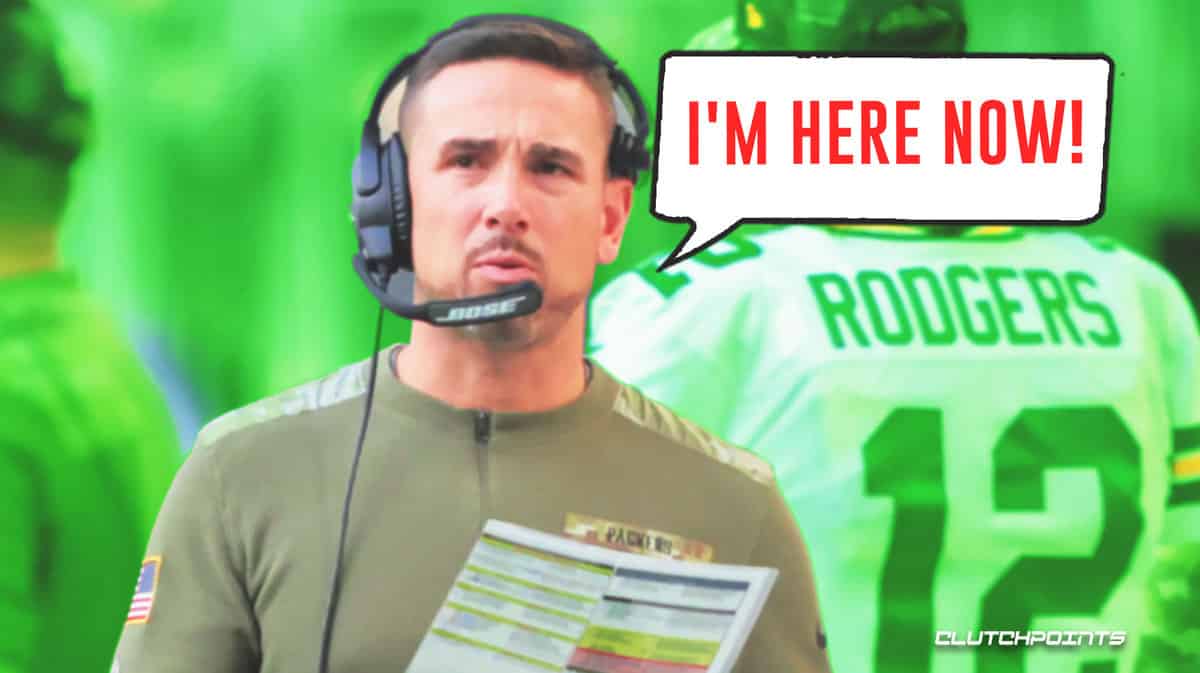 Matt LaFleur’s net worth in 2022 is estimated to be at $7 million. This is according to multiple credible sources such as Players Bio.

Matthew Patrick LaFleur was born on November 3, 1979, in Mount Pleasant, Michigan. He went to Mount Pleasant High School before attending Western Michigan University where he played as a wide receiver from 1998 to 1999.

On October 1, 2021, he was inducted into the SVSU Cardinal Athletic Hall of Fame.

As a professional football player, Matt LaFleur played one year for the National Indoor Football League as the quarterback of the Omaha Beef. The following year, he signed with the Billing Outlaws — a team in Montana.

With no traction from any other professional football teams, Matt LaFleur’s professional playing career was cut short. He then decided to enter coaching as he served as an offensive graduate assistant for his alma mater, Saginaw Valley State, in 2003. During that time, he was also a substitute teacher that specializes in math and taught in local high schools.

The following year, he became a graduate assistant at Central Michigan University and stayed there until 2005. In 2006, he was hired as the quarterbacks and wide receivers coach for Northern Michigan University. After a year, he transferred to Ashland University in Ohio to become their offensive coordinator.

After 5 years of coaching at the collegiate level, Matt LaFleur was hired by the Houston Texans in the NFL to become their offensive assistant. During his time at Houston, he assisted on both wide receivers and quarterbacks.

When Mike Shanahan was hired by the Washington Redskins (now known as the Washington Commanders) in 2010, he brought in LaFleur to become the quarterbacks coach. He held the position from 2010 to 2013 and one of his primary responsibilities in 2012 was to mentor rookie quarterbacks Robert Griffin III and Kirk Cousins.

After half a decade in the NFL, Matt LaFleur returned to college football to become the quarterbacks coach of Notre Dame in 2014. He helped senior quarterback Everett Golson to post 3,445 yards and 29 touchdowns to become the fourth player in school history to achieve those totals in a single season.

On February 5, 2015, he returned to the NFL to become the quarterbacks coach of the Atlanta Falcons under offensive coordinator Kyle Shanahan, whom he worked with at Washington and Houston.

In 2016, he helped Falcons quarterback Matt Ryan win the NFL MVP and Offensive Player of the Year awards. Atlanta also advanced to Super Bowl LI where they held a dominant 28-3 lead, but choked and lost the game 34-28 in overtime.

After two years in Atlanta, LaFleur joined the Los Angeles Rams to become their offensive coordinator under head coach Sean McVay. During that season, LaFleur and McVay led the Rams to an 11-5 record and a league-leading offense as they scored 478 points in the season.

The following season, LaFleur left the Rams to join the Tennessee Titans as their offensive coordinator. However, his role in directing the offense increased as he had play-calling responsibilities this time around. Unfortunately, it was an injury-riddled season for the Titans and they finished as the 27th-ranking offense in the league.

On January 8, 2019, Matt LaFleur finally had the chance to be the head tactician as he was hired to become the new head coach of the Green Bay Packers. Unfortunately, he tore his Achilles tendon while playing basketball a few after getting the job.

Despite the early setback, he still led the Packers to a 13-3 regular season and their first postseason berth since 2016. The Packers then defeated the Seattle Seahawks in his playoff debut as they advanced to the NFC Championship Game, but lost to the San Francisco 49ers with a score of 37-20.

In the 2020 season, Matt LaFleur led the Packers to another 13-3 finish, tying him for the second-best start for a coach since the 1970 merger as he had a total of 26 wins and only 6 losses in his first two seasons.

Green Bay had the league’s number one offense and they faced the Los Angeles Rams, the league’s best defense, and his former boss Sean McVay. The Packers defeated the Rams as they hosted the NFC Championship Game for the first time since 2007. Unfortunately, they lost to the eventual-Super Bowl champions Tampa Bay Buccaneers.

The following year, Matt LaFleur became the winningest head coach in his first 40 games as he posted a total record of 33 wins and 7 losses after their close Week 8 win in the 2021 season against the Cardinals.

By the end of the year, the Packers finished with a 13-4 record, making them the first NFL team to win 13 games in 3 straight years. On top of that, LaFleur broke the record for most wins by a head coach in his first three seasons in the league with 39 wins.

Unfortunately, the injuries took a toll on the Green Bay squad and they lost in their first game of the playoffs against the San Francisco 49ers with a score of 13-10. This gives LaFleur a 2-3 postseason record and no Super Bowl appearances despite the historic three straight 13-win seasons.

Matt LaFleur is now heading into his 4th year as the head coach of the Green Bay Packers. Despite not having success in the postseason, he still has led the squad to a historic run in his first three years. So, it is no surprise that his reported $5 million a year salary will go up once contract negotiation begins.

One thing is for certain, though, LaFleur and the Packers are now focusing on retooling the team in order to make a more solid run for the elusive Super Bowl — that they last won in 2011, more than a decade ago.

With all of that being said, were you surprised about Matt LaFleur’s net worth in 2022? 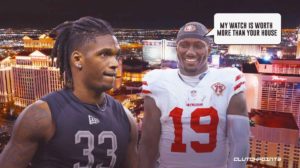