Dallas Mavs guard Dennis Smith Jr. has been used as some people’s scapegoat this season. The — still young — guard came out of college with some hype, and a few talking heads believe he hasn’t lived up to it. Immediate gratification and all that jazz.

In fact, despite regular proof which highlights how players develop over the course of their careers, some people would already like to define the youngster at this early stage of his. It’s honestly silly, as we should save that for at least six or seven years into their journeys.

Alas, how else would one draw attention to themselves.

Anyway, Smith noticed a talking head claim a few things on the mean streets of Twitter, then decided to clap back with a simple hashtag.

In case the tweet ends up being deleted, here is a screen grab of the exchange: 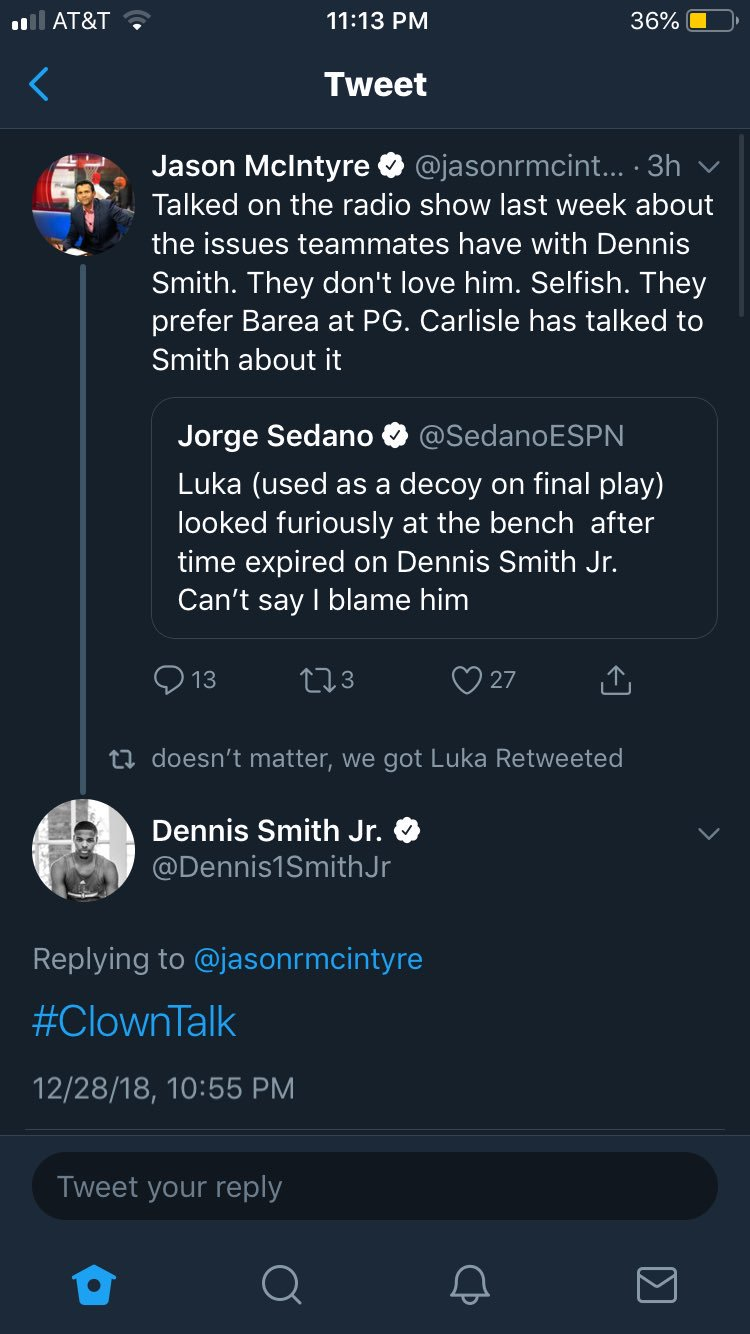 Oddly enough, the Mavs talent is actually far more efficient this season and has shown growth. Despite all the talk about whatever is supposedly wrong with him, Smith’s field goal percentage has risen by roughly 50 percentiles, and his shots from beyond the arc is also up by roughly the same mark.

You know, he’s shown improvement. But hey, it’s easier to say things that can’t be proven, so let’s go?

JUST IN: The 3 most daring trades the Blazers can make to compete with Golden State
Related Topicsdennis smith jrMavs

Joe Burrow doesn’t look like a rookie, according to Bengals coach

Kawhi Leonard is being thirsted after by actress January Jones

Rumor: Warriors star Stephen Curry to get his own Under Armour brand

Damian Lillard once wanted Paul George on the Blazers

Broncos’ Drew Lock gets in-depth breakdown of his game film