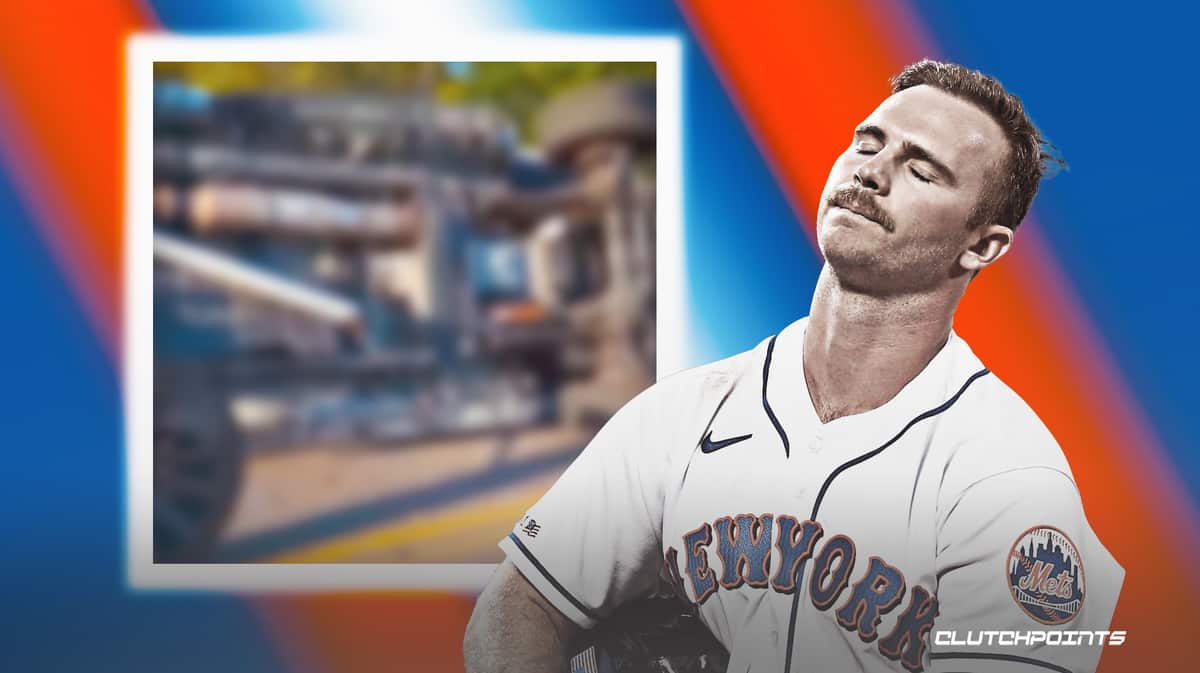 New York Mets’ star Pete Alonso is affectionately known around the MLB as the Polar Bear.

Alonso was involved in a downright terrifying accident Sunday evening as he made his way to the Mets’ Spring Training facility in Port St. Lucie, FL.  The aftermath of the accident was provided by Alonso’s wife Haley, and was first reported by Stephanie Apstein of Sports Illustrated.

Pete Alonso’s wife, Haley, just posted this video on her Instagram of Pete’s car after his crash yesterday. Pete said today the car flipped three times and he had to kick out the windshield to escape. pic.twitter.com/L1h5KWvnvc

According to reports, Alonso’s Ford F-250 flipped three consecutive times after it was struck by a vehicle that ran a red light.

Alonso spoke about the incident on Monday:

“Yesterday I got in a really kinda brutal car accident. … To me this is just really special to be here.

This is a really special spring training because yesterday was a really close experience to death.”

One moment I was coming here to work, coming to spring training, and next thing I know I’m kicking my windshield in trying to get out of a flipped-over car. Just really blessed to be here. Thankful nothing is wrong. Also thank you Ford for having great engineering.”

Alonso was the only person in the vehicle at the time of the collision, and he was able to walk away from the incident unharmed. No reports have surfaced yet regarding the status of the other driver.