The Colorado Rockies take on the Minnesota Twins. Check out our MLB odds series for our Rockies Twins prediction and pick.

German Marquez gets the start for the Rockies, while Dylan Bundy gets the call for the Twins.

German Marquez has pitched better in recent weeks than he did in May. His ERA for the month of June, entering this start? 5.87. That’s because his ERA in May was 6.83. His overall ERA is 6.16, but it was 6.71 at the start of June. Therefore, three recent outings with nine runs allowed over a span of 18 innings pitched have lowered, not raised, his ERA numbers. It is notable that Marquez’s slight improvement has come mostly against the San Diego Padres and the National League West. The Rockies swept the Padres over the past weekend and split a four-game series in San Diego the weekend before. The Rockies’ success against the Padres — a winning record over the past two seasons, and 10 straight wins against San Diego at Coors Field in Denver — is one of the more improbable and inexplicable stories of Major League Baseball since the beginning of the 2021 season. Marquez is definitely part of that story; he beat San Diego twice in the span of a week.

Now Marquez goes outside San Diego, outside the N.L. West, and outside the National League itself. Will he continue to improve, or will he regress?

Dylan Bundy has a 5.17 ERA. His ERA in the month of April was 2.95. He started the season in very good form. In May and June, though, his ERA has been above six runs. Bundy’s month of June has been up and down. In two previous June starts, Bundy gave up 10 runs in 6 1/3 innings. However, in his most recent start, Bundy held the Diamondbacks to one run in eight innings on June 18.

You will note that Bundy had success against a National League West team. Does that mean he will carry that form to this game against the Rockies?

Courtesy of FanDuel, here are the Rockies-Twins MLB odds.

The Rockies have had a very weird week. They swept the Padres over the past weekend in Coors Field, then got swept in Miami by the Marlins. The Rockies looked like a complete team in taking three straight games from the Padres. They outpitched them, outhit them, and made all the timely plays. That version of the Rockies has been missing since April. There is some potential on this Colorado roster, and it finally showed against San Diego. Yet, then the bad Rockies showed up in three enormously frustrating games against the Marlins which were representative of the season.

The Rockies can cover the spread if the good version of this team shows up. We have seen it happen. It just doesn’t happen enough. After a three-game losing streak, the odds of a bounce-back are better, not worse. Dylan Bundy is a pitcher the Rockies can feast on.

German Marquez remains a mediocre pitcher. It is true that he is slightly better now than he was a few weeks ago, but he still fails to dominate opposing hitters. The Twins have too many good hitters for Marquez to pitch around. They’re going to get to him at some point. Also, the Rockies just aren’t very strong on the road, a theme which has been familiar and frequent over the past several years. The Twins, having scored only one run in their most recent game on Thursday against Cleveland, are due for a big offensive game here. Also: Dylan Bundy should enjoy pitching to a non-Dodger N.L. West batting order, based on his win over Arizona several days ago.

If you don’t trust either starting pitcher, and you shouldn’t, what’s the play? Clearly the over. 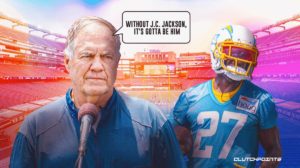