Among the hottest stocks collectors go for in the market are Jayson Tatum rookie cards. Rightfully so because the Boston Celtics’ All-Star forward has all the tools and talent to become a Hall of Fame-level player in the NBA. This makes him an ideal investment option for hobbyists, given his promising potential in the years to come.

The thing is, Tatum and the Celtics aren’t performing to everyone’s expectations. Weeks before the season started, Boston was among the squads projected to secure a strong record in the East. With how things are going, the boys from Beantown will have a hard time getting past the Brooklyn Nets, Chicago Bulls, and Miami Heat.

These factors, along with other points, have caused Tatum’s card value to hit a wall. We take a look at how his stock is performing and the verdict for collectors.

As mentioned earlier, a lot of collectors were banking on the Celtics to have a strong record as the new season progressed. This means the value of Tatum’s NBA cards will rise as well. Unfortunately, that’s hasn’t been the case so far.

Instead of topping the East, Boston is currently tied with the New York Knicks, Milwaukee Bucks, and Philadelphia 76ers in the 6th to 10th spot. Each of these teams possesses a 10-8 record after two months of action. If the postseason started today, the Celtics’ playoff spot will be weaker than what most fans anticipated.

While Boston is caught in the middle, the same can’t be said about Tatum’s numbers. In the 18 games he has played, the two-time All-Star is averaging 25.7 points on 41% shooting from the field, 33% from downtown, and 80% from the free-throw line. He’s also contributing 8.4 rebounds and 3.5 assists in 36.7 minutes per game.

Marcus Smart shares his thoughts after the Celtics' loss to the Bulls. pic.twitter.com/6bBBcKSKTw

Although Tatum’s performance can’t be denied, recent events have somehow affected his card value. After a loss to the Bulls, Marcus Smart called him and Jaylen Brown out for failing to involve their teammates during crucial moments of the game. This generated a perception that Tatum and the Celtics are nowhere near to getting over the hump and making a deep playoff run, especially in a conference that has Giannis Antetokounmpo and Kevin Durant in it.

As a result, the hype for Jayson Tatum rookie cards isn’t that strong as it was during the past seasons. While the demand is certainly still there, there are new segments of the market that favors rising stocks, such as those of LaMelo Ball, Luka Doncic, and Ja Morant. Of course, the season is still young and there are a lot of potential moves that can either improve Tatum’s card value or drag it further down.

Right around the last week of September, at the peak of speculation during the offseason, Tatum’s PSA 10 Prizm Silver rookie card was valued at $2,500 on eBay. It reach a peak of $2,800 on the eCommerce platform a month later. Due to the Celtics’ string of losses during this period, that figure suddenly went down to $1,900 at the start of November. A couple of weeks later, it went further down to its current price of $1,500. 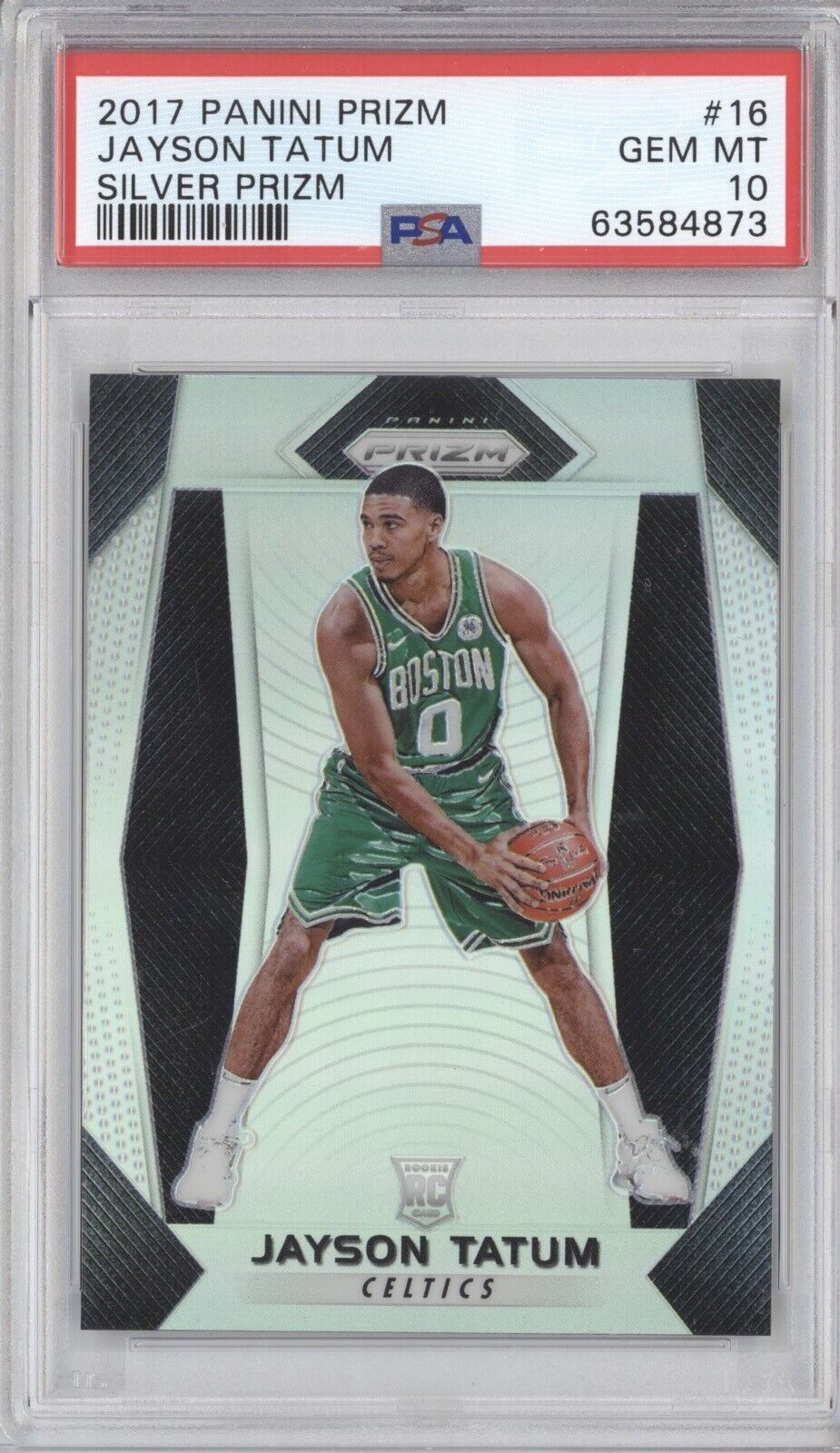 As the numbers show, Jayson Tatum cards are trending downward. Even though the All-Star forward is performing better recently, it might take a better record or a monster game from him to improve his NBA card stock.

But while that hasn’t happened yet, this is obviously the ideal time to buy more cards of the Celtics’ franchise star. His current price levels are enticing and can yield dividends as the season progresses next year. Thanks to this dip, collectors can get those Jayson Tatum rookie cards, especially the short-print and numbered offerings, at a really good price.

Is Ana unretiring from Dota 2?