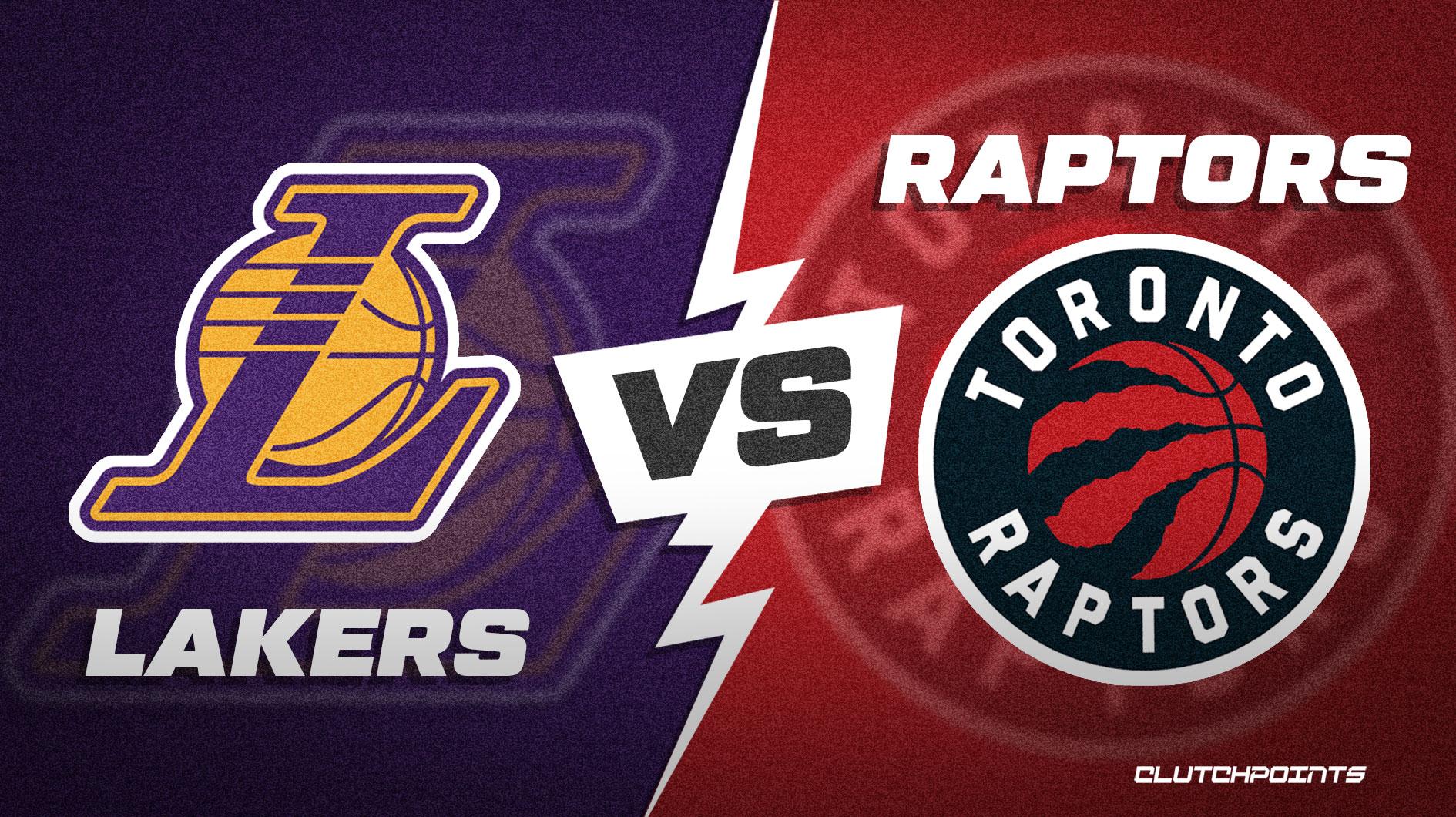 The Los Angeles Lakers (10-13) visit the Toronto Raptors (12-12). Action tips off at 7:40 pm ET. Below we continue our NBA odds series with a Lakers-Raptors prediction and pick.

Here are the Lakers-Raptors NBA odds, courtesy of FanDuel

The Lakers have played well of late but still have work to do thanks to a brutal beginning to the season. LA doesn’t have a single glaring issue, rather they are just mediocre on both ends of the court. They’re slightly better on offense where they rank 12th in scoring and 22nd in offensive efficiency. On defense, they rank 21st in points allowed and 14th in defensive efficiency. They are a below-average rebounding team, ranking 18th in rebound differential and 20th in rebound rate. LA is just 4-7 on the road. Notably, star forward Anthony Davis is out after leaving last night’s game early with an illness.

The Lakers were red hot prior to their loss to Cleveland last night but they’ve still won seven of their last ten games. The key component to their success was the play of forward Anthony Davis. Davis has been unbelievable lately, averaging over 30 points and 15 rebounds across his last full ten games. That being said, the Lakers managed to defeat the Raptors in Toronto with Davis out last year – a recipe they’ll look to replicate tonight.

Last year it was LeBron James who played hero in their win in Toronto. James scored 36 points on 15-26 shooting, corralled nine rebounds, and dished out seven assists. James has been incredible this season even with him deferring to Davis more. LeBron averages 25.8 PPG, 9.1 RPG, and 6.4 APG while shooting 47% from the field. LeBron will also be out this game as he and AD won’t be playing on a back-to-back.

The Raptors have been up and down this season despite solid underlying statistics. Toronto’s offense is about league average as they rank 22nd in scoring and 12th in offensive efficiency. They’re strong defensively, ranking seventh in points allowed and ninth in efficiency. They’ve been similarly impressive on the glass where they rank seventh in rebound differential and fourth in rebound rate. Toronto is 9-3 at home this season. They will notably be without backup forward Otto Porter Jr due to an injury.

Despite their mediocre record, the Raptors were without star Pascal Siakam for a large portion of the season. Now that Siakam is back, Toronto has the manpower to easily handle a shaky Lakers team tonight. For the season Siakam averages 24.5 PPG, 8.9 RPG, and 7.1 APG. All of those lead the team which shows how important he is. He hasn’t missed a beat since returning to injury, averaging nearly an identical stat line over his last five games.

Siakam’s production has been a constant this season but if they want to cover a hefty spread tonight they’ll need a strong performance from second-year forward Scottie Barnes. Barnes has been solid this season although his numbers are surpassingly down from his breakout rookie season. For the year, Barnes averages 14.5 PPG, 6.8 RPG, and 5.0 APG. Those aren’t eye-popping numbers by any means but he’s in a nice position to have a strong game tonight. Last year Barnes scored 31 points and corralled 17 rebounds in their home loss to LA – something to keep in mind when making a Lakers-Raptors prediction.

This is a great spot for Toronto as they catch LA on the second night of a back-to-back in the midst of an Eastern Conference road trip. Ride the home favorites with confidence tonight.