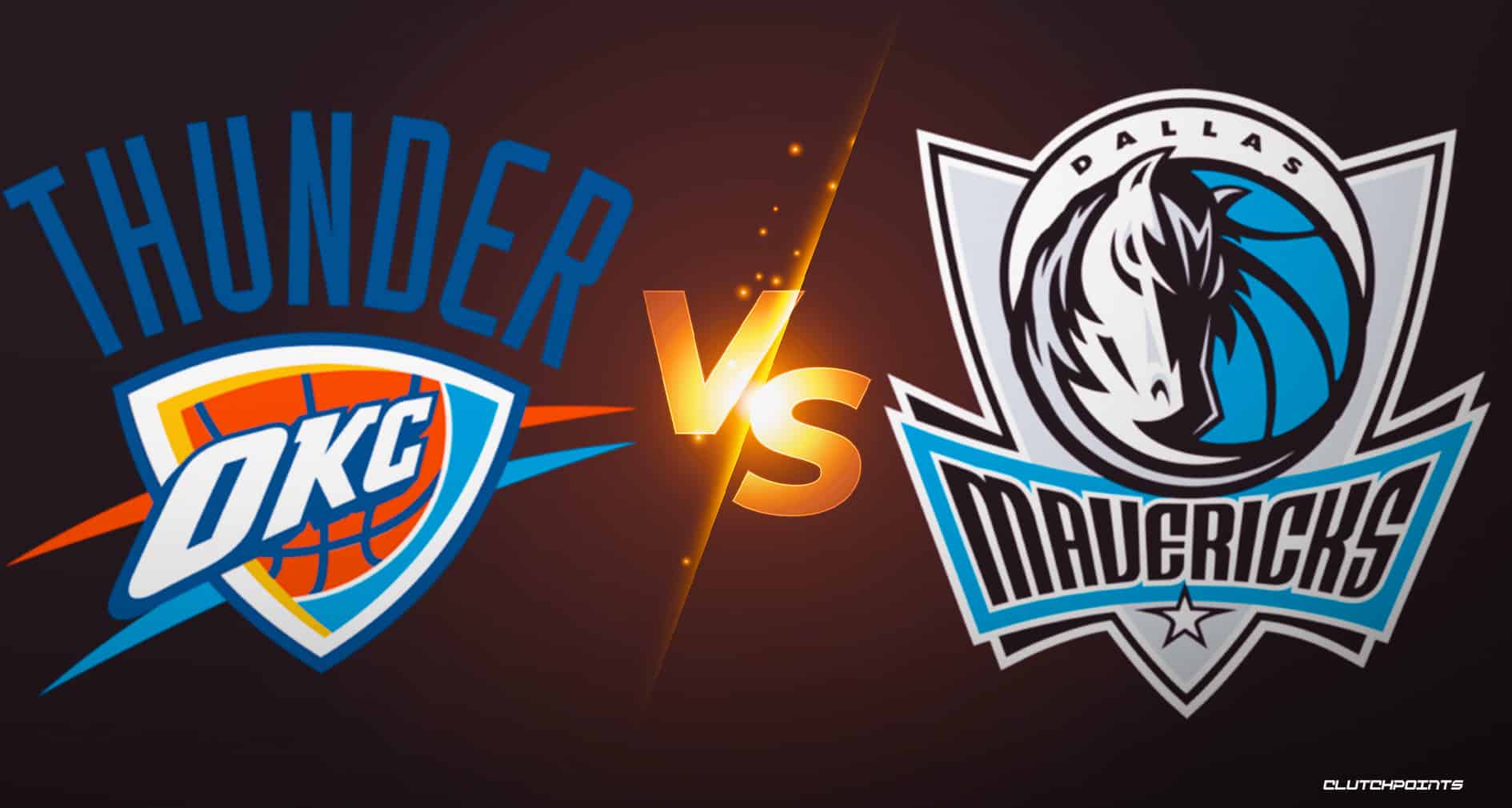 The NBA regular season continues with games on Monday. The Oklahoma City Thunder will travel to take on the Dallas Mavericks. It’s time to continue our NBA odds series and make a Thunder-Mavericks prediction and pick.

Here are the Thunder-Mavericks NBA odds, courtesy of FanDuel.

Why The Thunder Could Cover The Spread

The Oklahoma City Thunder have been one of the worst teams in the NBA. Through the first half of the season they have a losing record with only 14 wins and an abysmal 28 losses. While they have struggled with COVID and injuries, they have also struggled to win games. The Thunder are coming off two straight losses, with their most recent defeat coming at the hands of  the Cleveland Cavaliers by five. Cleveland is a good team, so the fact that OKC only lost by five is actually somewhat encouraging. The Thunder face another tough opponent in Dallas on Monday as they try and snap their losing streak. Monday’s match will be a challenge, but maybe the Thunder can rise to the occasion.

The Thunder played a solid all around game in their loss to the Cavs. OKC was able to keep that game close for one reason, rebounding dominance. The Thunder had 51 rebounds in that game compared to only 37 from Cleveland. Rebounding has a tremendous impact on games. Grabbing boards creates more opportunities to score and the Thunder were able to capitalize. Additionally, they prevented Cleveland from getting second chances at missed shots which is what usually leads to teams pulling ahead. If the Thunder are able to dominate the boards on Monday then they could keep that game close.

Injuries and COVID were once a major concern for this Thunder team, but it appears that is in the past. OKC currently has only two players listed on their injury report. None of those players are recent and additions and none of them are key players on this team. The Thunder are healthy, and while they may not have the best team in the league, they have shown the potential to be competitive. If they show up on Monday ready to go, then they could make this one interesting.

The Dallas Mavericks have had a very solid start to the year all things considered. Dallas’ biggest struggle hasn’t been their opponents, rather they have had to deal with lots of injuries and COVID absences. Now that the Mavericks are back to full health they can begin to string together some wins. The Mavs are coming off back to back victories, with their most recent win coming against the Orlando Magic by 16. While the Magic are one of the worst teams in the league, it was still a welcome sight to see Dallas secure that dominant victory. Dallas has actually won eight of their last nine games and will look to add to that on Monday.

The Mavericks dominated the Magic for one reason, free throws. Dallas shot an astonishing 38 free throws in that game and made 32 of them. Besides their free throw shooting, the Mavs actually underperformed against the Magic. However, their tenacity and ability to get to the line allowed them to pull ahead and secure the win. If the Mavericks are able to keep up that aggression and get to the line with the same type of consistency, then it could be a long game for the Thunder. Additionally, if the Mavs can actually have a solid all around game beyond free throw shooting, then they should have no problem with this one.

While COVID and injuries have certainly impacted this team, the Mavericks are currently unaffected. Dallas may be the only team in the league that has zero players listed on their injury report. Now that they are completely healthy, the Mavs should be able to string together some solid wins and make a run.

This is a tough decision because the spread is so wide. The Mavericks should win this one, and by a large margin, but they could easily allow the Thunder to cover in garbage time. In their last match, on January 2, the Mavs won by nine, but that was without Kristaps Porzingis. The Mavs have been on somewhat of a roll lately and have actually won seven of their last nine games by more than twelve. With all that said, pick Dallas to win and cover. Heat star Jimmy Butler vocal on why he won’t ‘move on’ from embarrassing Game 2 defeat vs. Celtics

Marcus Smart reveals what he proved to the whole world after Game 2 masterclass vs. Heat