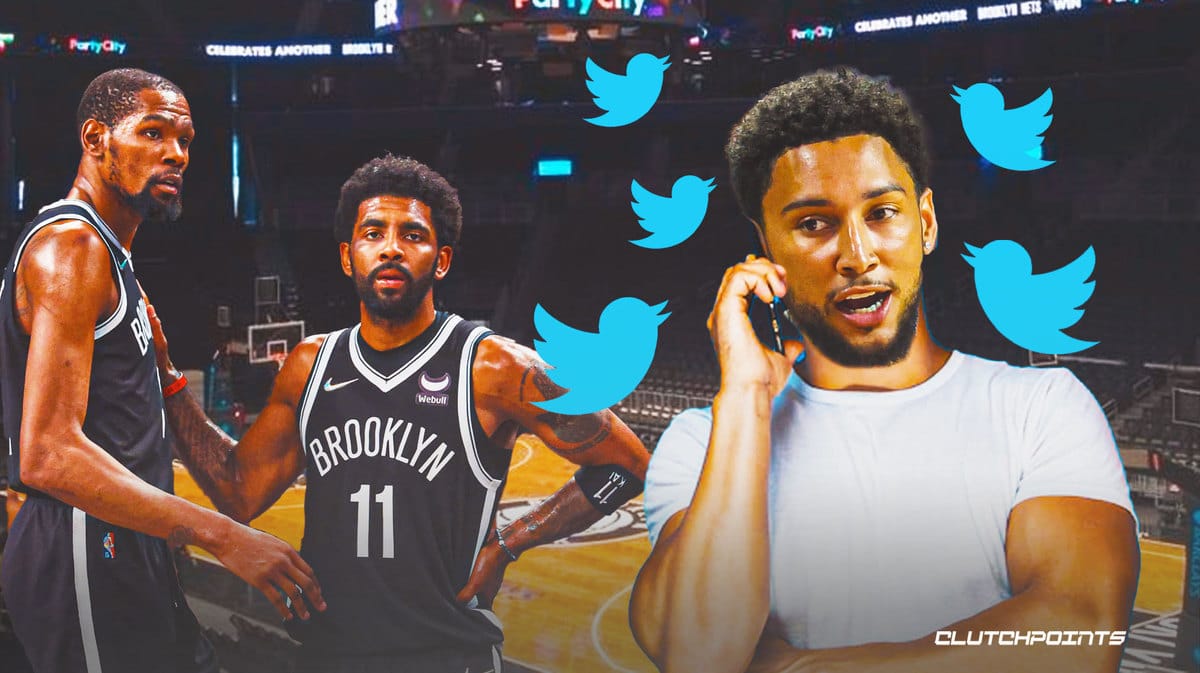 Ben Simmons is no longer the most talked-about player on his own team. Given the level of controversy he’s carried over to the Brooklyn Nets, it’s rather impressive to see that as the case. But that doesn’t mean he’s spared from the ever-critical eye of sports talk shows and the inside sources they supposedly serve as mouthpieces for.

According to the latest hullabaloo regarding Simmons, he had reportedly left the Nets group chat after being asked whether or not he was suiting up for Game 4 of their first-round series. As all NBA fans know – Ben Simmons did not, in fact, suit up as Kevin Durant, Kyrie Irving and the rest of the Nets were swept by the eventual East champion Boston Celtics.

Instead of giving life to the rumors, Ben Simmons simply dismissed them without even addressing them directly in his latest tweet:

The Brooklyn Nets are arguably dealing with the most drama-filled season in NBA history. You’d be hard-pressed to find a better example start to finish than what they had to deal with. From the current Kevin Durant and Kyrie Irving speculation, to the James Harden trade fiasco during the season, and let’s not forget the Irving vs. Covid vaccine mandate issue.

It’s turned Ben Simmons into a third or fourth option not just for the Nets’ offense, but also as a headline grabber. Given that Simmons hasn’t played a single the 2020-21 season, he’s going to have a lot of work to do before people start remembering him for his play on the court rather than his antics off of it.