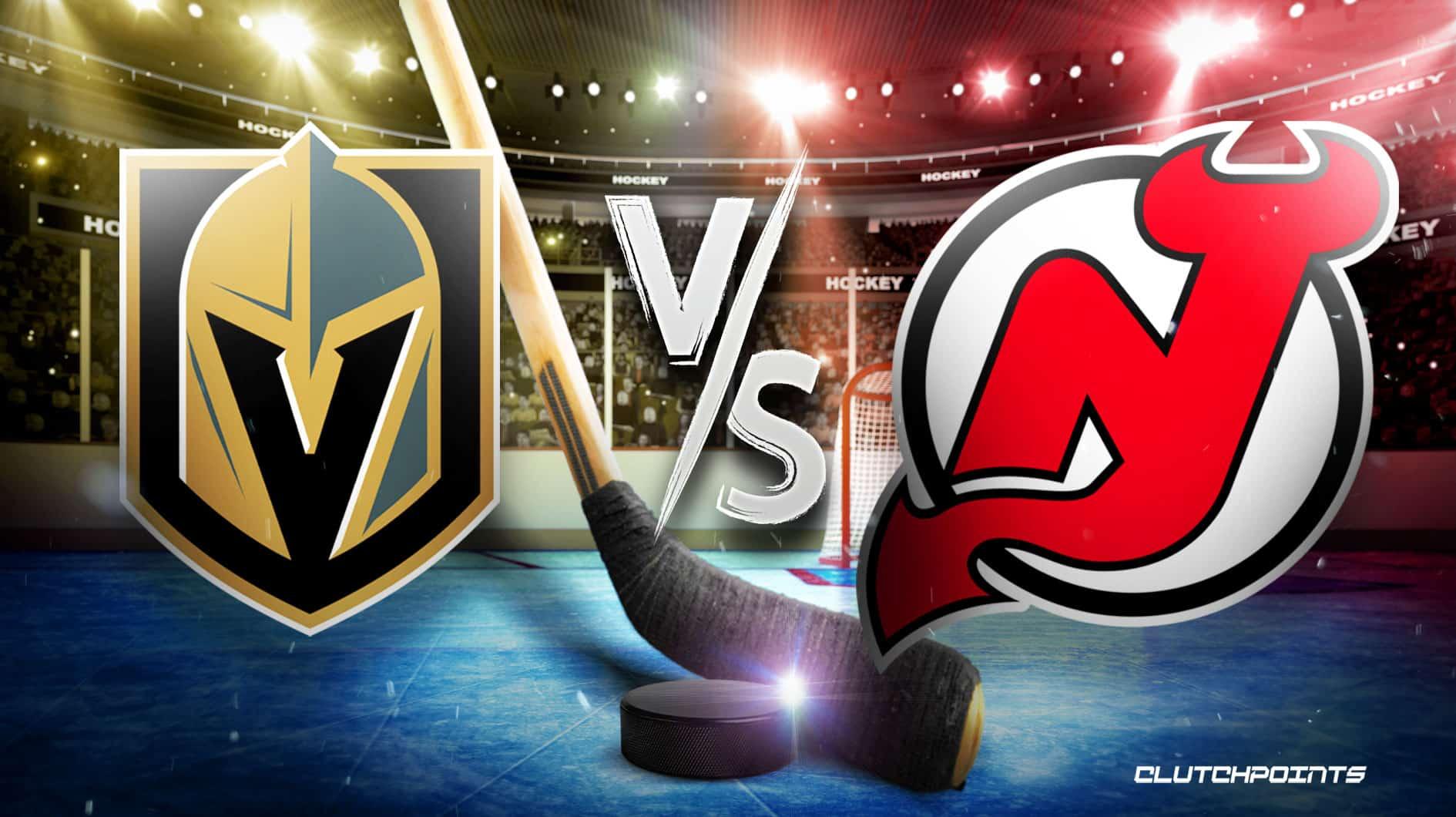 A super intriguing showdown on the ice is scheduled to take place this evening as the Vegas Golden Knights will battle it out on the east coast against the New Jersey Devils. It is time to check out our NHL odds series where our Golden Knights-Devils prediction and pick will be revealed.

The last time that Vegas last skated resulted in a disheartening 4-1 loss to the Coyotes in Arizona, While the defeat was a tough pill to swallow, Vegas has only won two games in their previous seven games played and will be looking to reverse their losing trend in a big way on Tuesday.

On paper, it is the New Jersey Devils that come into this highly anticipated clash with the slightly better record at 30-12-4 and have also shown off their grit by participating in three-straight overtime games. Nevertheless, New Jersey has come out victorious in six of their last seven and don’t appear to be slowing down whatsoever anytime soon.

Here are the Golden Knights-Devils NHL odds, courtesy of FanDuel

How To Watch Golden Knights vs. Devils

Why The Golden Knights Could Cover The Spread

Coming into this one with a 29-17-2 record overall, it seems that Vegas has hit their first true losing skid of the season. So far, the Golden Knights have done a fairly good job in not letting a build-up of losses affect their psyche, but there is no question that a spread-covering victory would be just what the doctor ordered this evening, especially coming against a team with championship aspirations like the Devils.

In order for Vegas to come away with a covering of the spread, they need to get back on track when it comes to their discipline on both ends of the ice. Far too often has the Golden Knights’ aggressive play gotten the best of them, especially defensively. At first glance, the Knights have surrendered a total of nine goals in their previous three outings and could certainly be sharper in this department.

More specifically, the one element that Vegas failed at on Sunday versus Arizona was their ability to capitalize off of the Coyotes’ mistakes. In fact, Vegas was supplied with four power-play opportunities throughout the night but could only come through successfully on one of these attacks. If the Golden Knights are faced with a similar situation on Tuesday, it will be an extremely high priority to clean up their sloppiness with the extra-mana advantage, especially when going up against a New Jersey squad that is a top-ten unit in the league in killing off penalties.

Not to mention, receiving outstanding goalie play from Logan Thompson may need to be in order for the Knights to prevail. As it stands, Thompson has allowed at least three goals in four of his last five games in net and will need to snap out of his mini-funk to allow Vegas to stay within striking distance. 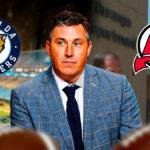 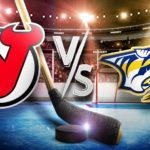 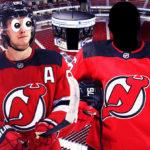 Arguably one of the more electric rosters from top-to-bottom during the first half of this year’s regular season, the Devils play a disciplined brand of hockey that sure is tough to beat. In addition, tonight’s game versus Vegas will be the second time that New Jersey will be playing in front of their home fans as they were able to snag a 2-1 overtime victory over the Penguins on Sunday.

Even though the Devils have only gone 12-10-2 within the confines of their home arena this season, the one statistic that they have going for them is the fact that they have been near flawless against the spread. With a 26-20 record ATS, New Jersey is no stranger in making a few extra dollars for bettors willing to put their faith in them night in and night out.

From a gameplay perspective, New Jersey will need to execute offensively and continue to get center Jack Hughes the puck as frequently as possible. On paper, Hughes has taken his game to the next level this season after a couple of years where he was slowed down due to injuries and ranks within the top ten of skaters around the league in goals scored with 30 total. Conversely, Hughes has the kind of speed that few players in the NHL are able to possess, so don’t be shocked if the 21-year-old from Orlando, Florida steals the show once again with his electrifying play.

All in all, will goaltender Vitek Vanecek be up to the challenge tonight? When taking a closer look at Vanecek’s numbers, all signs point to yes. In fact, New Jersey’s net-minder boasts a 2.32 goals-against average and already has a pair of shutouts to his name this season.

For those of you wanting to make some extra money tonight, it would be wise to rely on the Golden Knights to keep this one close especially since the Devils have struggled at home so far this year.