San Diego Padres manager Bob Melvin revealed he had a “private conversation” with Fernando Tatis Jr. after the shortstop was hit with an 80-game suspension for PED use. While Melvin didn’t divulge much of his phone call with the embattled superstar, the manager claimed Tatis “feels remorseful,” according to the AP’s Howard Fendrich.

Tatis’ shocking suspension was announced on Friday night. The Padres star tested positive for a performance-enhancing anabolic steroid called Clostebol. He was rehabbing from wrist surgery after reportedly injuring himself in a motorcycle accident and was hoping to return for the stretch run, but now that’s off the table.

Melvin said he didn’t feel the need to discuss the Tatis suspension again with other Padres players before Saturday’s game against the Washington Nationals. When asked if Tatis would speak to his teammates about the suspension, Melvin deflected and said he’s “not sure at this point.”

Padres general manager A.J. Preller expressed his disappointment in Tatis, while Mike Clevenger also spoke up about being “disappointed” in the young star. 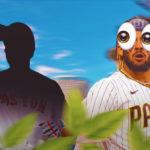 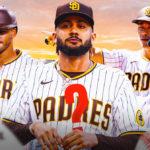 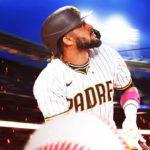 San Diego is in a heated playoff chase in the National League. The Padres are 64-52 after losing Saturday to the lowly Nationals, and they have been a roller-coaster ride since the blockbuster trade deadline. Juan Soto’s first game was a dominant win over the Colorado Rockies that gave San Diego a five-game winning streak, but then came a five-game losing streak featuring an embarrassing sweep at the hands of the Los Angeles Dodgers. The Padres then won three games in a row before Saturday’s 4-3 loss.

Soto has been terrific so far for his new team, and there’s still plenty of talent on this roster. But not getting Tatis back this season is a blow and decreases the margin for error. San Diego is just a game up on the Milwaukee Brewers for the final Wild Card spot.