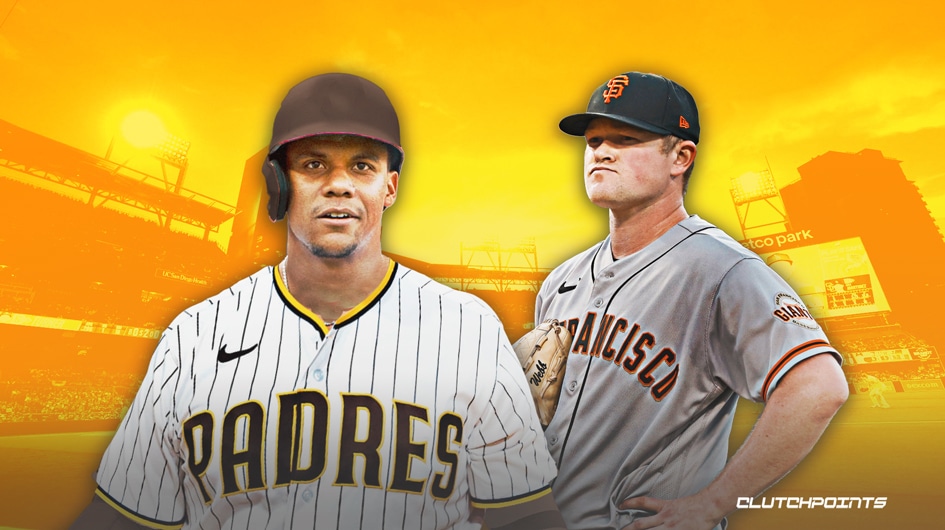 Juan Soto’s tenure with the San Diego Padres is officially underway. This is great news for baseball fans everywhere and bad news for pitchers everywhere, especially in the NL West. San Francisco Giants pitcher Logan Webb is among the many pitchers whose lives will be tougher. However, the 25-year-old doesn’t seem to be too worried.

At his introductory press conference, Soto wished good luck to other pitchers. Webb tweeted a gif of Dale Doback sarcastically laughing to show that he isn’t too moved by Soto’s challenge.

Webb, who has a 3.20 ERA in 135.0 innings this season, may be up for the challenge of facing the new-look Padres with Soto batting alongside Manny Machado and Fernando Tatis Jr. The Giants and Padres will face each other nine more times this season, including a three-game series at San Diego to end the season.

Seeing Soto, Machado and Tatis in the same lineup will be very difficult to get through. With Josh Bell, Brandon Drury, Jurickson Profar and Jake Cronenworth also in the lineup, the Padres could become one of the best offensive teams in all of baseball. Soto and Tatis could be one of the best hitting duos for over a decade together.

The Padres scored big at the 2022 MLB trade deadline by acquiring Soto, Bell, Drury and Josh Hader. Webb’s Giants now have them and the Los Angeles Dodgers to deal with. Although his confidence is surely a welcomed sight for San Francisco fans, the results on the field will speak much louder.