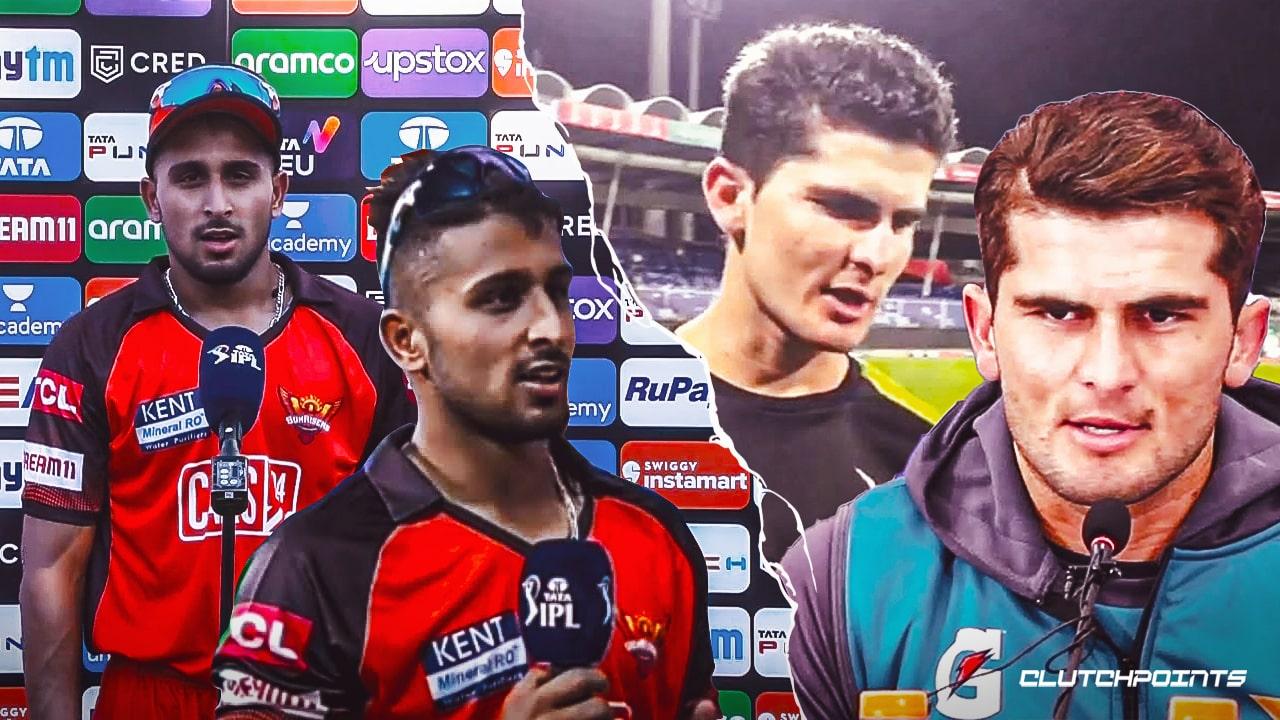 SunRisers Hyderabad (SRH) speedster Umran Malik may have impressed several former greats of the game, including Brett Lee, Shoaib Akhtar, Glenn McGrath, and even former India coach Ravi Shastri with his express pace, but one man has remained unimpressed and he’s none other than Pakistan’s Shaheen Afridi.

Umran Malik became the toast of this season’s Indian Premier League (IPL), having taken 22 wickets in 14 games for SRH. The striking feature of his bowling, however, was his ability to produce raw pace off the pitch as he hit the 150 kmph mark with regularity.

The lightning-quick bowler from Srinagar even went to claim the “fastest delivery of the match” award on 14 occasions in succession.

But Shaheen Afridi has declared that pace is of no use in international cricket, instead, it is a bowler’s line and length that makes him a potent weapon against world-class opposition.

“Speed can’t help you if you don’t have line and length and swing,” Afridi said in reference to Umran Malik and New Zealand pacer Lockie Ferguson’s speed in the IPL during a press conference ahead of Babar Azam and company’s ODI series against the West Indies.

“I haven’t thought about bowling so fast. I personally believe speed is of no use. If you don’t have line, length and swing, you can’t beat the batter easily. Nevertheless, I try to focus on my fitness so that my pace can also increase. Hopefully, I will be able to generate more pace and my line and length will also get better,” the 22-year-old left-arm speedster added.

Shaheen Afridi’s opinion, however, is in complete contrast to iconic Pakistan bowler Shoaib Akhtar who has hailed Umran Malik’s performances in the IPL.

Shoaib Akhtar has been so impressed with Umran Malik that he wants to break his record of bowling the fastest ball ever in cricket.

Akhtar had bowled a ball at a blistering pace of 161.3 kmph against England batter Nick Knight back in 2003, a world record which is still intact to date.

“I want to see him have a long career,” Shoaib Akhtar told Sportskeeda.

“A few days ago, someone was congratulating me as it’s been 20 years since I bowled the fastest delivery but no one has been able to break the record. But I said, ‘There must be someone who can smash this record’. I will be happy if Umran breaks my record. But needs to ensure that he doesn’t get injured in the process want to see him playing for a long stretch without any injuries,” the Rawalpindi Express stated.

While there’s no denying the fact that besides the sheer pace, a perfect line, and length were the ingredients to be successful in any form of cricket, speed is something that gives an extra edge to a bowler.

To find such instances and names, Shaheen Afridi doesn’t have to go anywhere but look back in the history of his countrymen.

Shoaib Akhtar ran through opposition sides with the help of his raw pace and reverse swing which he had mastered under the guidance of his idol Wasim Akram.

Akhtar eventually retired with 178 Test scalps in 46 matches to his name. He took his wickets at a phenomenal average of 25.69 for Pakistan.

Fans lash out at Shikhar Dhawan for ‘horrible’ decision

On the other hand, Brett Lee, a Shoaib Akhtar contemporary, ran through rival teams, yet again with the help of express pace.

The Australian finished his career with 310 wickets in 76 games. His fiery spells with the ball also included a mixture of outswing, deadly yorkers, and short-pitched stuff.

Shaheen Afridi’s view about Umran Malik is indifferent to Ravi Shastri’s position on the subject as he has demanded a central contract for the Kashmir-born cricketer from the Board of Control for Cricket in India (BCCI).

“Of course, there’ll be the team management there, support staff, that’ll help him do that, but don’t let him stray at the moment. Get him into the mix, and keep him there and groom him,” Shastri concluded.

Recently Umran Malik earned his maiden India call-up for the T20I series against South Africa. He is widely expected to make his debut in the first game of the bilateral series in New Delhi next week where he could be seen sharing the new ball with the veteran Bhuvneshwar Kumar.