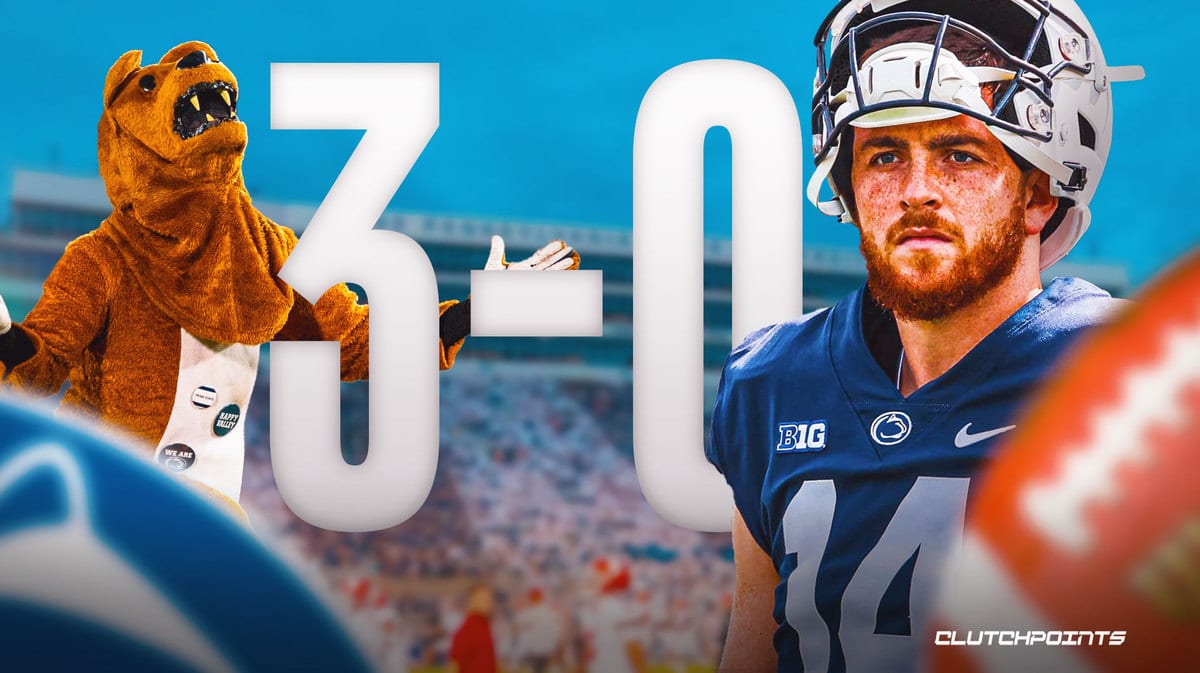 Heading into their first real challenge of the 2022 NCAA season, the Penn State Nittany Lions had a lot to prove. Traveling to the Jordan-Hare Stadium in Alabama for the first time in program history, the Lions were fighting to go 3-0 on the season, 3-1 historically against Auburn, and most importantly of all, to stay relevant in the NCAA College Football picture, especially in a season where oh so many other teams dropped gimmies before they even began conference play.

If the Nittany Lions won and did so in a commanding fashion, there’s little reason to believe they couldn’t have moved up in the rankings, especially after watching BYU drop a 21-point loss to Oregon as the two games played out in parallel. And if they lost? Well, it would be just another ranked team dropping a shocker in an out-of-conference game and proverbially shooting themselves in the foot before they could even make it to October.

Fortunately, Penn State didn’t just win, they dominated, scoring 41 points versus 12 surrendered while the Auburn crowd watch on in disarray.

Here are 3 takeaways from Penn State’s commanding win over Auburn.

When Nicholas Singleton ran for 179 yards, and two touchdowns on just 10 carries in the Nittany Lions’ 46-10 win over Ohio, some folks thought it was a fluke. Sure, the five-star recruit from Shillington, Pennsylvania, ripped off the runs, including an incredibly impressive 70-yard run, but that was against an opponent who plays in the MAC. How would Singleton fare against a living, breathing SEC defensive front, especially one that held its first two opponents to an average of 64 yards on the ground per game?

Well, as it turns out, Singleton looks pretty darn good no matter who he plays.

Once again earning just 10 carries, Singleton passed into triple figures for the second week in a row, adding 124 rushing yards and two more rushing touchdowns to his already impressive resume. Singelton looked solid between the tackles, really good on outside runs, and once against proved that he has the speed needed to be a difference maker long-term, especially if he gets more than 10 carries; make it happen, Coach Franklin.

2. The defense is legit

Heading into Week 3, many a fan wondered how Penn State’s defense, which allowed an average of 264.5 passing yards through the first two weeks of the 2022 NCAA season, would hold up against an Auburn squad desperately looking to get things going through the air.

As it turns out, the defense looked pretty darn good too.

While they again gave up a ton of yards in the air, 296 to be exact, they extensively shut down Auburn’s rushing game and came up big both in the takeaway game and in the redzone, where Penn State recorded two interceptions versus zero points scored on anything but field goals. Even if PSU will likely have to win shootouts against offensively gifted teams, their defense showed moxie.

1. Sean Clifford bounced back in a big way

When Sean Clifford suffered a brutal hit in the first quarter that saw the sixth-year quarterback fling the ball back in what was ultimately ruled a fumble out of bounds, it felt like a very bad omen. Fortunately, from that point on, things were relatively smooth sailing for the Cincinnati, Ohio native, as he completed 73.6 percent of his passes for 178 and finished out the game on the sidelines due to the lopsided nature of the win. While Clifford may not be the next Andrew Luck, his experience, when coupled with the explosive play of Singleton, could be the ticket to an impressive run down the line.