The 2003 NBA Draft is widely regarded as one of the greatest drafts in not just basketball history, but in all of professional sports. After all, the class lays claim to nine All-Stars and four All-NBA selections. In a draft so historically loaded, how much would change if the top ten teams were given a do-over today?

Recognizable names fill the top five, but aside from that, the top ten is nothing special. The 2003 draft was quite top-heavy, but not very deep. In fact, most of the remaining quality players from this class were either selected in the second round, or went undrafted. No change here. James is and has always been the best player from selected in 2003. At 32 years old, he has already placed himself in the discussion for greatest NBA player of all time. He currently ranks seventh all time in points scored, and could overtake Dirk Nowitzki for sixth this year. After failing to win championship in his first seven years with Cleveland, James left for Miami to team up with other members of this draft class, where he won two Finals in four years. Prior to the 2014-2015 season, he returned to Cleveland, and was able to fulfill his promise to bring a championship to the city the following year. He remains the NBA’s best player, and shows no signs of slowing down. His game continues to evolve in order to rely less on athleticism, which will bode well for him moving forward. One of the failures of his first stint with Cleveland was that the team got too good too quickly, because of how great James was, resulting in him carrying an otherwise weak team to the playoffs, and without any depth or major contributions from other players, those Cavs teams underachieved. Hopefully after this do-over, Cleveland would make better personnel decisions in order to surround James with better talent. James is currently preparing the Cavs for a fourth consecutive NBA Finals run, where they will hope to knock off the defending champion Golden State Warriors once again.

While there is a strong argument to be made that Dwyane Wade has been the better player over Anthony, context matters in this situation. Detroit’s starting lineup in 2003-2004, the season they won the NBA Finals, was Chauncey Billups, Rip Hamilton, Tayshaun Prince, Rasheed Wallace, and Ben Wallace. Key bench players that year included Mehmet Okur and 2nd overall pick Darko Milicic. There is an extreme lack of offensive firepower there, and who better to provide it than one of the greatest isolation scorers in NBA history? Even if Anthony was unable to unseat Prince as the starting SF and had to assume a bench role, he would’ve given the Pistons the very thing that prevented them from winning multiple Finals; scoring. And at that point in his career, he may have been able to be taught passing and defense better than he was in Denver, making him a more complete player. After being traded from the New York Knicks to the Oklahoma City Thunder during the offseason, Anthony will look to help Paul George and Russell Westbrook compete with the Warriors in the Western Conference.

The Nuggets were able to make the Western Conference Finals only once during Carmelo Anthony’s tenure, and replacing him with one of the greatest shooting guards of all time should allow them to have similar success. Wade was the complete guard, able to score the ball at will, facilitate for teammates, and defend at an elite level. He was one of the league’s premier players for almost a decade, and showed his ability to adapt to playing with other stars, as he took a sidekick role once LeBron James and Chris Bosh joined him in Miami. After leaving the Heat to play for his hometown Chicago Bulls in 2016-2017, Wade was bought out and then joined James in Cleveland, where he will look to win his fourth championship.

The Raptors make the same selection as 14 years ago, and they are thrilled about it. Bosh was one of the league’s best power forwards, and is the prototype for today’s game, because of his ability to stretch the floor and shoot the three at a high level. He left Toronto in 2010 to team up with Wade and James in Miami, where he won his two titles. Unfortunately, Bosh began to experience blood clots in his lungs and legs during the 2014-2015 season, and has not played in the NBA since 2015-2016. In this scenario, Toronto would attempt to prevent Bosh from leaving, as a core of Kyle Lowry, DeMar DeRozan, Norman Powell, Chris Bosh, Serge Ibaka, and Jonas Valanciunas would be one of the better teams in the Eastern Conference. 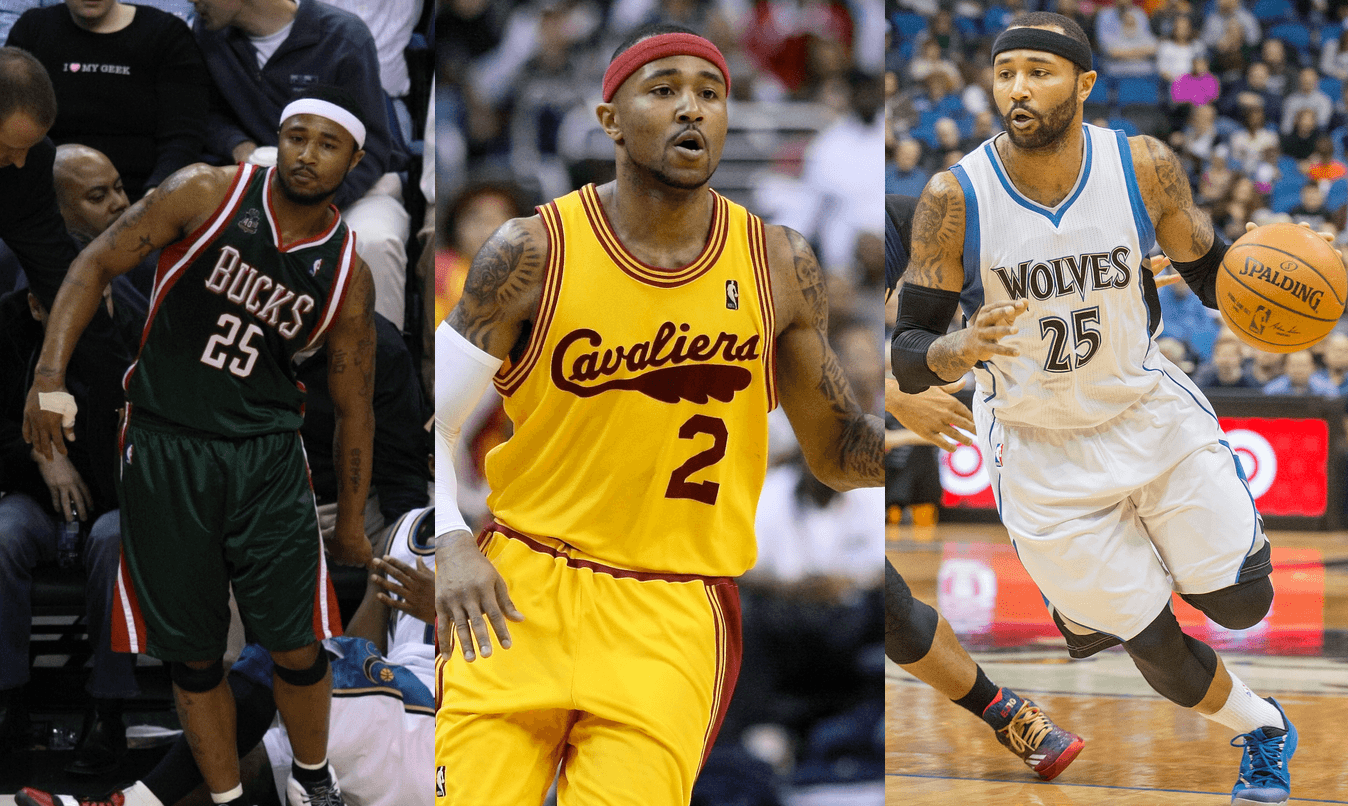 The talent drop-off from the top four to Williams is pretty significant, but he was quite a good player during his prime. In his all-star season, he averaged 17.8 points and 4.1 assists while shooting 44% from three-point range. And that was done while playing sidekick to a very ball-dominant 25-year-old LeBron James. He remained an effective player until his retirement, filling in for an injured Kyrie Irving at the beginning of the 2015-2016 season. He would be a nice piece for a team like the Heat to begin building around.

West has been the definition of a quality role player for his entire career, and he continues to be an effective rotational piece even at 37 years of age, currently for the defending champion Warriors. His best season came in 2008-2009 for the then-New Orleans Hornets, as he averaged 21 points and 8.5 rebounds per game. He plays defense well and brings a toughness and grit to his team. 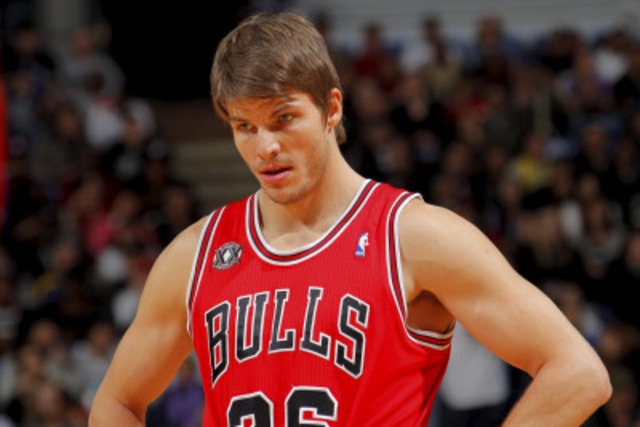 When discussing the greatest shooters in NBA history, Kyle Korver’s name usually comes up quickly. He’s already tied for fifth place all time in three-point shots made, and if he makes 150 more this season(a conservative estimate based on his recent history), he will take sole possession of fourth place. Korver currently plays for the Cavs, and is a key contributor on the second-best three-point shooting team in the NBA.

Howard was one of the league’s brightest young stars during the mid-2000’s, but multiple ACL injuries derailed a promising career. In his 2006-2007 All-Star season, he averaged 18.9 points and 6.8 rebounds while shooting .385% from three-point range. In 2005-2006 he helped Dirk Nowitzki lead the Dallas Mavericks to the NBA Finals, only to lose to Dwyane Wade, Shaquille O’Neal, and the rest of the Miami Heat. Howard was traded the year before the Mavericks beat Miami in a Finals rematch, and retired ringless. Howard and Michael Redd would give the Bucks a nice backcourt.

Similar to David West, Kaman has been a solid but unspectacular player multiple NBA teams. He played the majority of his career for the Clippers, making the All-Star team in 2009-2010 after scoring 18.5 points and pulling down 9.3 rebounds per game. On a team with Stephon Marbury and Allan Houston, Kaman would fit right in as a secondary option, where he excelled most during his time in the NBA.

Diaw was a unique player during his career. He never really fit the traditional definition of a center, because despite his size(6’8” 250lbs), he was never a strong defender or rebounder. His skills instead lay in passing and shooting, abilities that were rare in big men during his era. Gilbert Arenas could’ve used someone like Diaw during his prime.

The top of the NBA draft is always a huge risk. Most players selected don’t pan out well for their teams. In this theoretical re-do, the top four teams got generational players, while the rest of the top ten added complimentary pieces to build with and/or around.