The fantasy football saga of Cincinnati Reds outfielder Tommy Pham and San Francisco Giants outfielder Joc Pederson just wouldn’t die. It should be over by now, as it’s been weeks since Pham slapped Pederson during warmups before a Giants-Reds game late last month. But apparently, this story is the gift that just keeps on giving free content, or whatever it is that we all draw from this watershed moment in the history of fantasy football crossing paths with baseball.

“You know what, I’ve got no regrets,” Pham told USA TODAY Sports. “None at all. Joc deserved to be slapped.”

This blistering comment from Pham came after he reacted to Giants players wearing shirts with printed texts that read “Fantasy 101: Stashing players on the IR isn’t cheating.” It must be noted too that Pederson was not among the players who modeled that shirt.

It’s a long shot that this story will live up to the prime weeks of fantasy football drafting, but it could get some more lift in the coming days and even weeks, as the Reds have a scheduled three-game date with the Giants on the road, beginning on Jun. 24. 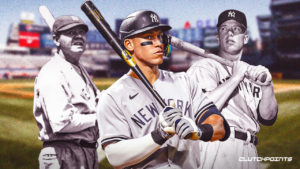