Rihanna is a Barbadian singer, actress and businesswoman. She is one of the most successful solo artists in the history of music and has seamlessly transitioned to the business world. Rihanna has won countless awards throughout her career, such as Favorite Soul/R&B Female Artist, Favorite Soul/R&B Album and Icon Award from the American Music Awards, as well as Grammy Awards for Best Rap Song, Best Rap/Sung Collaboration and Best Urban Contemporary Album. On top of that, her fashion brand, Fenty, has been one of the most successful brands in the industry. In this article, however, we will be talking about Rihanna’s net worth in 2022. 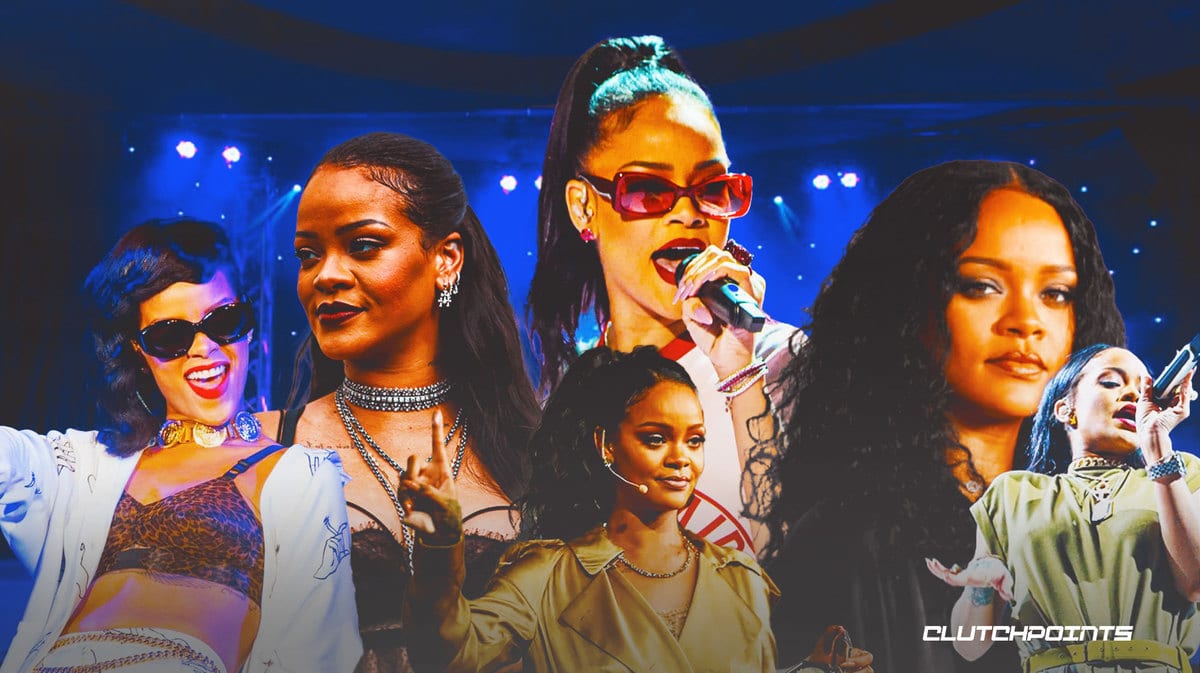 Rihanna’s net worth in 2022 is estimated to be $1.4 billion. This is agreed upon by multiple reputable sources such as Celebrity Net Worth and Forbes.

Before we dive deep into her career and how she established herself as one of the marquee names in the entertainment and fashion industry, let us know more about where it all started for the multi-talented star.

Robyn Rihanna Fenty was born on February 20th, 1988, in Saint Michael, Barbados to parents Monica and Ronald Fenty. Her mother was an accountant and her father was a supervisor. She has two brothers, two half-sisters and a half-brother from her father’s side.

Growing up, Rihanna helped her father sell clothes in a stall on the street. However, she had a troubled childhood because of her father’s alcoholism, drug addiction and physical abuse of her mother. On top of that, Rihanna also underwent numerous CT scans due to severe headaches. When she was 14, her parents got divorced and her health started to improve.

As for her education, Rihanna attended Charles F. Broome Memorial Primary School and Combermere School, one of the oldest schools in the Caribbean. Initially, she wanted to graduate high school but eventually chose to pursue a career in music instead.

In 2003, she formed a trio with two of her classmates and they auditioned for American record producer Evan Rogers. “The minute Rihanna walked into the room,” he said, “it was like the other two girls didn’t exist.”

Rogers then invited Rihanna to a second meeting, this time, with her mother. Eventually, he flew her to the United States to record some demo tapes to send to various record labels. However, the recording took about a year as Rihanna could only record during school holidays.

In 2005, Rihanna auditioned for Def Jam Recordings in New York City where Jay-Z introduced her to music mogul Antonio “L.A.” Reid. Both Reid and Jay-Z were impressed which resulted in a six-album record deal with Def Jam.

Her debut single, “Pon de Replay,” came out in May of the same year and was an immediate success, hitting  No. 2 on the US Billboard Hot 100 chart and UK Singles chart.

Her album, Music of the Sun, was released in August 2005 and debuted at No. 10 on the Billboard 200 chart. The album sold over 2 million copies worldwide and received a gold certification from the Recording Industry Association of America (RIAA). On top of that, Rihanna made her acting debut in a small cameo role in the movie Bring It On: All or Nothing.

A Girl Like Me, her second album, was released in April 2006, and it charted top 10 in 13 countries, reaching No. 1 in Canada and No. 5 in both the United Kingdom and the United States. Its lead single, “SOS,” was an international success, reaching No. 1 on the US Billboard Hot 100.

Her third album, Good Girl Gone Bad, received the most positive critical reviews of her first three albums and charted at No. 2 in the US and Australia. The lead single, “Umbrella,” became an international hit and was eventually named one of the best-selling singles worldwide with over 8 million copies sold.

In 2009, Rihanna was featured on the single “Run This Town” by Jay-Z. The song also featured Kanye West and was the second single from Jay-Z’s 11th studio album, The Blueprint 3. in the same year, she released her fourth studio album, Rated R.

The following year, she collaborated with iconic rapper Eminem in his song “Love the Way You Lie.” The song was a worldwide success as it became No. 1 in over 20 countries. She later joined Jay-Z’s Roc Nation management and was featured in songs by Kanye West, David Guetta and Nicki Minaj.

After releasing a multitude of successful songs in the following years, Rihanna was honored in September 2012 at the MTV Video Music Awards for Video of the Year for her song “We Found Love,” making her the first woman to receive the accolade more than once. The song also won her her sxith Grammy Award, this time in the category of Best Short Form Music Video.

In 2015, Rihanna signed a deal with Samsung worth $25 million. She promoted the Samsung Galaxy line of products and the company sponsored the release and subsequent tour of his eighth studio album, Anti, a commercial and critical hit.

Rihanna has not released another album since Anti. However, she released her first single titled “Lift Me Up” in a couple of years as part of the Black Panther: Wakanda Forever soundtrack. This comes after the announcement that she will be headlining the halftime show of Super Bowl LVII.

Aside from her successful music career, Rihanna also dipped her toes in multiple business ventures. In 2019, she launched the fashion brand Fenty under the luxury fashion group LVMH, making her the first woman to create an original brand for the group and the first woman of color to lead an LVMH brand. 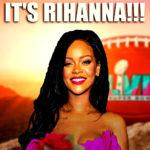 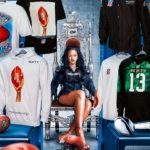 Where to buy Rihanna’s FENTY Super Bowl gear at Fanatics 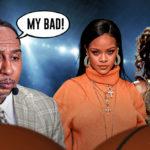 She also launched one of the most famous cosmetics companies today Fenty Beauty in 2017. According to Forbes, she owns 50% of the company and the partnership with LVMH’s Kendo Brands was worth $10 million.

On top of that, she also launched the lingerie brand Savage X Fenty in 2018. The lingerie line was created from her vision of creating an inclusive brand, which is why the products come in a variety of shades to match all skin tones, as well as a range of sizes.

That is not all for the musician and business mogul. Rihanna he also has an acting career where she has multiple credits in film and television.

Her most notable movie appearances were in films such as Battleship (2012), Ocean’s 8 (2018) and Guava Island (2019). As for her television roles, Rihanna appeared in Saturday Night Live four times, and she also had a recurring role as Marion Crane in Bates Motel.

In 2022, Rihanna made multiple Forbes lists: America’s Richest Self-Made Women where she ranked No. 21, and the World’s Billionaires List where she ranked No. 1,729. She is officially Barbados’ most famous export, and this is thanks to the success of her career overall.

As of this writing, it is reported by Forbes that Fenty Beauty generated $550 million in revenue in 2020. Rihanna also has a 30% stake in the Savage X Fenty line which has a valuation of $1 billion as of February 2021.

With all of that being said, were you surprised about Rihanna’s net worth in 2022?