Rumor: The real reason why Yankees, Mets failed to acquire Raisel Iglesias ahead of trade deadline The Los Angeles Angels were among the notable sellers at last week’s MLB trade deadline. They decided to part ways with three players, including closer Raisel Iglesias, as they traded him to the Atlanta Braves in exchange for starting pitcher Tucker Davidson and reliever Jesse Chavez.

Angels general manager Perry Minasian did not end up having a shortage of teams calling to inquire about acquiring the veteran closer.

As noted by the New York Post’s Jon Heyman, Angels owner Arte Moreno “ordered a dumping of some big salaries” during last Tuesday’s trade deadline. Minasian responded by then being open to trading Iglesias, who signed off on a four-year, $58 million deal with the Angels in the offseason.

The New York Yankees and the New York Mets “pursued” Iglesias, but in the end, there were other teams that were “willing” to pay the rest of his owed salary, including $48 million over the next three years. The Angels ultimately sided with the Braves’ final offer for Iglesias, as the reigning World Series champions agreed to cover not only the closer’s salary for the next three seasons but also his remaining due money for the 2022 campaign.

Minasian noted after the trade deadline that offloading Iglesias’ contract will “open things up” for the team in the upcoming free agency period.

“Trading [Iglesias] opens things up because his contract was significant,” Minasian said. “And we liked what we got back. We obviously have history together. [Davidson is] left-handed with a strong arm. He wasn’t an easy piece to acquire, but it also opened things up for us financially for the future.”

At the least, the Yankees and the Mets did bolster their bullpens ahead of the trade deadline. The current AL East leaders acquired a pair of relief pitchers in Lou Trivino and Scott Effross. On the other hand, Mets general manager Billy Eppler went out to bring in relievers Mychal Givens and Phillip Diehl.

On the Angels’ part, they sure are now set to be on the lookout for a closer in the offseason. More so, a crucial free agency period sure awaits Minasian as well. 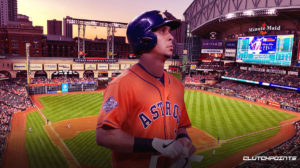