Shannon Sharpe’s net worth in 2021

Shannon Sharpe was a tight end in the NFL for 14 years. He is a member of the NFL 1990s All-Decade Team and a Pro Football Hall of Famer. For this one, we will take a look at Shannon Sharpe’s net worth in 2021.

Shannon Sharpe’s net worth in 2021 is $14 million, according to Celebrity Net Worth.

Sharpe was born in Chicago, Illinois but grew up in Glennville, Georgia. Shannon is the younger brother of former Green Bay Packers wide receiver Sterling Sharpe.

Shannon attended Savannah State in Savannah, Georgia where he played football, basketball, and competed in jumping and throwing events in track and field.

Despite a great collegiate career, Sharpe was not a highly-touted prospect for the 1990 NFL Draft due to his size (6’2, 230 pounds) that the scouts were unsure if he would fit perfect in a wide receiver or tight end role.

Eventually, he was drafted in the 7th round of the 1990 NFL Draft with the 192nd overall pick by the Denver Broncos. Sharpe signed an entry-level contract of $258,500 for two years.

Sharpe started out as a wide receiver but was eventually converted to a tight end after catching only 29 passes as a receiver. He then showed his true worth as a tight end and became an important member of the Denver Broncos squad.

Sharpe helped the Denver Broncos won back-to-back Super Bowls, Super Bowl XXXII and Super Bowl XXXIII. During that span, Shannon signed two contracts with the Broncos: a three-year $3.6 million deal in 1994 and another three-year deal worth $7.5 million in 1997.

Sharpe then signed a four-year $13.8 million with the Baltimore Ravens in 2000. In his first year with the squad, Shannon helped the team win the Super Bowl XXXV against the New York Giants. He spent two seasons with Baltimore before returning to Denver in 2002 with a seven-year $16 million contract.

Shannon Sharpe played two more seasons with the Denver Broncos before calling it a career.

Despite only a relatively short career, Shannon Sharpe stacked up on his accolades and achievements due to his impressive play.

Shannon Sharpe was one of the finalists for the 2009 Hall of Fame class, but he was eventually inducted into the Pro Football Hall of Fame on February 6, 2011, along with Deion Sanders, Marshall Faulk, Richard Dent, Chris Hanburger, Ed Sabol, and Les Richter.

After his playing career, Sharpe joined the CBS Sports pregame show “The NFL Today” as a commentator. This includes the Sprint Halftime Report and the Subway Postgame Show. However, Sharpe’s broadcasting skills was criticized due to his poor grammar and enunciation of words — with many pointing out his noticeable lisp and drawl.

On February 18, 2014, Sharpe and co-host Dan Marino was relieved of their duties as host of The NFL Today and was replaced by Tony Gonzales and Bart Scott. 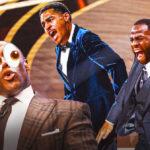 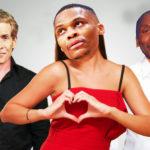 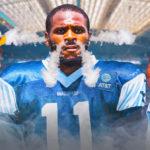 On September 16, 2016, Shannon Sharpe joined Skip Bayless in FS1’s sports debate show named Skip and Shannon: Undisputed. The show is widely known for its hot takes and the comedic back-and-forth between Skip and Shannon.

Shannon is a big LeBron James fan, and he never forgets to remind Skip Bayless of this. Aside from that, Sharpe is also a big social media personality. His usual posts are clips from his various shows, his sneaker collection, or his admiration for LeBron and the Lakers.

He also has a podcast called “Club Shay Shay” where he invites different people, mostly from the world of sports, to discuss everything from their day-to-day life and their grind to a championship.

For all the true football fans, Shannon Sharpe is one of the most entertaining and best players of his time. But for the more recent sports fan, Uncle Shay Shay is a fun-to-watch sports analyst that makes decent points all while entertaining his co-hosts and audiences.