Tiger Woods is considered to be one of the greatest golfers of all time, and he is one of the most well-known, famous, and successful athletes in history. In this post, however, we take a look at his journey to the top and Tiger Woods’ net worth in 2022. 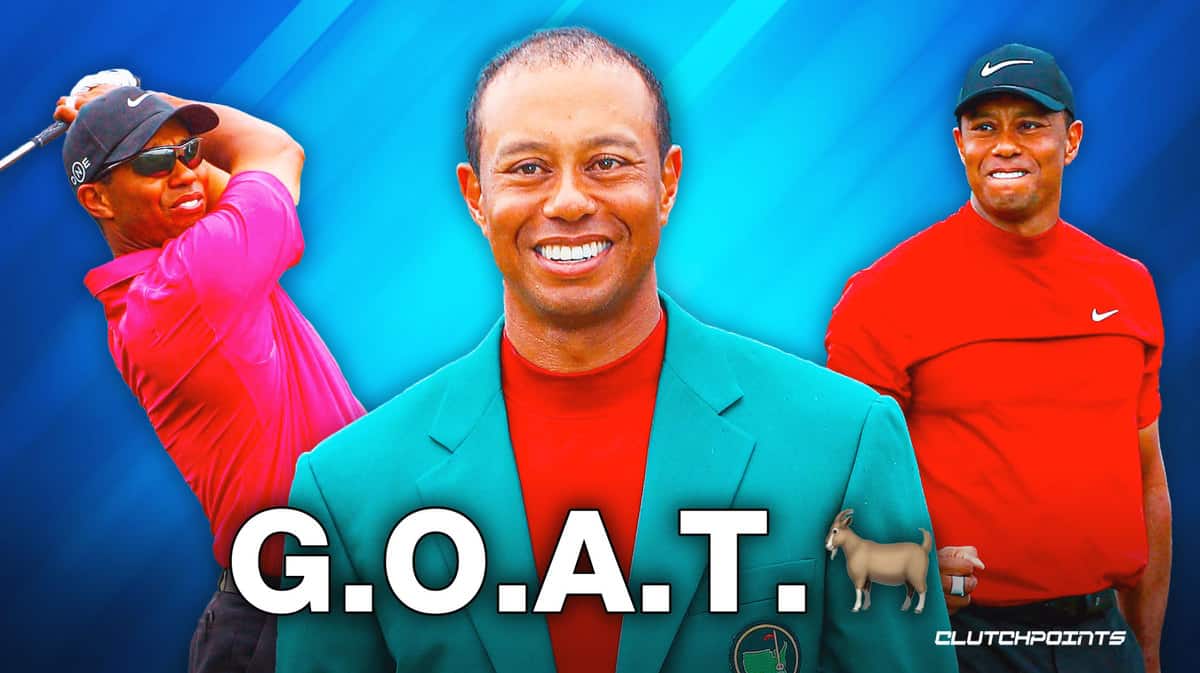 Tiger Woods’ net worth in 2022 is estimated to be valued at $800 million. This is agreed upon by multiple reputable sources such as Celebrity Net Worth.

He broke through the professional scene in 1996, and since then, he has won 15 major championships, and is tied for first for the most PGA Tour wins with 82 — he has 109 professional wins in total. On top of that, he has received multiple awards from the PGA such as the 1996 PGA Tour Rookie of the Year. He is also an 11-time PGA Player of the Year and PGA Tour Player of the Year. To top it all off, he was given the Presidential Medal of Freedom in 2019 and was inducted into the World Golf Hall of Fame in 2021.

Before we dabble into the superstar life of Tiger Woods, let us learn more about where it all started for the Hall of Famer and arguably the Greatest of All Time in the sport of Golf.

Eldrick Tont Woods was born on December 30, 1975, in Cypress, California, to Earl and Kultida “Tida” Woods. He is their only child but he has two half brothers and a half-sister from his father’s first marriage.

His father, Earl, was a Vietnam War veteran and a retired U.S. Army Officer. Earl was an African American and Kultida was from Thailand with a mix of Chinese and Dutch ancestry. His parents met when his father was on tour of duty in Thailand in 1968.

His nickname, Tiger, came from his father’s friend who was a South Vietnamese Colonel named Vuong Dang Phong. Earl chose the nickname to honor him.

Tiger Woods grew up in Orange County, California, and he was considered a child prodigy as he was introduced to golf by his father before Tiger was two years old. Earl was an athletic person himself as he was a single-digit handicap amateur golfer and one of the earliest African-American college baseball players at Kansas State University.

Earl had playing privileges at the Navy golf course beside their training base in Los Alamitos, which allowed Tiger to play there. At the age of three, he shot a 48 over nine holes at the Navy course. When he was five years old, he appeared in the Golf Digest.

By the time he was 7 years old, Tiger won the Under Age 10 section of the Drive, Pitch, and Putt competition at the Navy Golf Course in Cypress. In 1984, Woods won the 9-10 boys’ event at the Junior World Golf Championships. He went on to win that tournament 6 times, including four straight wins from 1988 to 1991.

When Tiger Woods was 15 years and a student at Western High School in Anaheim, he became the youngest U.S. Junior Amateur Champion. He held the record until 2010 when it was broken by Jim Liu. Prior to graduating high school, he earned numerous accolades such as Golf World Player of the Year, Golf Digest Amateur Player of the Year, and the only three-time winner of the U.S Junior Amateur Championship.

Tiger Woods decided to enroll at Stanford University under a golf scholarship. During his time there, he was voted Pac-10 Player of the Year, NCAA First Team All-American, Stanford’s Male Freshman of the Year, and the NCAA individual golf championship. He only spent two years at Stanford in order to become a professional golfer.

In August 1996, Woods turned professional at the age of 20 years old and he immediately signed endorsement deals with Nike and Titleist. In the same year, he was named the PGA Tour Rookie of the Year and was Sports Illustrated’s 1996 Sportsman of the Year.

On April 13, 1997, he won his first major, The Masters, making him the tournament’s youngest winner at the age of 21. He also set the record for the fastest climb to the No. 1 spot in the Official World Golf Rankings.

In 2000, Woods won six straight events in the PGA Tour — the longest streak since Ben Hogan in 1948 — including the US Open where his performance was dubbed as “the greatest performance in golf history” by Sports Illustrated as he won it with a record 15-stroke margin.

At the age of 24 years old, he became the youngest golfer to achieve the Career Grand Slam. By the end of 2000, he was named Sports Illustrated Sportsman of the Year and was ranked by Golf Digest magazine as the twelfth-best golfer of all time.

In April 2008, Woods underwent knee surgery that made him miss the next two months of the PGA Tour. He returned for the US Open but struggled on the first day. Despite his struggles, he eventually got the dramatic win.

“My greatest ever championship – the best of the 14 because of all the things that have gone on over the past week,” he said after picking up the trophy.

Following his victory, he announced that he would miss the remainder of the season as he will undergo additional knee surgery after he further damaged his knee during the US Open.

Despite a number of down years throughout his career, Tiger Woods still dominated and showed why he was the best golfer of all time.

Unfortunately, Tiger Woods was hospitalized after a horrific car crash that required emergency surgery to repair multiple fractures on his leg. A few months after the accident, he said in an interview with Golf Digest that his full-time career as a professional golfer is over, but he will continue to play in a few events per year.

Most recently, he was seen with his son, Charlie, during the 2021 PNC Championship as they competed as a father-son duo.

Tiger Woods created a monster so he’s just standing there laughing while the rest of the golf world is shaking pic.twitter.com/84Y65Qfqmv

As for his endorsements, he has deals with General Motors, Titleist, General Mills, American Express, Accenture, and Nike early on in his career. He is credited for the rise of the Nike Golf brand to become the leading golf apparel company in the world. He also endorsed the PGA Tour video games when it was developed by Electronic Arts, and later by 2K Sports. All of this, obviously, helps to add to Tiger Woods’ Net Worth in 2022.

Woods also partnered with brands such as TAG Heuer, Gillette, Gatorade, Bridgestone, and Monster Energy, among others. Unfortunately, his infidelity scandal in 2009 made him lose multiple sponsors at that time.

Despite that, he bounced back and made a lot more money after re-joining the PGA Tour and winning more tournaments.

In 2021, Forbes ranked him 12th in their list of The World’s Highest-Paid Athletes Earnings.

Tiger Woods, along with his father, launched the TGR Foundation in 1996 with hopes of helping young people by giving them the tools and support that they need to discover their interests, enhance their knowledge, and build their own paths.

He also started TGR Design with the goal of designing fun and challenging golf courses. Based on their website, the company currently has at least 10 courses that they have designed.

Tiger Woods will certainly go down as the best golfer in the history of the sport. Despite all of his shortcomings, his skill and ability on the golf course make him one of the most well-accomplished and well-known athletes in the world.

With all of that being said, were you surprised about Tiger Woods’ net worth in 2022?